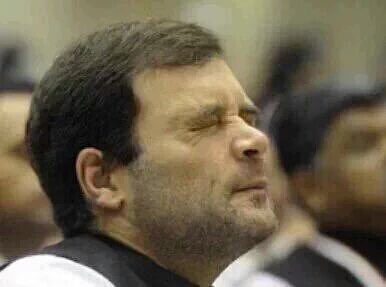 Social Media erupted today when pictures of Rahul Gandhi’s name in the Somnath Temple’s ‘Non Hindu register surfaced. Following that, Congress came out with confused justifications and declared that ‘Rahul Gandhi is not just a Hindu, but is a ‘janeu dhaari Hindu’.

As expected, Twitter erupted yet again, questioning Congress on its recent claim of Rahul Gandhi being a Brahmin Hindu.

Believe one’s religion is a v.personal choice & normally shouldn’t be part of public debate.However relevant when public figures misrepresent their faith for votes or to diss Hindus under cover 2/2

#RaGaSomnathSelfGoal All it takes is a declaration. Why isn’t it on his Wikipedia profile. Remember in 2106 the Hindu, Christian and then Indian controversy? Even today, He has signed a regular visitors register. Let the person who signed the Non Hindu Register speak up…

#RaGaSomnathSelfGoal Cong claims entry shown around by BJP is fudged. Alludes to Rahul wearing sacred thread (Janeoo) during funeral rites of his father. But why cant RaGa post declaration? as @Swamy39 asks, Are You a Hindu, Rahul?

This 1998 New York Times article said by certainty that Rahul Gandhi and Priyanka were raised as Roman Catholics. This was never denied. Did Rahul Gandhi convert to Hinduism there after? https://t.co/ha2JX1Qjo8 watch this video pic.twitter.com/LS1MRuodFz

Feroze Jehangir Ghandy was born Parsi and there is no history of conversion to Hindu by Rajiv Gandhi.

Assume Rahul Gandhi converted later to Hindu religion, still there is no provision to become Brahmin caste by choice.

Congress says Rahul is a janeu dhaari Hindu because there are pictures of him wearing a Janeu.

Here’s a picture of him wearing a skull cap.

So which one is he? pic.twitter.com/Ujzszq8IfK

Huge outcry when @narendramodi said he was a proud Hindu. And now they’re projecting Rahul Gandhi as being creme de la creme of Hindu casteist society. This Manuvadi behaviour stinks

Questions are being raised about his lineage and how he can possibly be a ‘Brahmin Hindu’. Some were even seen seeking proof of his ‘Upanayan’. Journalist from ABP, Vikas Bhaduria also raised questions as to why the Congress party never countered claims of the 1998 New York Times article that proclaimed that Rahul Gandhi and Priyanka Gandhi were raised as devout Catholics.

While questions and conspiracy theories grip Social Media, Congress party seems to be spinning a tangled web for itself.