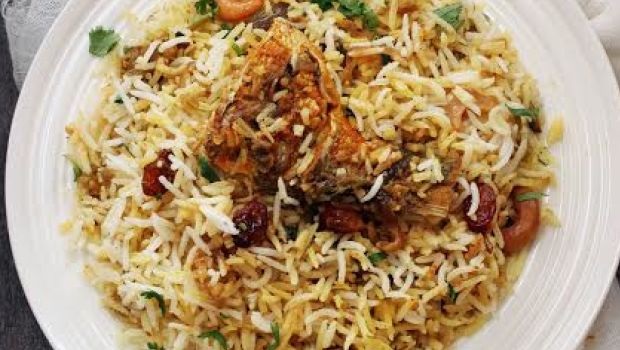 Something is always cooking in JNU. Today, news broke that a JNU student had been fined for cooking Biryani. Business Standard used this headline:

A journalist further claimed that the student was fined for eating Biryani:

Just recently the JNU VC was subjected to a farcical kangaroo court by left leaning faculty. Today too, people did not lose the chance to attack the JNU VC. Reactions on social media too showed their outrage over this seemingly “sanskari” fine:

Congress leader Shehzad Poonawalla, who is not related to the other famous and respectful Poonawallas, and who is in a constant fight to set newer lows in political discourse, also chose to attack the BJP Government at the centre:

So was a JNU student victimized for merely cooking or eating Biryani as some have claimed? Not quite. The complete picture was revealed with a copy of the order which levied the fine:

Rs 6000 fine imposed on a student, he was involved in cooking Biryani near the stairs in front of Administrative building on 27th June, and eating it thereafter along with other students. This act is serious in nature: JNU pic.twitter.com/zujhc2Iscp

Thankfully, most other media houses had at least reported the full facts in the headline, unlike the Business Standard which carried a click-bait, truncated headline, while mentioning the core issue in the article:

Even so, a Rs 6000 fine for some innocent students cooking Biryani could be a bit steep. But was this an innocuous act of cooking food or Biryani at a random place? Probably not.

The incident has got more to do with the hatred the JNU VC has been facing in recent times. A report claims that the JNUSU president Mohit Pandey and Satarupa  Chakraborty had gone to the V-C office to raise students’ issues. However, after the V-C allegedly did not meet them, they camped outside the Administrative Block overnight and made biryani. This was a form of protest, because prior to this, the JNU administration as well as the Delhi High Court had banned protests within 100 metres of the Administrative Block.

The report further claims that for the above, Chepal Sherpa, Amir Malik and Manish Kumar — were fined Rs 6,000 each, and former JNU Students’ Union general secretary Satarupa Chakraborty was been fined Rs 10,000. She was also punished under another clause for “leading the protest demonstration along with slogan shouting against Vice-Chancellor, administration and Professor Atul Johri, and sitting inside the V-C’s office… even after repeated requests from CSO (Chief Security Officer) and security personnel”.

Not an incident of merely cooking or eating Biryani then? Also the question arises, Why did the students choose only Biryani? It certainly isn’t the easiest to cook. Or was it because they wanted it to be Biryani so that the usual suspects could make it a BJP vs Biryani, or better yet, BJP vs Beef issue? Cooking Khichdi in protest doesn’t have the same ring now does it?