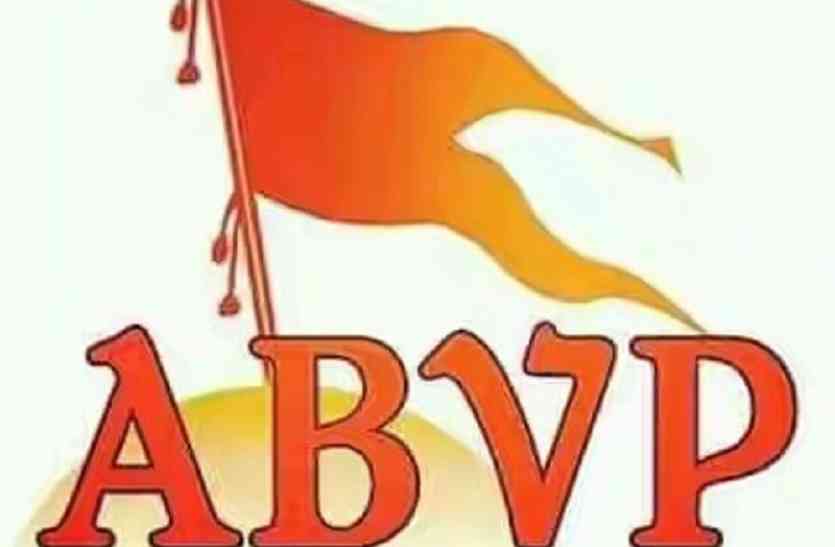 On 25th November 2017, ‘The Quint’ published an article based on ‘news’ put out by the Congress mouthpiece National Herald. The Quint report was headlined ‘After JNU and DU, ABVP loses Gujarat Central University polls’.

The opening paragraph of the article clearly stated that the report had been taken from National Herald which is not only a Congress Party mouthpiece but is also in the eye of massive Income Tax investigations for alleged scam. Rahul Gandhi and Sonia Gandhi are two of the Congress leaders who are accused of being directly involved in this alleged scam. ‘The Quint’ report also quoted Kavita Krishnan, the left wing ‘activist’ talking about how this is a huge setback for BJP. This quote had also been taken from National Herald. Today a clarification was tweeted refuting the publication’s claims.

Contrary to #FakeNews by @NH_India and @TheQuint , @ABVPVoice has won 7 out of 10 seats in Central University of Gujarat, 5 unopposed. pic.twitter.com/Oh5N5wagte

Mr. Chauthaiwale claimed that ABVP had actually won 7 out of 10 seats in Central Gujarat University and out of the 7 seats, ABVP won 5 of them unopposed. He tweeted a Press Release on the ABVP letterhead.

The ABVP Press Release claimed that the student body is confident of getting the Convenership, Co-convenership and and Office Secretary of Student Council with its recent win in Central University of Gujarat.

The original article in the ‘National Herald’ was written by a journalist called Vishwa Deepak. Vishwa’s shot to fame when news surfaced of him resigning from Zee News because he was unhappy with the way the channel handled the ‘JNU controversy’ which wasn’t surprising considering Vishwa’s personal political beliefs.

It is thus intriguing that National Herald would employ someone who holds political views that are detrimental to the sovereignty of this country. 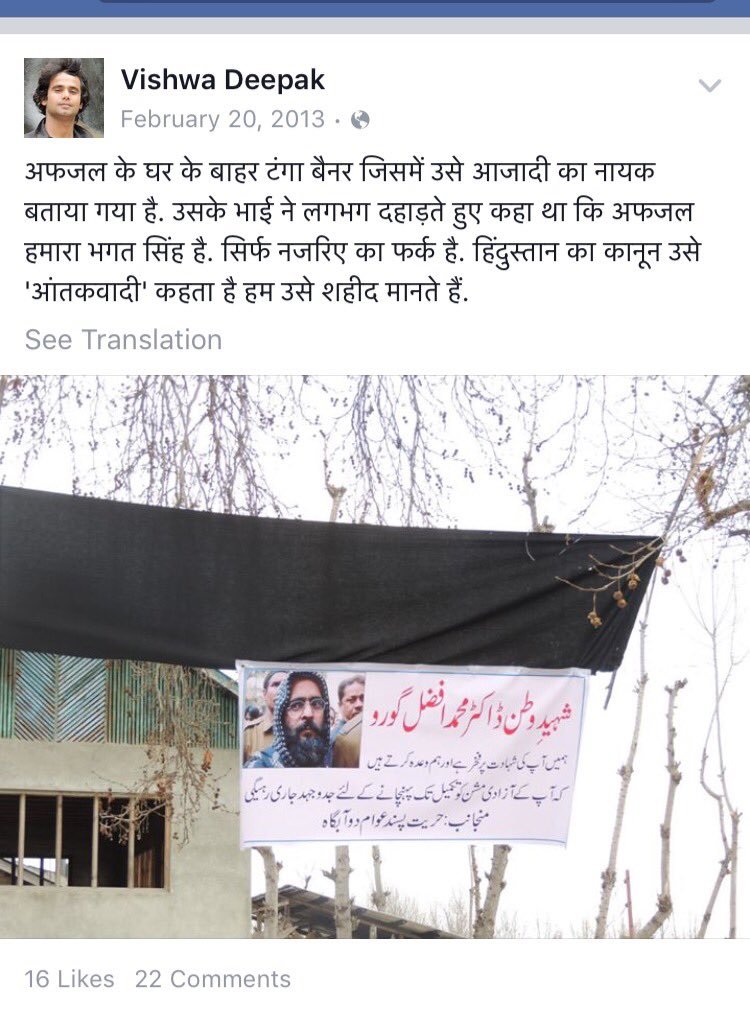 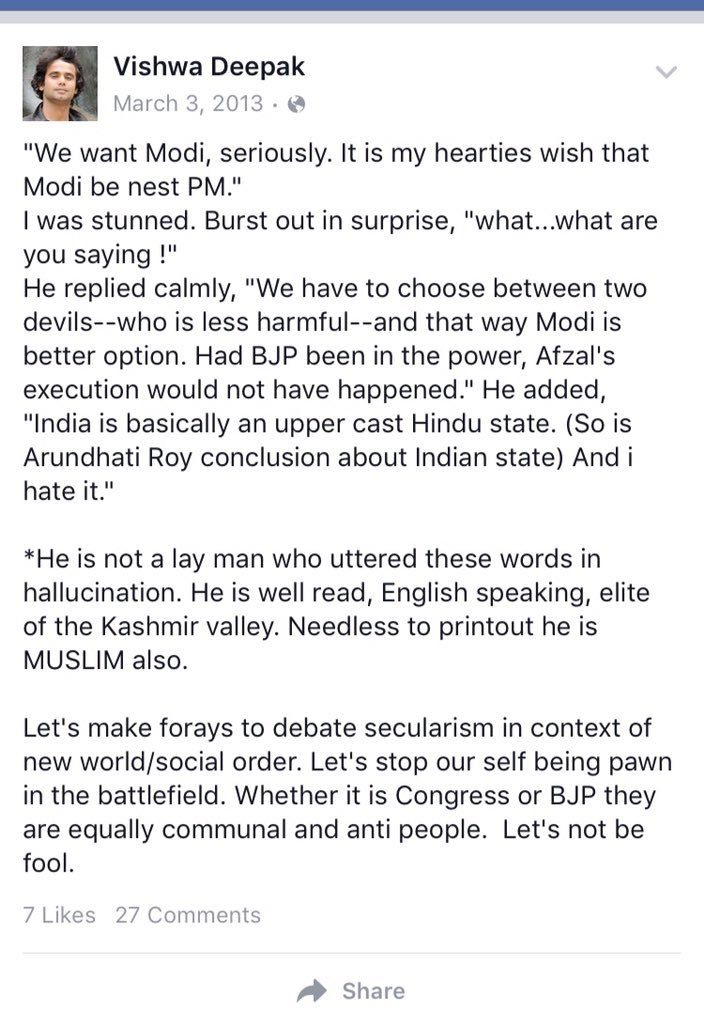 While such blatant agenda peddling is expected from National Herald being a party mouthpiece, it is tragic that ‘The Quint’ would run unsubstantiated news from a portal that parrots a party line and not authenticated news.