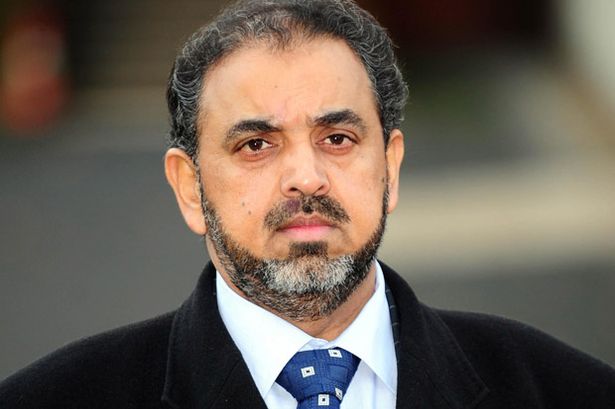 The official Twitter handle of the Indian High Commission also shared pictures of the beautiful event.

Media reported clashes between Pakistan protesters and Indian nationals outside the India House on Republic day. The two groups shouted slogans at each other. Pakistanis shouted ‘Khalistani Azaadi’ and ‘RSS terrorists’. While Indians shouted ‘Vande Mataram’ and ‘Modi, Modi.’ The ‘Black Day’ protest was organised by a Pakistan-born member of House of Lords, Nazir Ahmed. It was also reported that Indian flags were torn by hand and shredded under foot by Pakistani protesters.

Lord Nazir Ahmed had hired five private billboard vans showing ‘Free Kashmir’ Free Khalistan”, “Free Assam”, “Free Nagaland” and “Free Manipur”. These vans were to be used for anti-India campaigns by Lord Ahmed. He told The Hindu, that these vans will drive across central London.

#FreeKashmir campaign in #London. Listen to @nazir_lord and his support for “#India leave #Kashmir” pic.twitter.com/Ole1RZpaAi

Twitterati criticize protests
Several prominent personalities on social media have expressed their doubts about the credentials of ‘Lord Nazir’ and expressed concerns over his plans to portray India in a bad light on the occasion of Republic Day.

Lord Nazir Ahmad, MP (House of Lords) has probably given you posters to print with FREE KHALISTAN, FREE NAGALAND, FREE ASSAM for pasting on cabs on 26 Jan. Do ensure that you take full payment in advance. He is so slippery, eels look up to him.

Lord Nazir Ahmed has a dubious record in public life

Mr Nazir Ahmed is a former member of the Labour Party in Britain. He was recommended to the House of Lords by former British PM Tony Blair. He was suspended from the Labour Party following several controversies. He was involved in a Case of a fatal car crash in 2007 following which he was awarded a prison sentence. The prison sentence was later reduced in a court of appeal. He later went on to blame a ‘Jewish conspiracy’ for his prison sentence for which he was severely criticised. He has also been involved in other controversial issues in the past.

Usual elements within India further the “minorities under attack” narrative

Interestingly, none of these issues regarding Mr Nazir Ahmed’s controversial past were mentioned in an NDTV report where he was cited as a ‘British Lawmaker’ who was planning Anti-India protests in London. Prominent people and controversial journalists have tweeted about his Anti-India protests. They did not criticize Lord Nazir’s protests in front of India House. Instead they seemingly sought to further the ‘minorities not safe’ propaganda using this incident.

It appears that the usual suspects in India, who have forgotten how to differentiate between their anti Modi agenda and an anti India agenda at large, are in solidarity with Lord Nazeer’s protest on Republic day, simply because it might help them further their “minorities under attack” narrative.