A resolution passed today by the Joint Forum of Delhi Government Employees demanded a written apology from the Delhi Chief Minister Arvind Kejriwal and Deputy Chief Minister Manish Sisodia as a prerequisite for any further dialogue between the political executive and government employees. The resolution was passed in the wake of the alleged assault by Aam Aadmi Party MLAs, including AAP chief Arvind Kejriwal on Delhi Chief Secretary Anshul Prakash.

The Employees’ Forum expressed disappointment that instead of apologising for the physical assault on the government servant, Delhi chief minister and deputy chief minister are in denial, implying that they were part of the conspiracy. Since they are both identified in the FIR, the Forum appealed to the LG and Delhi Police Commissioner to take the action as per law against the CM and Deputy CM, both.

The Forum further noted that not only has the political executive been in denial of the alleged assault, more incidents of public representatives misbehaving and threatening government servants have taken place in the intervening period. The Forum noted that a threat was allegedly made by an MLA, who is not named, in front of the CM and Deputy CM, but both chose to not condemn the same.

Keeping that in mind, the Forum has resolved not to hold any more dialogues with the political executive and communicate only through formal written communication. Hence, while the Forum has resolved to continue working and fulfilling their duties, they will hold a 5-minute silence at 1:30 pm during their lunchtime, as a mark of protest till the time such an apology is not tendered. The Forum also assured the citizens that they are bound by their duty to work for the general public and there will be no stoppage of work.

You can read the full note here: 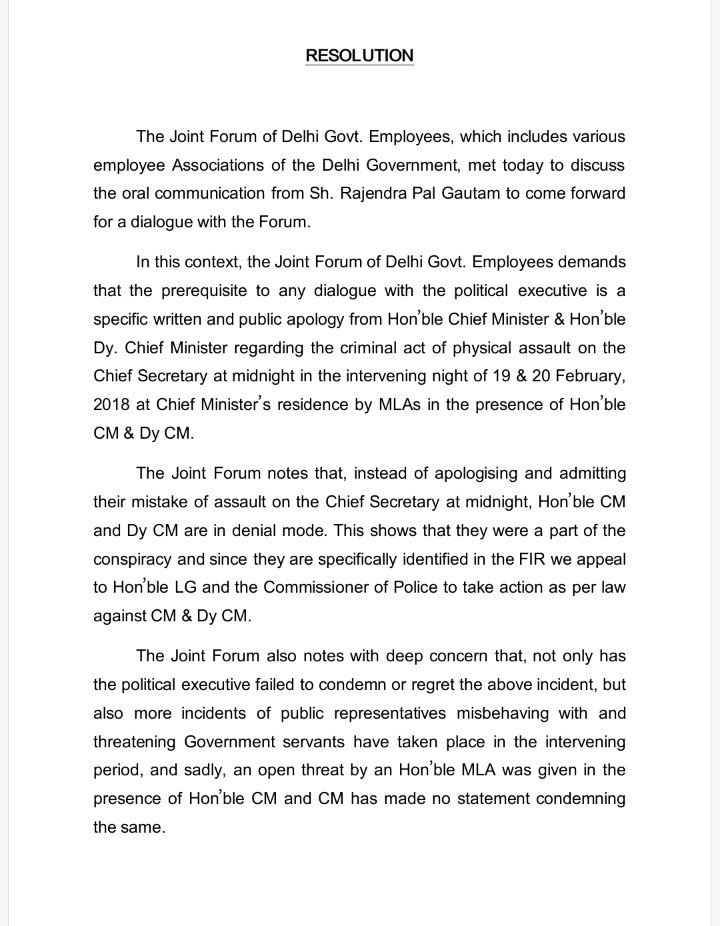