OpIndia
Home Opinions With the US cutting down aid, Pakistan tries to sell itself to China
Opinions

With the US cutting down aid, Pakistan tries to sell itself to China 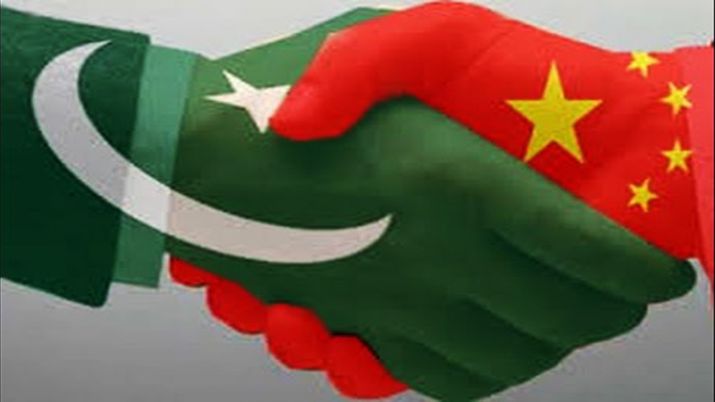 In December last year, Pakistani newspapers reported that Pakistan is giving the Chinese currency Renminbi (RMB) the status as the second international currency, at par with the US dollar.

Pakistan’s planning and Development Minister Ahsan Iqbal and Chinese ambassador Yao Jing had together launched the Long Term Plan (LTP) of the China Pakistan Economic Corridor for 2017-2030. Amongst the salient features of the plan, there was the point of treating the RMB as equal to US dollar and allowing Chinese investment in agriculture production. The plan stated that the decision to use RMB as the second international currency will lessen Pakistan’s reliance on the dollar. It further added that Pakistan shall promote the construction of Gwadar Port Free Zone and explore RMB offshore financial business in Gwadar Free Zone. Both countries shall strengthen financial cooperation between their free trade zones and explore the formation of an RMB backflow mechanism, it asserted.

The Pak Minister was quick to offer an explanation. He assured that the RMB will be only used in bilateral trade and not in Pakistan’s internal transactions. Early in January this year, The State Bank of Pakistan made it clear that all the arrangements to make the RMB the currency for bilateral trade and Chinese investments in the country are already in place.

While the government officials and politicians in Pakistan never miss an opportunity to hail China as their “all-weather friend”, the reality of the Chinese penetration inside Pakistan’s trade, policies and economy is not lost on anyone. International watchers and economists often have warned of negative and possibly irreversible consequences it might hold for Pakistan. Even Pakistan’s lawmakers have expressed fears over whether CPEC will turn into another East India Company.

Their fears are not insubstantial.

In May 2017, Pakistani media outlet The Dawn published a report on the CPEC Masterplan. The report explained in detail how China plans to expand its investments and thus its hold on the Pakistani economy, agriculture, Industry and even culture. The CPEC, which so far has only been considered a road, is, in fact, a part of China’s strategic take over of Pakistan’s land, resources and as some fear, possibly its sovereignty.

The master plan had the following features: 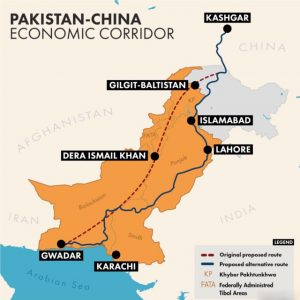 There is, however, another angle to China’s interests in Pakistan. China’s Xinjiang Province. The Kashgar prefecture comes under the larger Xinxiang Autonomous zone and is a desolate, remote territory. Trade is hard in this region due to geography and it has a poverty rate of 50%. The CPEC is Kashgar’s ticket to the world. Interestingly, Xinjiang is China’s only Muslim Majority region. Its mainly populated by Uighur Muslims and has been the centre for separatist movements. An extended surveillance and security network over this region only helps China’s cause. China also has large business interests in the middle east, and Pakistan will be a significantly short and cheap route. China has also been considering to find an alternative route to the straight of Malacca.

Providing loans, taking up infrastructure projects and eventually taking over territory is not something new to China. Just months ago, China has taken the Hambantota port in Sri Lanka on a 99-year lease. The CPEC brings a huge national debt on Pakistan, that too when material, manpower and subsequent business all belongs to China and Pakistan has so far gained very little from it. The Chinese corporations working there do not even enter into partnerships with local Pakistani companies. According to estimates loans involving CPEC will add an extra 14 Billion to Pakistan’s total public debt. the total debt is expected to become 90 Billion USD by June 2019. Pakistan’s fragile economy amidst rampant corruption and security issues cast a heavy doubt over the viability of any project in the country.

In layman’s words, China is selling its products, employing its own people, building a market for itself, giving loans, and using Pakistan’s lands and Pakistan is happy for it.

Pakistan has contracted another foreign commercial loan of USD 500 million from Chinahttps://t.co/zl9W0SeTaB

The US, especially after Donald Trump became President, is taking a hard stand on Pakistan. They have stopped military aid and with the desperation mounting, Pakistan is keen to be seen with powerful allies. But it its haste to be taken seriously in world platform, Pakistan has been sinking deeper into its own problems. China has started affecting Pakistan’s policies and internal affairs. Recent reports suggested that China has been holding secret talks with Baloch rebels for the safety of the CPEC since as long as five years. China has invested more than 60 Billion USD in the project and it is well expected that they will try to protect it at any cost.

Pakistan’s fading relationship with the US and India’s renewed outreach with middle eastern nations and Afganistan seems to have pushed Pakistan into a corner. Pakistan has become so invested in the project that it is willingly handing over its resources and economic future to China. Pakistan hopes the CPEC to be its road to a dreamy future. But the road has all the visible characteristics of becoming a noose around Pakistan’s neck.