Sunday morning we woke up to untimely demise of actor Sridevi. Even as the condolence messages from fans were pouring in, India media decided to lower its bar in vulture journalism by not only floating bizarre conspiracy theories around her death, but also coming up with graphic representation of how she may have died.

Here are some of the best (or worst, whichever way you see it) graphics. Here, on TV9, the graphic shows Boney Kapoor looking at his dead wife in a bathtub. 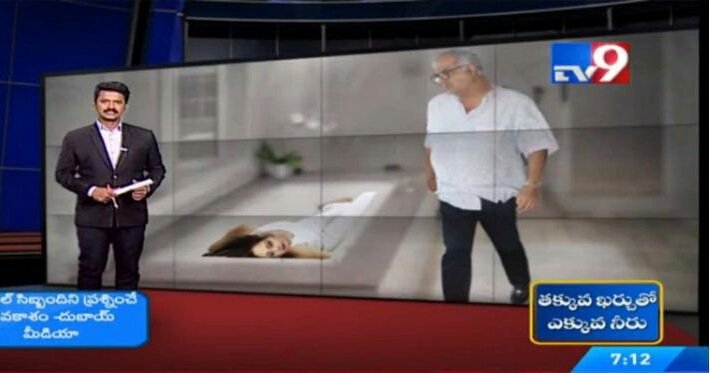 Aaj Tak was most creative in terms of coming up with the caption. Notice the touch of Sridevi’s photo in a frame above the ‘Maut Ka Bathtub’? Classy.

But ABP news takes the cake when it comes to sensationalizing Sridevi’s death. ABP News had created dramatized graphics for the last 15 minutes of Sridevi’s life, which she probably spent in the bathroom. Remember, there is no concrete evidence on how exactly she died as matter is under investigation. But why let facts come in way of drama? 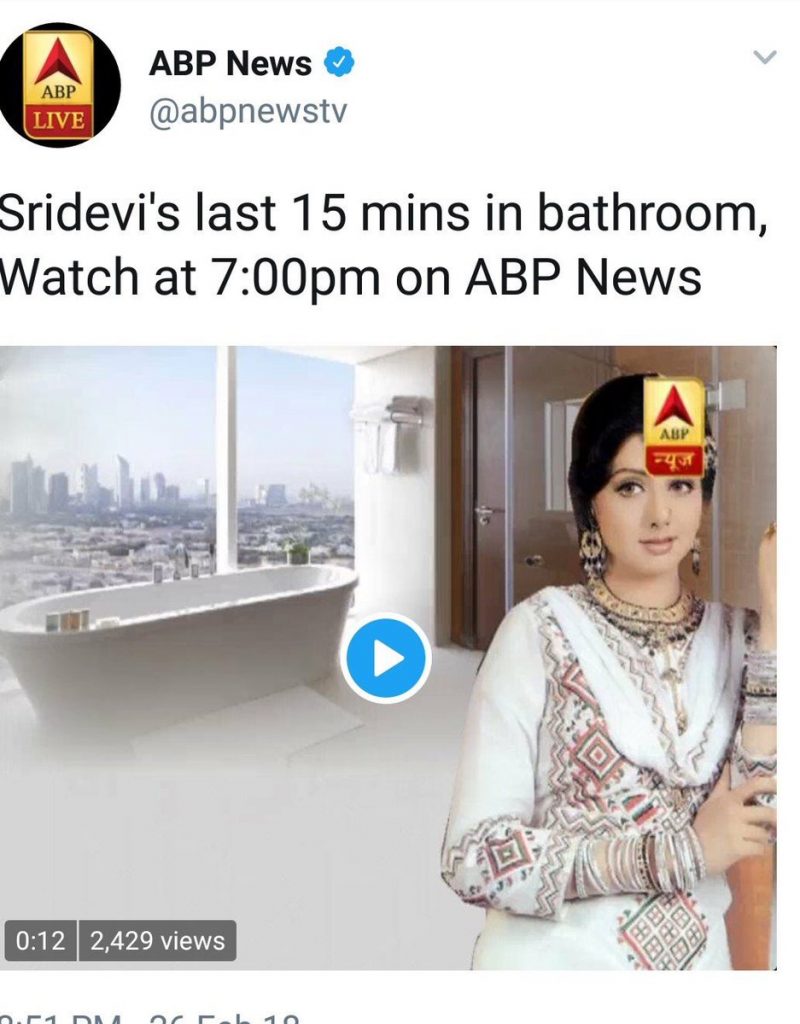 Unbelievable. ABP News has added the classy touch of a wine glass on the bathtub. The anchor has landed in this graphic bathroom to reconstruct how Sridevi might have died. 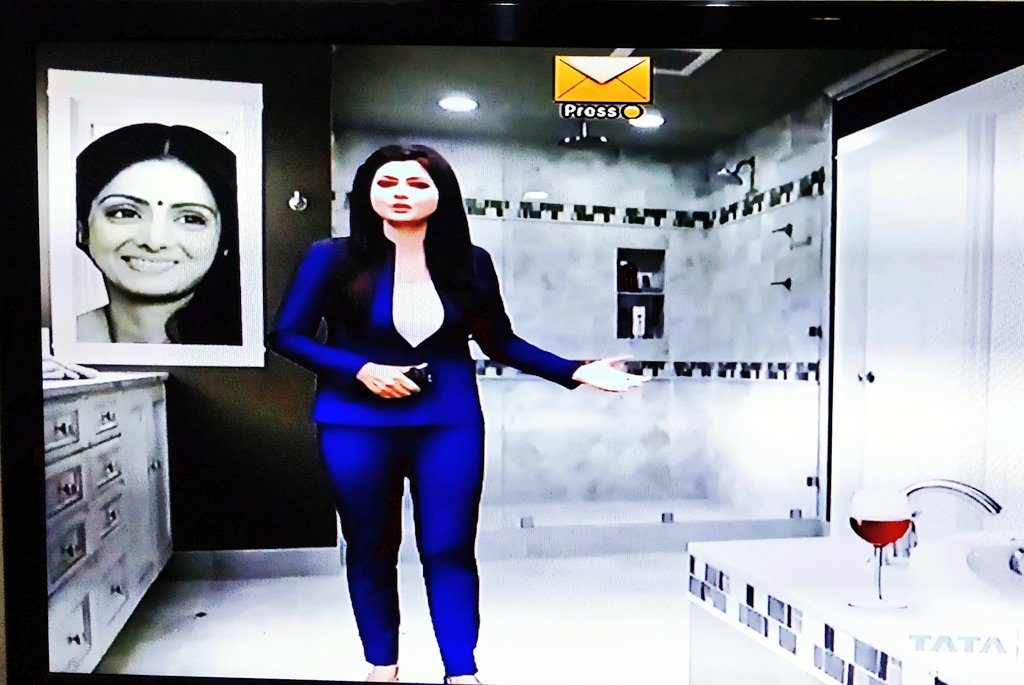 ABP News again. The news channel which depends on social media for news. And of course, we know how reliable social media is as a source. 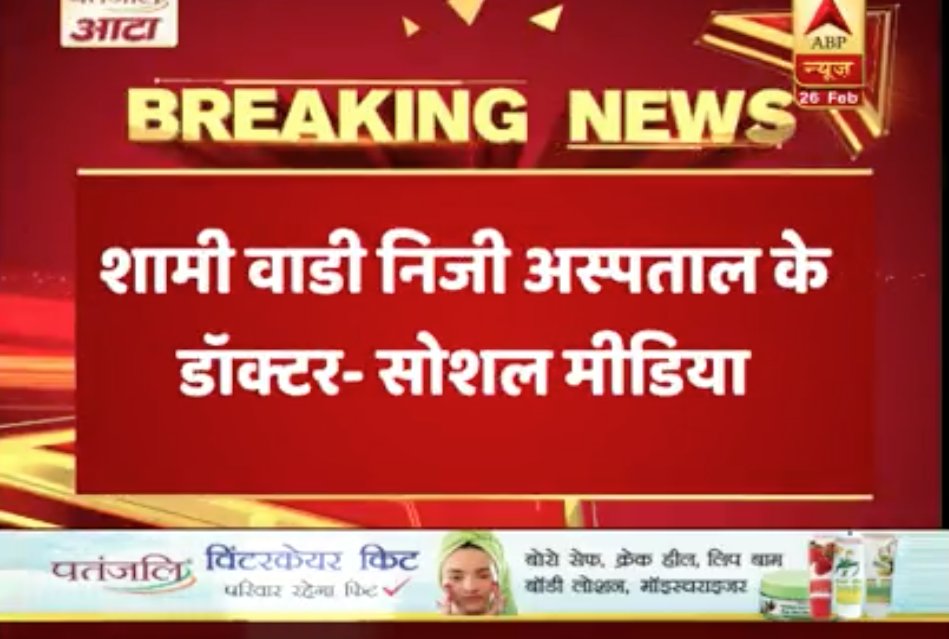 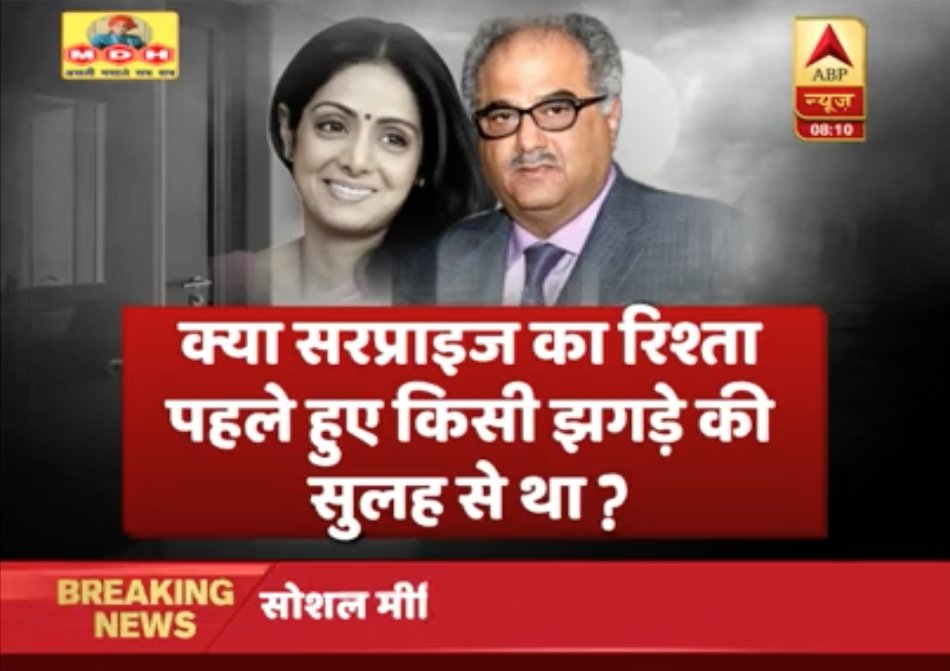 Again, how dare a husband take his wife out for a dinner date? What an outrageous and criminal idea! 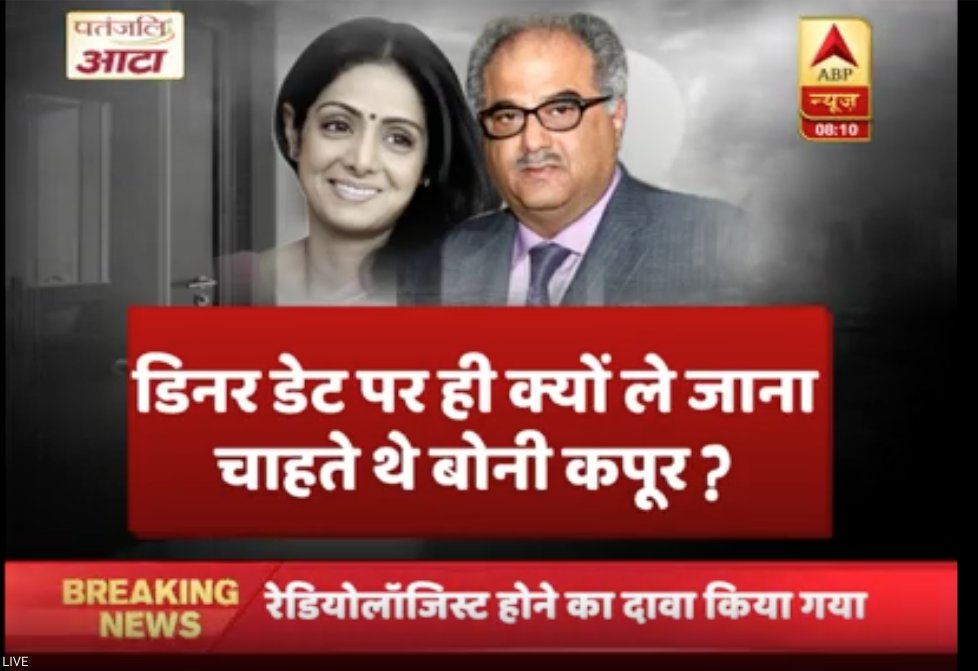 But was he even there during her last moments despite his idea of giving her a surprise and taking her out for dinner? What kind of evil husband would even do that, right? And then there is Times Now. It should contemplate turning itself into an investigating agency. They have dimensions of bathtub and Sridevi’s height and are discussing how can someone who is 5’6” die by drowning in a bathtub which is 5′ wide and 13” deep.

We are not sure how Sridevi died, but last night we all witnessed how the Indian media died.

A huge number of people are suspected to have been infected with the Chinese Coronavirus from Markaz, Nizamuddin.
Read more