OpIndiabringing the \'right\' side of India
More
HomeOpinionsThere seems to be no scam in the Rafale deal unless Congress dreamt one...
Opinions
Updated: 12 February, 2018

There seems to be no scam in the Rafale deal unless Congress dreamt one up : All you need to know

Of late, the controversy around the Rafale deal signed between the Indian and French governments for 36 Rafale jets has dominated the news. While the opposition led by Congress sees a potential scam in the deal which it can use for the crucial 2019 General Elections, the government has strongly denied any wrongdoing. Defence deals are always complex with cumbersome negotiations, therefore there are no easy answers to several questions raised.

In order to find the answer to the question “Is the Rafale deal a scam?”, we have to look at the chronology of events (which is spread over more than a decade), go through publicly available documents and arrive at some logical assumptions.

The events date back to the early 2000’s when the requirement to procure new combat aircraft was felt to strengthen the IAF fleet. The Medium Multi-Role Combat Aircraft (MMRCA) procurement process was initiated in 2007 with a request for proposal (RFP). There were 6 combat aircraft in the race and were evaluated by the IAF technical team: Boeing’s F/A-18E/F Super Hornet, Lockheed Martin’s F-16IN Super Viper, RAC MiG’s MiG-35, Saab’s Gripen C, the Eurofighter Typhoon and Dassault Rafale. The evaluation phase lasted for close to 4 years and by 2011 only Eurofighter Typhoon and Dassault Rafale remained in the competition.

In January 2012, Rafale was selected as the winner of the MMRCA process and the price negotiation started for the procurement of 126 Rafale jets. Out of 126, 18 were to be provided in flyaway condition and rest of 108 were supposed to be assembled in India at HAL facilities after a Transfer of Technology (ToT). The discussions reached a deadlock and many reports blame the then Defence Minister AK Antony’s overcautious approach as he wanted to steer away from any potential corruption scandal. This was in 2012 when some major corruption scandals had surfaced and there was an anti-corruption sentiment in the country aided by Anna Hazare’s fast demanding for a Lokpal law.

The negotiations didn’t progress and the process went into limbo for almost two years till Narendra Modi’s BJP came to power.  In July 2014, Eurofighter offered a 20% reduction in price for Typhoon.

As per this offer, a deal with Eurofighter would have cost less than the Rafale deal and that brings the first allegation against the NDA Government. Critics have raised questions on why the government passed over such a lucrative offer and pursued the Rafale deal negotiations of which was already stuck because of the price. The answer lies in the “Defence Procurement Procedure“. It doesn’t allow to consider a revised bid from another bidder when a tender is active and in the commercial negotiation phase.

In 2015, the government declared the lengthy MMRCA process as dead. Instead, the Modi government decided to acquire 36 Rafale jets off the shelf as the ageing IAF fleet was depleting fast and the decade-long negotiations had resulted to nothing. India confirmed the order for 36 Rafale jets in 2016 signing an intergovernmental agreement with France with the price of the deal at Rs 58,000 Cr.

Now, let’s come to the biggest contention of the opposition, which is the price of the deal. The Congress claims that they had negotiated a deal of Rs 54,000 Cr for 126 jets whereas the NDA bought 36 jets for Rs 58000 cr that too without any transfer of technology.

Though it looks like a huge question mark, the truth lies in the details. First of all, the UPA government didn’t finalise any deal with Dassault. Second, the figure of Rs 54,000 cr was an estimate based on 2011 prices. Third, there’s no clarity if the estimate of Rs 54,000 cr includes the cost of spares, weapons system, maintenance. Fourth, it is futile to compare a deal where major manufacturing was supposed to happen in India with a deal in which India was procuring jets in ready to fly condition.

To be honest, there are enough price figures available in the public. On November 18, 2016, Minister of State for Defence Dr Subhash Bhamre told Lok Sabha in a written reply to unstarred Question 533 that the “cost of each Rafale aircraft is around Rs 670 crore“.

The total deal size is at Rs 58,000 Cr which includes the cost of the weapons system, spare parts, maintenance and logistical support etc. apart from the cost of 36 ready to fly Rafale jets. Now the reason cited by the government (MoD press briefing as well as Arun Jaitley’s reply in the Parliament) for not giving the cost of the specifics is that it will reveal the specific subs systems used in the jets. The argument sounds logical as you wouldn’t really want the enemy to know (or make an informed guess) what the fighter jets are capable of even before the jets are deployed. Also, the aircraft manufacturer wouldn’t want these specific details to be made publicised to protect its commercial interests which makes pretty solid ground for the secrecy clause in the contract. There is also a talk of the nuclear delivery role of the Rafale jets. If there indeed will be a nuclear delivery mechanism installed in these jets, the secrecy around the components of the jets is obvious.

Then comes the allegation of the govt. favouring Anil Ambani’s company Reliance Defence Limited as Dassault’s partner. The reality is Indian govt.’s deal is with Dassault. Whom Dassault chooses as its partner (as part of the offset clause of the deal) is Dassault’s prerogative. Dassault has also selected DRDO as one of the major partners as part of this clause. Read more about the offset clause here.

Going by all publicly available documents and arguments, there doesn’t seem to be any impropriety in the whole Rafale deal. In fact, PM Modi should be appreciated for his personal intervention to finalise the Rafale deal to strengthen the ageing IAF fleet after the initial decade-long negotiations failed under UPA. 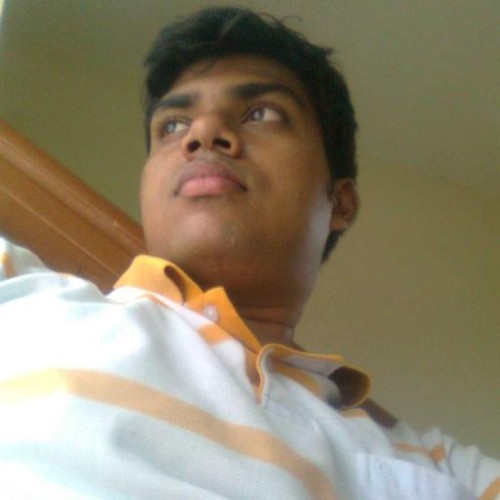