OpIndiabringing the \'right\' side of India
More
HomeEconomy and FinanceTo the angry middle class, read it before you press NOTA, or worse, choose...
Economy and FinanceOpinionsPolitics
Updated: 18 March, 2019

To the angry middle class, read it before you press NOTA, or worse, choose Congress

The Indian middle class is Outraged. Outraged because Jaitley didn’t give any rebates in the Union Budget 2018 for the salaried class, the middle class. It seems to be the general opinion among many in the middle class that Modi has cheated them and fooled them.

The anger is real and many sarcastic and angry meme’s and jokes about the budget being shared with gusto. They are ready to vote NOTA rather than elect a “backstabber Modi” again. Their rationale being that they won’t vote Congress, they however don’t realise that they might indirectly help Congress.
That’s what I have been hearing from friends, colleagues, neighbours – everyone around. Including those who did not even vote for Modi in 2014.

Irony is – even self-declared ‘NRI intellectuals’ are complaining and shedding tears for the middle class:

So what are they angry about?

“There was nothing in the budget for middle-class/salaried-class”

Appears that middle class has confused the Budget with the recurring “Discount” “Off-Season Sale”, “Bumper Sale”, “Big India Sale” banners that they have got addicted to. Amazon does a “Great Indian Sale” in January, Arun Jaitley must do a “Great Budget sale” in February. Well, the Budget is not a discount sale.

The middle class should stop looking for rebates and discounts, reductions and benefits every year. Salaried class got some rebates this year too, apart from some over last few years. It is incorrect to simply forget that, and ask for rebates every year. Just because Subramanian Swamy talks of ‘Zero Income Tax’ or media speculated about no tax up to Rs 10 lakhs, doesn’t make them automatic entitlements to get or an obligation for the government to adhere to.

And while we are at it, as a bigger consumer of goods and services, middle class benefited most from the GST regime. Those struggling to make ends meet don’t care about restaurants and hotels. You pay 5% GST now, compared to a 18% Service Tax earlier on that dinner out. That rebate is entirely yours. And scores and scores of such other brackets where taxes reduced after GST. It would serve the middle class well if benefits are viewed with complete facts, rather than focusing just on tax rebates or buying Rahul Gandhi’s “Gabbar Singh Tax” idiocy.

“We pay all the taxes! Everyone else lives off us”

This is perhaps the biggest self-serving myth that we in middle class loves to perpetuate.

Yes, the number of direct tax assessees in India is very low. That must change, and it has changed a bit. 1.8 million new tax payers added after demonetisation strike. Still only a small 2.76% Indians pay direct income tax – that is estimated to accrue 4.31 lakh crores in FY2017-18 [pdf]. This also includes a lot of professionals/businessmen around us who earn in millions – (but since they can easily use fraud tax practices, present everything from family vacation to family dinner out as a business expense), who pay peanuts as direct taxes.

Tax compliance is a different issue altogether. But, stop deluding yourself with the notion that you are the only one paying taxes. Your 4.31 lakh crores in direct taxes is just 19% of the total 22.17 lakh crore tax revenues collected by the Govt. The bulk of taxes collected come from INDIRECT Taxes collected by the govt – GST, levies, etc. – which every Indian, from the poorest of poor to the super rich pay, of course – in proportion of their consumption as per their needs and means.

“But the Budget never benefits us! It’s always about poor, farmers and corporates. We get nothing.”

Firstly, go and delete those posts you shared on social media lamenting about poor farmers, because you didn’t mean them. Everyone wants poor to be helped, farmer to be saved – but it should be paid for by someone else. Well, there is no ‘someone else’ out there, it has to be ‘us’.

But, wait! That is not all. Budget is all about YOU only!

… and scores of such capital investments being made.

Middle class has a serious Ghajini disorder! We forget the days of 10-14% inflation under UPA-2 or even when Toor daal prices being at above Rs 200/- in 2015 were a matter of middle class outrage. Where has Toor daal price been since? Did you realise the benefit of those ‘farmer friendly’ steps and meaningless E-NAM market stuff Modi’s previous budgets already accrued to YOU? If the government addresses farmers distress, YOU benefit.

Lower deficit means safer future from a resultant stable economy. If the government keeps deficit under control as Modi has – YOU benefit from a lower risk of some future government killing you with even higher taxes.

“I am being penalised for my past investments”, “My retired fathers savings will be lost”, “Middle class is being targeted here”, and such statements were fueled by many:

This lady – a senior editor in a news channel – is lying and misleading.

NO! Your past gains are NOT taxed. Contrary to a lot of fluff in media – Long term gains prior to Feb 1st 2018 are completely protected and not taxed. Only future Long term Capital Gains (LTCG) will be taxed. For more clarity – read this.

“But why should LTCG be taxed? This is robbing the middle-class. What incentive is there to invest in Equity long-term now?”

“I didn’t vote Modi for all this. I hate socialism. He spends too much on poor. Housing, toilets, gas, now healthcare… Hows it different from Congress?”

If you didn’t vote for socialism, I am sorry to inform you – you voted for the wrong campaign. Modi was out and out clear in his campaign. His speeches were full of references to “दरिद्र नारायण” “जन कल्याण” “माताओं बहनों की सेहत” “2022 तक हर भारतीय के सर पर छत” references.

Personally – I hate socialism too. But, till the economic disparity gap is narrowed and more of poor enter middle class, you and I have to live with it.

“Then how is it different from UPA?”

Firstly, UPA spent more on subsidy than on capital asset creation. And that huge subsidy spend was done with 60-70% leakages and bogus spends. Look at the data on ghost beneficiaries eliminated and the savings on subsidy via Aadhar and DBT in last 3 years. So, your tax money is finally being put to real use.

Some people, mostly on the economic right, did object when UPA was spending more on socialist SOPS – higher on subsidy and lower on capex all through its tenure, and that too, with a whopping 70% leakage. When UPA launched NREGA that gave money for doing nothing (and kept 70% of it in the process), we didn’t hear lout outrages. We hardly outraged against FSB and RTE, (that too based on a communally discriminatory formula) where 75% must pay for free education of 25% others because Congress messed up the government education sector over past 60+ years of its rule.

UPA became unpopular in the middle class because of corruption, not because of socialism. Basically, it was not socialism that shocked us, but leakages.

When the right prioritised objecting to corruption more than socialism during UPA, why is the same formula not being applied here where we concentrate more on lack of corruption rather than socialism, which in most cases, is unavoidable in a country like India?

There is absolutely NO party in India today which will promise to do away socialism. Not since Swatantra Party died. In fact, our constitution, amended by Indira Gandhi, now has ‘socialism’ in its preamble.

Modi never ever talked of ending socialism. Go back to his election trail and recheck his speeches. If had talked so, he would have been accused of going against constitution.

You outraged against the UPA corruption, leakages, scams, and Modi promised doing this with better effectiveness that it reaches the real needy by eliminating those siphoning from the system. Do you dispute that success today? No one is accusing of any leakages anymore. Ghost recipients have been eliminated and even the NREGA spends are directly going towards Capex/Infra development projects now.

So your choice is between paying for it with your taxes… or vote NOTA and pay for it with 70% leakage overheads. 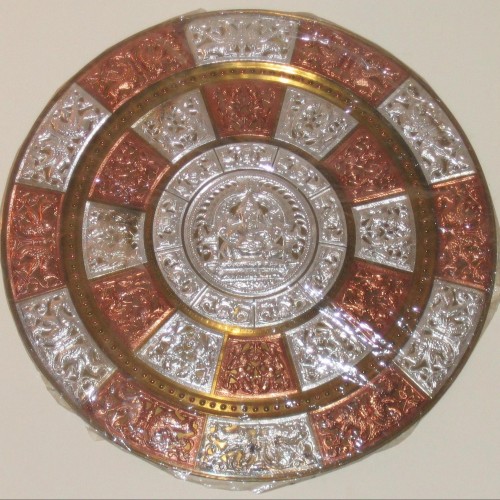