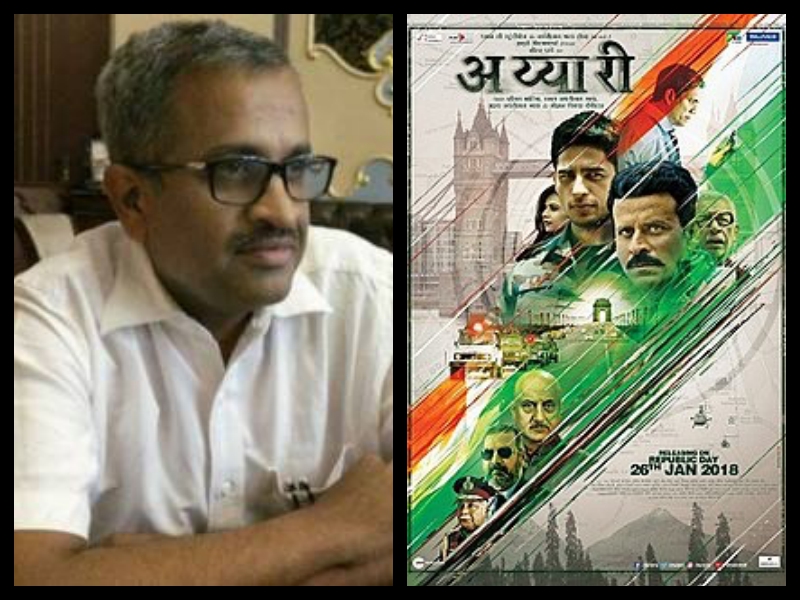 Freedom of Expression has become the favourite champagne phrase for the self-proclaimed Liberal cabal. But their undying support for one’s freedom of expression is, of course, limited to the freedom to express what suits them. Everyone remembers the initial uproar when Rajputs objected to the movie Padmaavat. The uproar, however, fell silent when they realised that the Karni Sena had extended support to Congress, a party that most suits their liberal ethos, considering it also shamelessly indulged in censorship when it suited them, and pretended to fight for freedom of expression when it suited their politics. Heck, it was the same party that imposed the Emergency, but those sins have been forgotten since the “liberal” crusade needs a political hero.

A similar incident came to light recently when Adarsh Housing Society, represented by the Congress supporting lawyer Sanjay Hegde went to court to thwart the release of the movie ‘Aiyaary’. The movie is said to be a military cum intelligence thriller that is a work of fiction but is based on real events. The catch, however, is that It also has a case related to Adarsh scam of 2010 – where a big building was built on a piece of plot earmarked for building houses for widows and families of the Kargil war. A movie still from Aiyaary is doing the rounds in army social media groups. While the High Court denied prosecution of Ashok Chavan based on technicalities, it can’t be forgotten that he was made to step down during the Congress regime and this scam, had haunted the Congress party.

Adarsh Housing Society approached the Supreme Court petitioning the court to not allow the release of the movie Aiyaary and to direct the deletion of any scene that made any direct or indirect reference to the housing society. They contended that the mention of the society breached their fundamental right to life under Article 14 and 21 of the constitution. On Twitter, Mr Hegde contested that if things were to be banned for ‘bad taste’, movies, art and politics would be banned. He basically defends even offensive speech here.

If you were to ban things for bad taste, most of our movies, our politics, our art would have to be banned https://t.co/7h22Q6UORC

While he postures and defends offensive speech, in Court Hegde stands against “projection in an unacceptable manner”. Sanjay Hegde who appeared for the Adarsh Housing Society contended that the film projected the society in an unacceptable manner. That the movie and the dialogues in it made insinuations that would not only affect the ongoing litigation but also make people believe the “reel image” of the residents and not the “real image”. He contended that the society and its residents had created their reputation with a lot of difficulties and that should be protected. 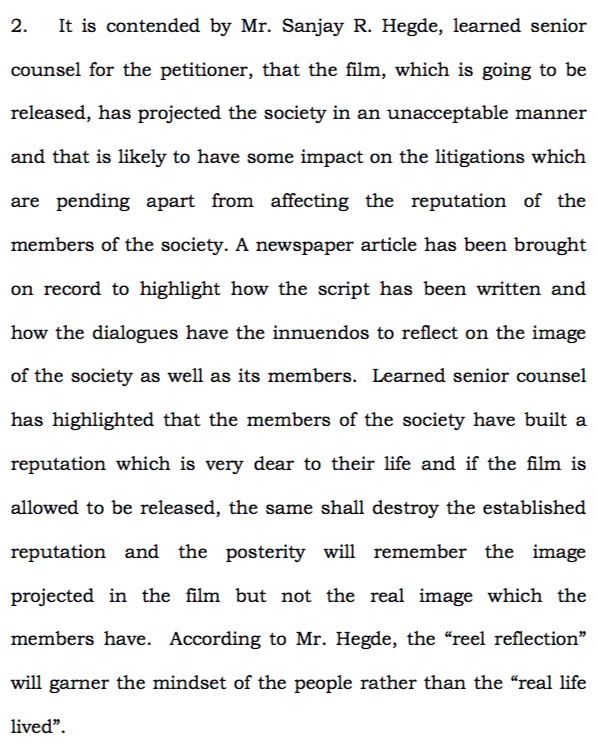 It is worthy to note here that the counsel for the petitioner, Sanjay Hegde conceded that the CBFC had given the requisite certificate after consultation with “competent authorities of the army” as a measure of caution. Mr Hegde contended that this movie could affect the course of justice and thus, the release of this movie should be stayed.

The court, however, dismissed this petition. The court cited that a film is a creation of art and an artist has his own freedom to express himself in a manner which is not prohibited by law. The court observed that the prohibition shouldn’t crucify the rights of expressive minds.

The entire hypocrisy of Sanjay Hegde is staggering. While here Hegde’s argument is that since the Courts have imposed restrictions earlier, they should do it again, Hegde has earlier argued even against reasonable restriction.

@MRVChennai Fundamental rights inhere2 mankind. They’rent conditional on citizenship. Answer to a book is not a ban https://t.co/rjP86iGBho

In the court of course, Hegde had a very different view. While in his tweet, he negates the point that an entire town or community cannot be “bastardized”, here, he fights for a Housing Society akin to a town in his argument.

The court proceeded to make some scathing observations regarding the submissions made by Sanjay Hegde. The main point made by Sanjay Hegde was the Adarsh Housing Society is under litigation and the matter is sub judice and that the movie may prejudice the course of law. The Court observed that the doctrine of ‘sub-judice’ cannot be elevated to such an extent that any kind of allusion to a member of a society would warrant striking down of a person’s freedom of expression. 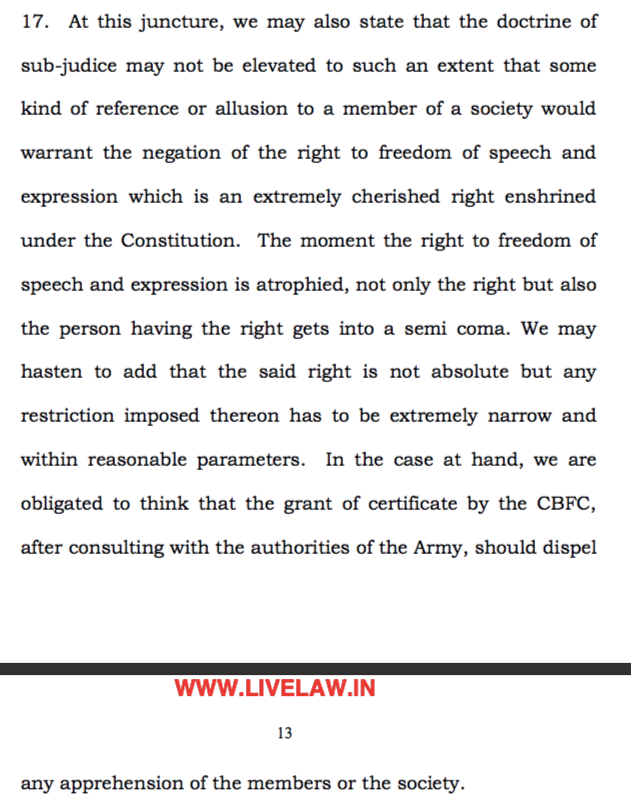 The Court made another interesting statement that is often negated by the self-proclaimed liberals as and when they deem fit. That Freedom of Expression is not unlimited, but restrictions need to be narrow and within reasonable parameters. Which would also mean that Adarsh Housing Society’s case didn’t fall under that reasonable parameter.

The Court also observed that Sanjay Hegde’s demand that the movie adds a disclaimer so as to not affect the society and its members adversely, was not permissible as it is the job of the censor board to grant certificates and judge whether a disclaimer is necessary or not.

The writ petition, therefore, was dismissed sans merit (without merit).

This judgement is frankly a testament to the unbound hypocrisy of the ones who publicly pretend to espouse the cause of absolute freedom of expression. It is evident, that they would move the court for the suppression of freedom of expression if it doesn’t suit them, their clients, their politics, their purpose or their narrative. This unbridled hypocrisy was also pointed out by Director Vivek Agnihotri.

While this is what Mr Hegde said in court, he has publicly made his opinions on bans on works of art fairly clear.

On twitter hypocrite #UrbanNaxals like @sanjayuvacha argue for FoE and against banning of creative work and in the dim lights of the courtroom fights for banning a film. Almost all of his ilk is as fake as his social posturing. pic.twitter.com/zyJ0USFwzE

While lawyers do as their clients require them to do, knowing the law, one is at least expected to keep the public posturing and derision of others who make similar legally sound points to a minimum. Though, I’m certainly not holding my breath.