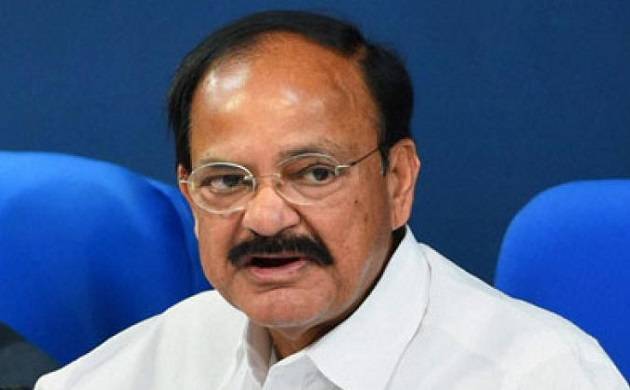 Vice President Venkaiah Naidu today rejected the impeachment motion against CJI Deepak Mishra tabled by the 64 MPs of seven opposition parties. The VP has stated legal, moral and constitutional reasons as the ground for the rejection of the motion.

The order of rejection which runs 10 pages, lists out the background of the charges and the Vice Presidents base for rejection. At the beginning of the order, the VP acknowledges the relevant sections of the constitution and the relevant laws (The Judges Inquiry Act, 1968) that lays rules for the grounds on which an impeachment motion can be initiated against a sitting judge. He acknowledges that since 64 MPs have signed it, the motion meets the requirement of a minimum of 50 MPs signing the order. He has also added that the same Act also provides for the chairman of the council, after consulting, to either reject or accept the motion.

The VP mentions that he took guidance from a previous Supreme Court order in the case of N Krishna Swami vs Union of India (AIR 1993 SC 1407).

The VP mentions that since the case is against the CJI himself he has not consulted him on the matter and has consulted with legal luminaries, constitutional experts, former secretary generals of both houses of Parliament and several jurists. He adds that after going through comments and consultations of all the above, he is of the opinion that the impeachment motion is not fit to be a case for removal of a judge.

The VP added that the article 124(4) explicitly states the ground for impeachment to be ‘proved misbehaviour or incapacity’. He added that the word ‘proved’ places an obligation that the allegations of misbehaviours must be proved before the parliamentary process of removal can be initiated, which is not the case in this motion.

Venkaiah Naidu goes ahead to add that the MPs who have presented the motion are unsure of their own case since the page 1 of the motion has phrases like ‘may have been involved’ and ‘he too was likely’ etc and it shows that the MPs are merely stating their suspicion or a conjecture or assumption which cannot be called ‘proved beyond reasonable doubt’. He adds that conversations between the third parties, with dubious credentials, which have been extensively relied upon, cannot themselves constitute any material evidence against the Chief Justice of India.

The VP further adds that it is affirmed by a constitution bench of judges of Supreme Court ( Kamini Jaiswal vs Union of India , 14 Nov, 2017 ) that the CJI is master of roasters and that it is his prerogative alone to constitute benches of judges and there cannot be any direction to the CJI as to who will sit on a bench and who shall take up the matter.

The order further mentions that in para 15 of the same Supreme Court order, it is mentioned that the CJI is well within his powers to construct administrative benches too.

Mr Naidu adds further that the five allegations mentioned by the MPs are neither admissable or tenable. He states that the allegations in the motion have a serious tendency of undermining the judiciary and hence it is neither legal nor proper to admit the notice of motion. He states that the provisions in the constitution are to nurture and strengthen the judiciary and there are safeguards to prevent interference in its independence by Legislature and Executive powers.

He adds further that the section 124(4) and the Judges Act both have laid down very stringent conditions necessary for initiation of such proceedings and they are aimed at protecting and safeguarding the independence of the judiciary and keep the judges safe from external pressure.

The Vice President further adds that there is virtually no verifiable concrete imputation in the motion and it would be inappropriate and irresponsible to accept statements which have little empirical basis. He asserts that he has examined the relevant provisions in the constitution and also has pursued the annexures provided in the motion, consulted with experts he is certain that the motion is not admissible. He also added that the parliamentary customs and conventions have been disregarded in case of the impeachment notion.

He goes ahead to add that it is prohibited for the members to publicize any notice submitted to the Chairman till it is admitted and circulated to the said members. He condemned the MPs conducting press conferences immediately after submitting the notice and asserted that is against the propriety and decorum of the parliament and also denigrates the institution of the CJI.