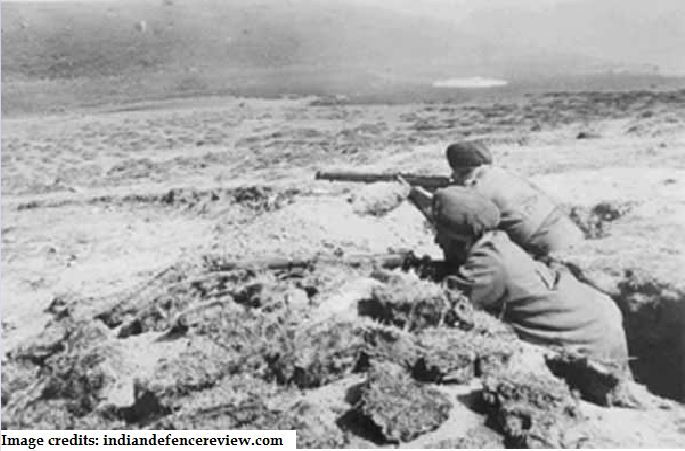 I have no problem with people of the secular liberal cabal defending the ideology or policies of Nehru. To be honest, I feel there is no use in invoking Nehru so often in our political discourse. We must be focusing on the future and not the past. In fact, I do feel that the first Prime Minister had some role in ensuring that we did not end up as a banana republic.

Today I came across an article published in the editorial section of ‘The Hindu’ newspaper written by a US-based academic named Mohammed Ayoob. It was titled ‘In defence of Nehru’. The article had the regular ingredients which are often used to eulogize Nehru. Industries, democracy, secularism, etc. But I found a line that infuriated me (emphasis added) :

The 1962 India-China war, forced upon Nehru by an ill-informed and jingoistic opposition and public opinion, posed a major challenge to his foreign policy.

I never expected this cabal to twist facts so blatantly and shamelessly in order to defend their icon. The history of the Indo-China war is documented as a Chinese aggression for which India was unprepared. Forget about Nehru’s foreign policy or the politics of the past or present. Twisting this fact to make Nehru look good is an example of dynastic servility and shamelessness on part of the writer.

This article is a blatant insult to all those soldiers who laid down their lives defending India. This is an insult to many soldiers like Jaswant Singh Rawat, who laid down their lives for India. Despite orders to retreat, Rawat had stayed at his post and invested all his energies in repelling Chinese intruders single-handedly. Was Rawat a jingoistic fool doing the bidding of opposition parties? Should we reduce the supreme sacrifice of Indian soldiers to nought in the pursuit of defending a politician?  Absolutely not.

When the torch bearers of secular liberal cabal mock nationalism and label it as jingoism, they are not joking. These are the people who are ready to sell the nation for the sake of personal gains or power. I am quite sure that the author of this asinine article belongs to the same cabal. He writes :

When asked why he was so strident in attacking Hindu communalism while he soft-peddled on Muslim communalism, he replied that it was because majority communalism was far more dangerous since it could easily pass off as Indian nationalism. A prescient comment indeed!

He not only endorses the idea of ‘majority communalism’ but also reduces the idea of nationalism to a sectarian agenda. This is nonsensical and absolutely reprehensible.

I have some questions for the newspaper which published this article. Did The Hindu editors read the article carefully before publishing? Is their policy so flimsy that it allows such blatant lies to be carried in their editorial section? This reflects very badly on a newspaper. Even if the author Mohammed Ayoob does not issue an apology for this asinine claim, the newspaper must issue an apology for insulting the martyrs of Indo-China war. They must apologise for carrying an article that calls Indo-China war as a result of ‘pressure by jingoistic opposition parties/public opinion’ and not Chinese aggression.