Karnataka man of the match, DK Shivakumar is reportedly unhappy even as Opposition puts up a united front 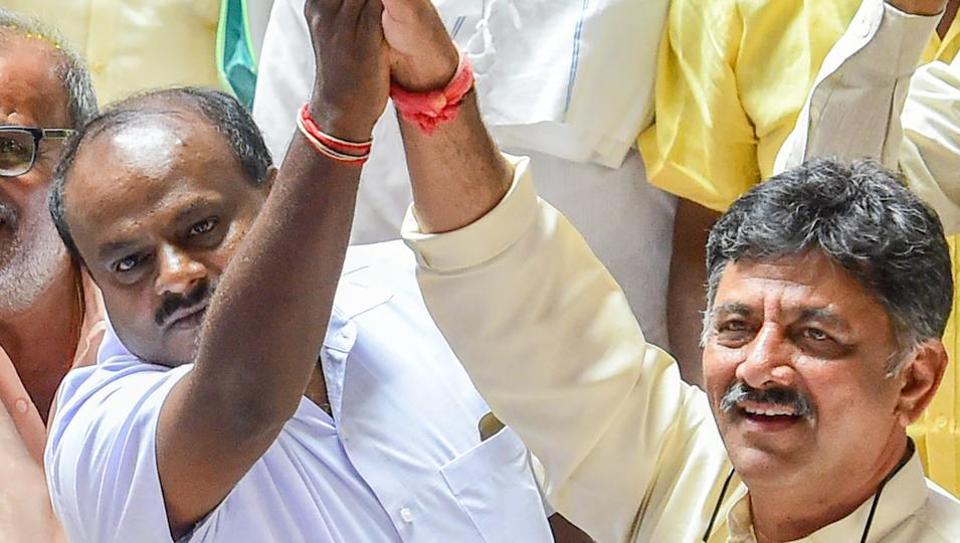 Despite winning Karnataka as a consolation prize and having left to play second fiddle to JDS, the show of strength put up by anti-BJP Opposition leaves little to imagination what 2019 will be like. 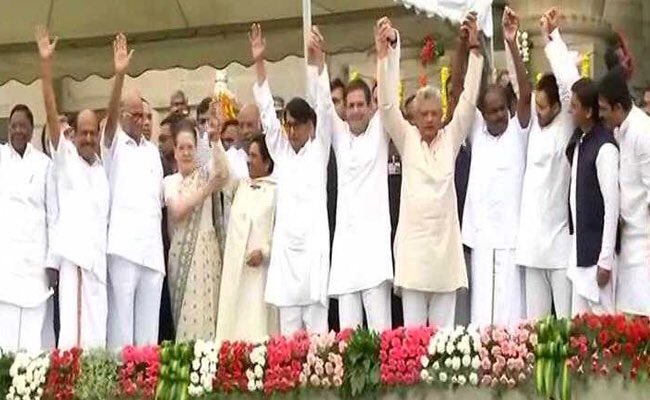 Even as the congregation is trying to show all is happy within in the alliance, reports have emerged that cracks have appeared already in the convenient marriage. DK Shivakumar, Congress’ money and muscle power, who was very vocal about being chosen as deputy chief minister, had told media persons how he has ‘swallowed the pill‘ in the larger interest of the party. Former Karnataka Pradesh Congress Committee (KPCC) chief G Parameshwara will now be made the deputy chief minister. DK Shivakumar, the man of the match who made the entire alliance between Congress and JDS possible, was instrumental in keeping the flock together before BJP’s floor test in which BS Yeddyurappa resigned after an emotional speech.

If recent reports are to be believed, Shivakumar wants his pound of flesh, having played the crucial role of keeping the elected MLAs at his resort in an attempt to stop them from defecting to the BJP. DK Shivakumar now wants to be made the KPCC, a post which is now vacant with G Parameshwara as deputy chief minister) as well as the energy minister, a portfolio he held in previous Siddaramaiah government. However, it appears, both his demands may not be fulfilled. No portfolio is likely to be announced before the floor test is carried out on Friday where JDS and Congress will have to prove majority on the Assembly floor so that it does not ‘upset’ anyone in either of the parties.

There are reports that DK Shivakumar, who is already upset with not being given due attention, has even complained to Congress President Rahul Gandhi. Rahul Gandhi reportedly ‘pacified’ him by reminding him of the circumstances in which the coalition has come into being. Perhaps Shivakumar has given up his dignity to save Congress’ face in the ‘give and take‘ policy of Congress.