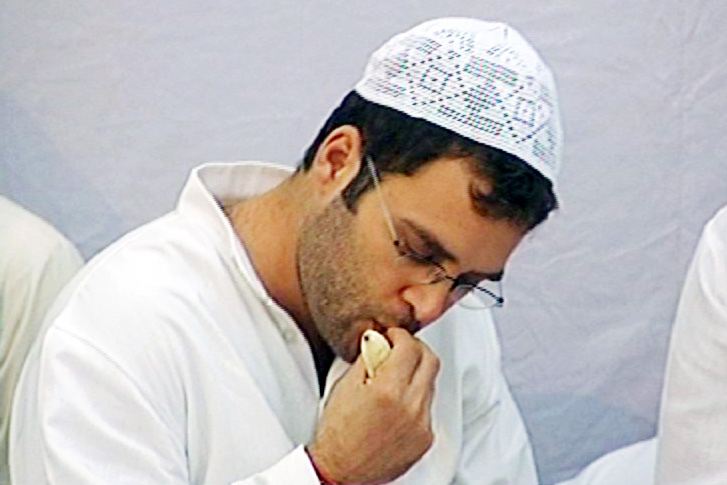 Last week the Congress had alleged that its party President Rahul Gandhi had not received any response from the government of India on his request for special permission to go for Kailash Mansarovar Yatra. Congress mouthpiece National Herald even grabbed it as an opportunity to criticise Minister of External Affairs Sushma Swaraj citing that she responds promptly to every other request on Twitter.

#Congress President @RahulGandhi has not yet received a response to his request for special permission to go for Kailash Mansarovar Yatra from @MEAIndia, whose minister @SushmaSwaraj is known for responding with alacrity to every other request on Twitter https://t.co/DaaVe8n2BX

It was then spread widely among Congress supporters on media and social media with an underlined assumption that the BJP-led government is obstructing the Congress President’s efforts to take on the arduous religious journey to Tibet autonomous region in Chinese territory, which is highly revered in among Hindus.

Rahul Gandhi has announced that he will go on the religious pilgrimage to Kailash Mansarovar on April 29,  after an incident of a technical snag during one of his flights from Karnataka to Delhi. Though the Congress had propagated the incident as a major technical malfunction alleging tampering and created a hue and cry over it, it was dismissed as a minor glitch by many sources. Some experts had even claimed that such glitches were not uncommon and Rahul Gandhi was not even aware of it till the plane landed safely in Delhi.

Following the incident, Rahul had announced in an election rally that he would go on a religious pilgrimage to Kailash Mansarovar after the Karnataka elections were over.

Following the claims of Congress, some reporters had sought details of his ‘request’ to the MEA. As the deadline for registration for the Yatra was from February 20 to March 20, Congress had reportedly stated that although the deadline has passed, Rahul had sought ‘special permission’ for the Yatra. Asian Age had reported that upon asking details of the request, Congress spokesperson had just said ‘it is in the process’.

The Ministry of External Affairs organises the Kailash Mansarovar Yatra every year. This year it has commenced from 8th June and is expected to continue till September 8th. Hundreds of pilgrims take this high altitude arduous journey trekking in the harsh terrains of Himalayas. Pilgrims can take the MEA organised Yatra or can travel privately, which also requires permission from the MEA.

Even though Rahul had announced that he will visit Kailash after Karnataka elections were over, he has taken trips abroad a couple of times after it.