As I write this, I feel like Teja, Ram Bajaj’s evil twin in Andaaz Apna Apna, holding “Vasco Da Gama ki gun” which just blew up in his face.

Of course what blew up in my face was nothing as spectacular as the aforementioned implement, but rather my argument which I made in face of criticism of Narendra Modi by his innumerable critics that he lacked intellectual heft.

The argument that I made, (now defunct Darth Sidious to Palpatine) among other places, was that our “secular-liberal establishment placed too much importance on arm-chair theorizing and second-hand abstraction.

Instead, my argument went, in Narendra Modi, we had a pragmatic figure, who would cut through the wild outgrowth of endless and ultimately pointless intellectual arguments and deliver India to the road of supowerdom by unshackling Indian economy and more importantly Indian cultural conscious.

That was, as they say, wildly over-optimistic. From where I stand, Narendra Modi’s problem is, to paraphrase Robert Downey Jr in Tropic Thunder, he went full pragmatic.

Before we delve into the Lovecraftian horrors of going full pragmatic, let’s take a digression (Those who are still reading this, you can think of digression during this article like a detour to the establishment of questionable reputation while going to a particularly dreary sermon)

First and foremost, this article is not about 2019, I have absolutely no idea or interest whatsoever in speculating about what will happen, this I leave to better people than me.

That said, anecdotal evidence suggests, while there is a visible disquiet in middle class, there is explicit recognition of Modi’s hard work and his integrity.

Also, this is not about suggesting the alternative approach to Narendra Modi’s “vision” (quotes intentional), the argument is too complex to deserve an article on its own.

Now that the disclaimers and digressions have been dealt with, let’s delve into the persona of Narendra Modi, to find what is that makes him tick.

If we listen to his innumerable detractors in the “secular-liberal” establishment, Narendra Modi combines the worst aspects of worst scums on earth, in real life or in fiction, a collage of everyone from Hitler to Erdogan to Soup Nazi from Seinfeld.

This is balderdash, like almost everything “secular-liberals” say. There is as much proof for this as the existence of loch ness monster, Rahul Gandhi’s intelligence or Rajdeep Sardesai’s integrity.

In fact one can convincingly argue that Modi is nothing of the sort he is alleged to be, the proof of this being, if Narendra Modi was even a millionth of what he is alleged to be, our sec-lib establishment would be crawling and grovelling before him, just like they did before Indira Gandhi and Sanjay Gandhi, declaring any hypothetical “unpleasantness” unleashed by Modi to be historical compulsion to fight “foreign hand”.

The question then arises, if we are to discard “secular liberals” drivel about Modi, what alternative do we have to offer which explains Modi as a man and his choices.

As the famous American dictum goes, “personal is political”. In Modi’s case, we can modify this to, “personal is organisational”. Indeed, as we will see, Modi is the quintessential organisation man. The organisation here is Sangh of course, with Modi imbibing the best as well as the worst that Sangh has to offer.

So what is the best that Sangh has to offer? This is not too hard as we have an example of Modi himself. A lifetime of selfless service and dedication to the nation, hard work, perseverance and unimpeachable personal and (unlike the previous occupant of the office) public integrity.

This is not by accident, rather this is a result of Sangh’s strong ethical culture, which is drilled into the swayamsevaks from a young age and retains lifelong association.

The strong personal ethics of Modi has a direct bearing on the government’s performance. In a welcome departure from corruption-ridden Congress-led UPA regime, there have been no scandals, not only that there is absolutely no reported instance of high corruption.

Indeed the relentless pace with which Modi is executing projects is nothing short of mind-boggling. From village electrification to rural sanitation, from roads to metros, from gas connections to Jan Dhan accounts, from Mudra to (Insolvency and Bankruptcy Code) IBC, the achievements are staggering.

These achievements are even more impressive considering not only Modi has been able to keep fiscal health in check, he has managed to bring the country back from the brink of disaster that UPA-II under “stewardship” of brilliant Prime Minister Manmohan Singh and equally brilliant Finance Minister P Chidambaram had managed to put the country in.

Indeed in normal circumstances, Prime Minister Modi’s achievements would have been sufficient to reserve a name for him in history.

However are the circumstances normal? And are Modi’s achievements enough for those circumstances. Indeed does Modi even realise the enormity of situation?

Those are the troubling questions. 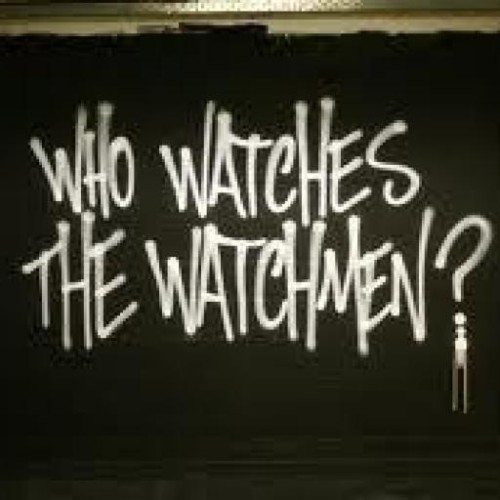