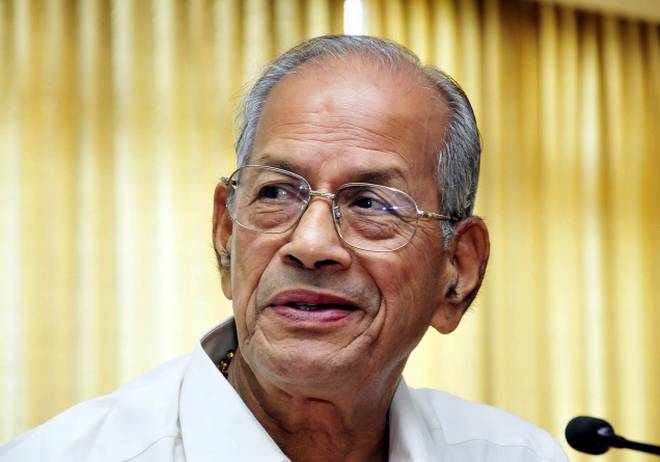 Amidst the controversy of whether Kerala should be allowed to accept foreign aid or not, ‘Metro Man’ E Sreedharan said that receiving monetary aid from other countries is not a matter of pride.

E Sreedharan is fondly known as the ‘Metro Man’ for his contribution to the development of metro infrastructure in the country. According to him, the reason for the severe floods in the state of Kerala is due to the fact of bad forecasting and further added that there was no need of making any controversy over Centre’s aid for Kerala.

E Sreedharan speaking to the media further said, “Rs 700 crore is not a big deal as far as the central government is concerned, they can provide financial assistance of Rs 7,000 or 70,000 crores if they find it necessary. Receiving 700 crores from a foreign country is not a matter of pride for our nation”.

He went on to say that bad weather forecast augmented by the lapses committed by the dam safety authorities are the main reasons for Kerala disaster. “If the shutters of the dams were opened earlier, the disaster could have been averted, the dam shutters were opened in the last moment only,” he added.

Interestingly, a report of the NASA also suggests that the delay in releasing water from several full dams, instead of gradually releasing the same during drier times, coupled with abnormally heavy monsoon lead to the worst flooding in the state since 1924. The report also said that the opening of all the 80 dams in the region at once, including the Idukki dam, one of the largest arch dams in Asia aggravated the situation in Kerala.

E Sreedharan said that India is capable of dealing with the current situation and urged the state government to constitute an autonomous committee to re-build ‘new Kerala’.