With the mayhem continuing, as India struggles to recoup from the havoc created by recent devastating floods, incessant rain in north Sikkim lately, has triggered massive, multiple landslides in North District, snapping road connectivity at several places including Gangtok. The two affected roads are NH-10, which links Kalimpong and Sikkim, and NH-31C that connects the Dooars. The heavy downpour has been blamed for the landslides.

A 20 metres stretch has been caved in on NH-10 on Thursday at 29 Mile, around 70 km from Gangtok. An entire portion has been wiped away on NH-31C. On Tuesday, a landslide on NH-31C at Mongpong had devoured a portion of the highway.

Many tourist vehicles are stuck at both ends of the landslide-affected stretch.

The PWD department said its workers have started constructing a new road by cutting through the mountainous terrain. Vishwanath, the district magistrate of Kalimpong, said the incessant rain was slowing repairs. “As the rains have not stopped, the soil is not firming up. This is why repairs are getting delayed.”

While the West Bengal government arranged special buses to rescue stranded tourists, as reported by ANI, Indian Army and Air Force, in coordination with civil administration, has been airlifting tourists stranded in rain-hit areas in North Sikkim. Helicopters have made several sorties from Gangtok and Sevoke evacuating around a hundred people, including a pregnant woman. Evacuation operation is still underway. 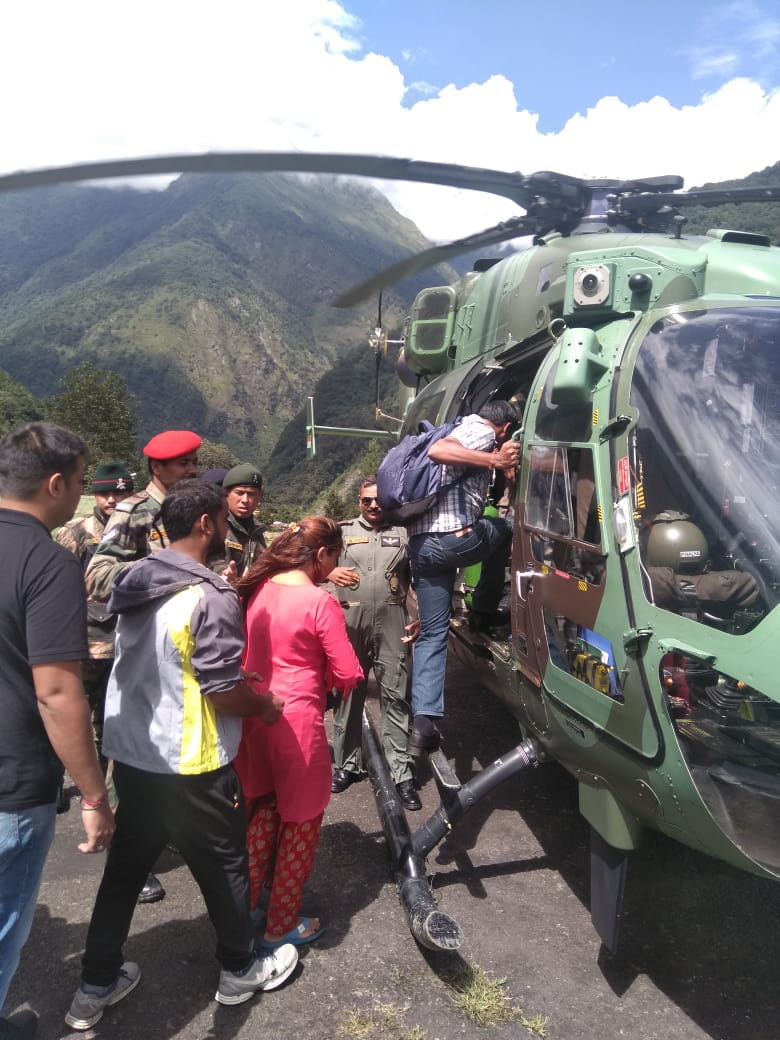 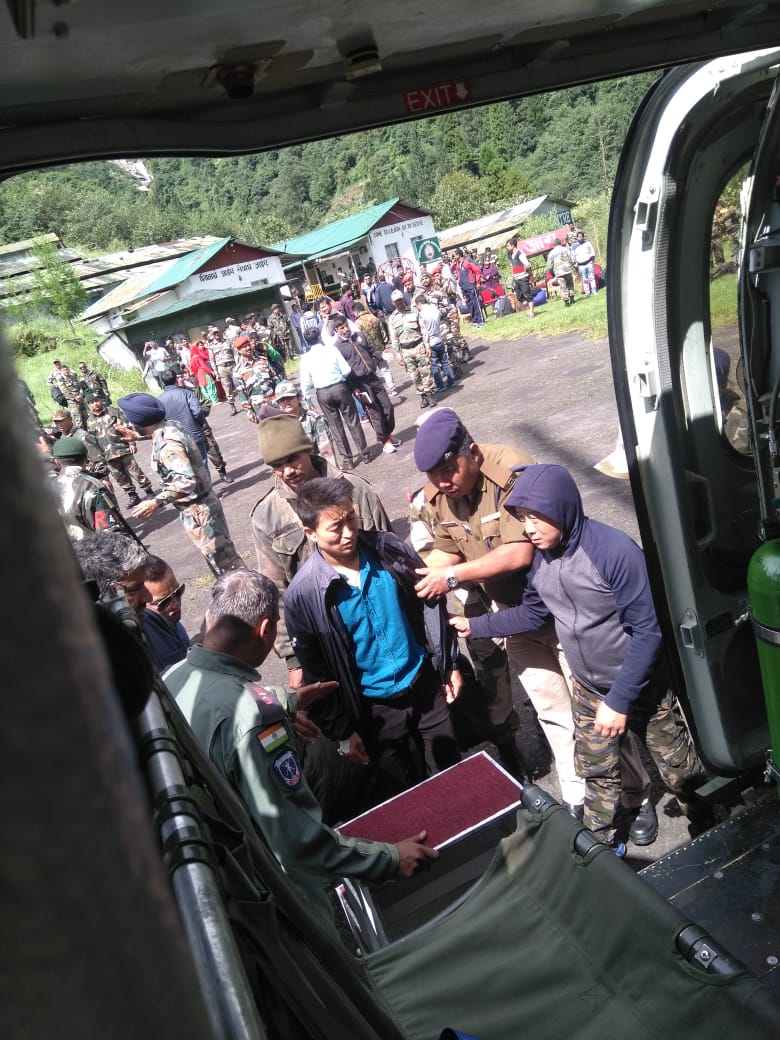 Every year, low-lying areas of North East India witness heavy spell of monsoon rains. This is followed by devastating floods and landslides. For thousands of people, this means a loss of shelter, land and livelihood. This year has been no different.

Ceaseless rains in the northeast region since the second week of June this year has triggered floods that have wreaked havoc across the region. Several villages and houses were submerged and many are rendered homeless. Relief camps had been set up across the state to rescue the affected people.

Assam, Tripura and Mizoram had been worst affected as unremitting rainfall had triggered flash floods in various districts leaving thousands of people in distress.

Expressing grave concern over the situation, Prime Minister Narendra Modi, while chairing the fourth meeting of the Governing Council of the NITI Aayog, assured the chief ministers of flood-affected states that the Centre would provide all assistance to them to deal with flood situation.