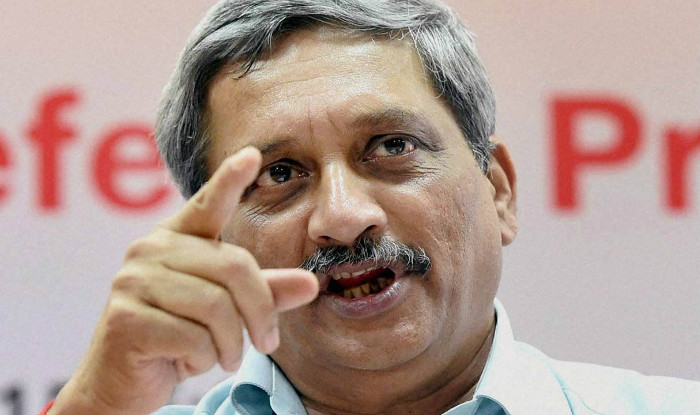 Goa Congress yesterday alleged that Prime Minister Modi and BJP President Amit Shah did not dare seek ailing chief minister Manohar Parrikar’s resignation as “he has crucial information on the Rafale fighter jet deal which he could use to ‘blackmail’ them”. Goa Pradesh Congress Committee Girish Chodankar said, “I am sure Manohar Parrikar must be having a lot of information about the Rafale deal as he was the Union Defence Minister at that time.” Parrikar was the defence minister from November 2014 to March 2017 when he stepped down to swear in as the chief minister of Goa.

Chodankar’s statement comes hours after the BJP chief announced that Parrikar will continue as chief minister, ending days of speculation of what direction Goa would head as chief minister Parrikar continues to get his treatment for his pancreatic ailment. Last week, even as Parrikar was undergoing treatment in AIIMS, Delhi, Congress had approached Goa governor to stake claim to form a government.

OpIndia.com had earlier speculated that there was a distinct possibility that the BJP government in Goa might collapse should Manohar Parrikar resign as the Chief Minister since their allies had agreed to support the BJP only on the condition that Parrikar is appointed the CM. However, the Congress is itself a divided house with an uninspiring central leadership although it only needs the support of 5 MLAs to form the government in the state.

Congress, for its part, has continued to maintain that Rafale deal was a scam, despite facts proving otherwise. Manohar Parrikar, as Defence Minister, was also instrumental in bringing to light the AgustaWestland VVIP chopper scam and said how ‘invisible hand’ was guiding investigation during the UPA government. Recently, the UAE court had favoured extradition of Christian Michel, one of the accused ‘middleman’ who allegedly arranged for bribery in exchange for a 2007 contract for the purchase of 12 VVIP helicopters to be used by leaders including the President, Prime Minister and former prime ministers. Michel’s interrogation could open a can of worms for the Congress.

In such desperate times, when their allegations on Rafale are falling flat and their hopes of forming a government on Goa are also crashing down, Congress has now resorted to floating conspiracy theories.