Kalpana Tiwari, on behalf of Arvind Kejriwal, we are sorry 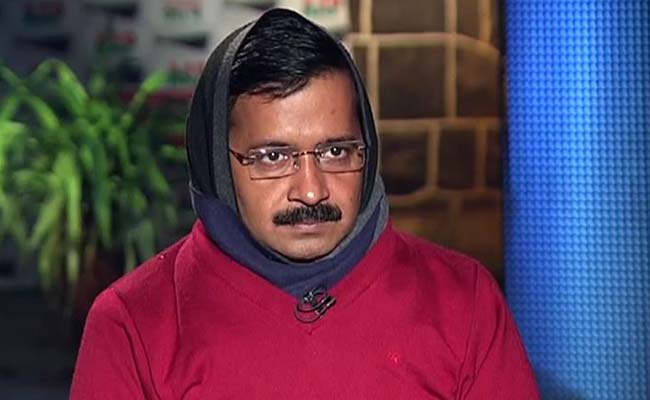 In a shocking display of insensitivity, Delhi chief minister Arvind Kejriwal tried to give a religious twist while politicising the death of Vivek Tiwari by claiming that the BJP does not protect the ‘interests of Hindus’.

No. Even though Vivek Tiwari was a Hindu. BJP does not protect the interests of Hindus. https://t.co/ecnhTK2cd8

He then later had a telephonic conversation with the widow of Vivek Tiwari. Kalpana Tiwari, while addressing media lashed out on Kejriwal for trying to bring in caste and religious angle in the unfortunate death of her husband by the hands of UP policemen.

Lucknow Incident: Wife of deceased mocked Kejriwal over his tweet giving communal angle to the whole incident.
Appreciated Modi for his societal policies.

While interacting with media, Kalpana Tiwari was asked what did Kejriwal talk to her about. She said Kejriwal extended support to her. When she was questioned about Kejriwal’s communal tweets, she expressed her disbelief and said how can someone who is as sincere as Kejriwal bring a casteism angle in this. She added that right now she needs comfort and support and the killing of her husband has no caste angle to it.

“You shouldn’t add caste angle to everything. Because Modi government has never encouraged casteism and people from every community are extended help and support,” she added.

However, despite being called out by Vivek Tiwari’s widow, Arvind Kejriwal brazened it out on Twitter and tweeted again at 12:09 pm that “an innocent Hindu was killed in broad daylight.”

He added that the killers then held a press conference in the police, while your minister calls him a criminal. But when we ask for justice, we are accused of having a lowly thought?

Vivek Tiwari was killed on the intervening night of 28th and 29th September by a bullet injury, fired by Uttar Pradesh policemen, following which a case of murder (under section 302 of the Indian Penal Code) was filed against the two policemen. A Special Investigation Team (SIT) had also been formed under the SP Crime of UP Police for a magisterial inquiry into the incident. Uttar Pradesh Chief Minister Yogi Adityanath also condemned the incident and said that if needed, a CBI probe will be ordered into it. Despite that, Arvind Kejriwal chose to focus on the religion of Tiwari instead of the fact that this is a law and order issue which needs to be tackled.

Kalpana Tiwari has just lost her husband. Even before she could come to terms of losing a loved one, Arvind Kejriwal has descended upon the death of her husband to gain a political mileage by mudslinging the BJP ruled government in the state. That her husband died of bullet injury fired upon by UP cops, who were perhaps not aware of his religion, caste or even name, is shoved aside as Kejriwal insists that Hindus are not safe because BJP government killed a ‘Hindu’. No, an innocent man died, leaving behind a grieving wife and a family which will take years, if not months, to come to terms with his untimely demise. Please do not tarnish it and use a death of an innocent to further your politics.

But Kejriwal’s tweet shouldn’t really come as a surprise to us. He got away scot-free when an AAP volunteer, Soni, committed suicide after she claimed that when she was sexually assaulted by a fellow AAP worker, but when she complained to Kejriwal, he asked her to ‘compromise‘. At a time when the nation was still coming to terms with the heinous Kathua rape case, Arvind Kejriwal and other AAP leaders including Alka Lamba had spread the fake news about the rape of a girl in Surat claiming involvement of BJP/ABVP leader in the crime.

When dozens of girls were rescued from the house of horrors in the shelter home in Bihar’s Muzaffarpur, Kejriwal was caught smiling and making merry and sharing a joke with Shehla Rashid.

Unfortunately, it is not just Kejriwal who has displayed lack of sensitivity. Following the arrest of Kejriwal’s nephew Vinay Bansal in connection with the PWD scam, the AAP chief’s wife Sunita Kejriwal took to Twitter to put out a veiled threat to Delhi LG Anil Baijal to ‘stop harassing’ her widow sister and the AAP government.

Respected @LtGovDelhi ,you may be aware that the former LG is suffering from severe illness and he regretted what he did with AAP govt. Harassing my widow sister besides the constant harassment of AAP govt. is inhuman. It is said that ‘karma’ never leaves its ‘karta’. Regards.

She had told Baijal to be careful since he would know what happened to former LG Najeeb Jung, who is now ‘suffering from severe illness’ and he ‘regrets what he did with AAP government,’ insinuating that Jung was suffering from ‘severe illness’ as a ‘karma’ of what he ‘did with AAP’ and hence, to save himself from such ‘karma’ Baijal should not ‘harass AAP government and her widowed sister’. The crass language used by his wife was even worse than Kejriwal who usually does not leave any stone unturned to lower the bar of decency.

I am shocked and ashamed at the brazenness displayed by the chief minister of a state.

As a responsible voter of India, I am disgusted and ashamed to have Arvind Kejriwal represent me.