OpIndia
Home Entertainment AIB founder admits to having known about employee's sexual transgressions, yet did nothing
EntertainmentNews Reports

AIB founder admits to having known about employee’s sexual transgressions, yet did nothing 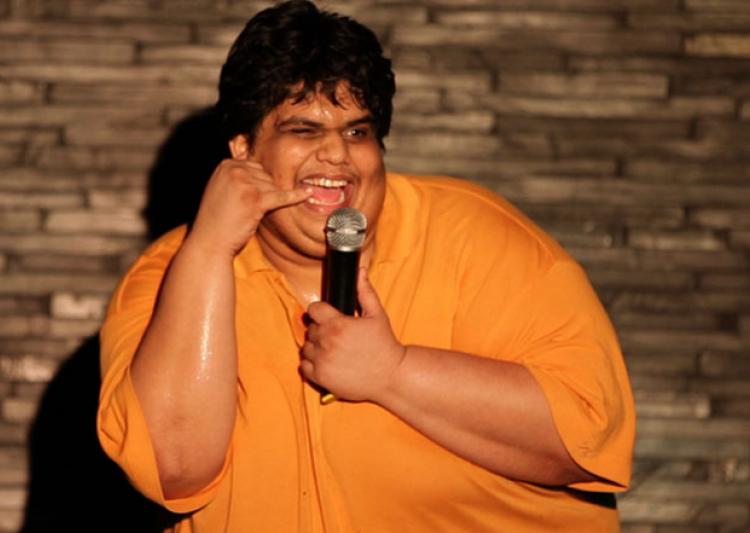 Much has been said about the sexual harassment mounted by members of ‘All India Bakchod’, the stand-up comedy group. Many victims have come out in the open to recount horror tales of how their comedian sexually harassed them by sending unsolicited obscene pictures. One victim also claimed that the management of AIB was alerted to Utsav Chakraborty’s behaviour and did nothing.

Now, AIB has issued a statement apologising for letting their former employees down.

The note published by AIB starts by addressing the allegations that AIB knew about the transgressions of then-employee Utsav after he left employment. The note then admits that they ‘messed up’ and that all the conversations they had the time, now in hindsight look like an excuse.

The note admits that Tanmay Bhatt had received details and specific information about the allegations against Utsav Chakraborty and that Tanmay had “confronted” Utsav. It says that Utsav had then proceeded to call the victim which led to further harassment. It says that since the victim did not want to pursue any legal action, Tanmay didn’t inform anyone else at AIB about Utsav’s sexual harassment and “the matter ended there”. They say that since AIB wasn’t informed they continued to work with Utsav and admit that was a mistake.

They go on to say that since then they have heard “stray insinuations” about Utsav’s behaviour and that these “insinuations” were vague without any specific details about sexual harassment.

The dichotomy here is that AIB note says that they got to know about Utsav’s sexual transgressions after he left employment, but even after they got to know, they continued to work with Utsav in a freelance capacity.

Interestingly, yesterday when the sexual harassment allegations surfaced, AIB had tweeted insinuating themselves that they had no relations with Utsav and that they were unaware of the allegations altogether. In today’s statement, they have admitted that they have continued to work with Utsav in a freelancing capacity.

The statement published by AIB makes it amply clear that AIB, or at least one its senior founding members, knew of Utsav Chakraborty’s sexual harassment of women then, and even later, continued to “hear insinuations” which they refused to take seriously.

Tanmay Bhatt, who has recently started pretending to be the harbinger of women’s rights too took to Twitter to admit that he knew about the transgressions and basically did nothing about it.

After confronting Utsav, he said he sent the picture by accident, later called the victim crying, apologizing, hence harassing her further. I should’ve ended ties then, and I didn’t, and it is my fault. I’m truly sorry. I should’ve acted stronger.

It is also worthy to note here that Tanmay Bhatt himself has in the past normalised lewd behaviour and sexual harassment on social media by passing it off as humour.

This tweet by Tanmay Bhatt from 2012 proves that Tanmay himself is responsible for normalising the behaviour pattern of being lewd and sexually menacing on social media. At that time he used to pass it off as humour. 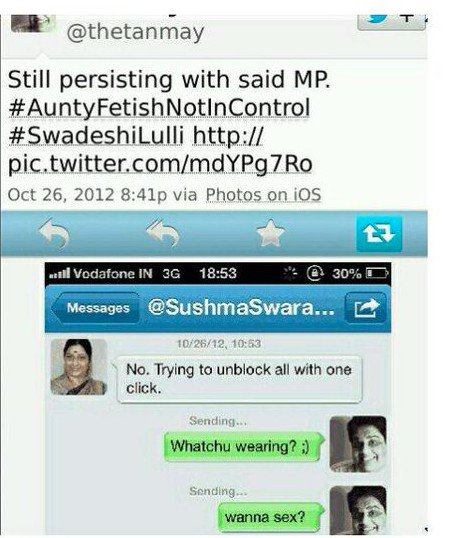 The story of the victims are scary and AIB’s admittance that they knew about the sexual harassment and yet did nothing points to a greater malaise in the entertainment industry and especially, the stand-up comedy fraternity that has found its new found love of pretending to be ‘feminists’.