The Congress leader's open call for ‘burning Modi alive’ is nothing less than a clear incitement to violence against the topmost leader of the country. 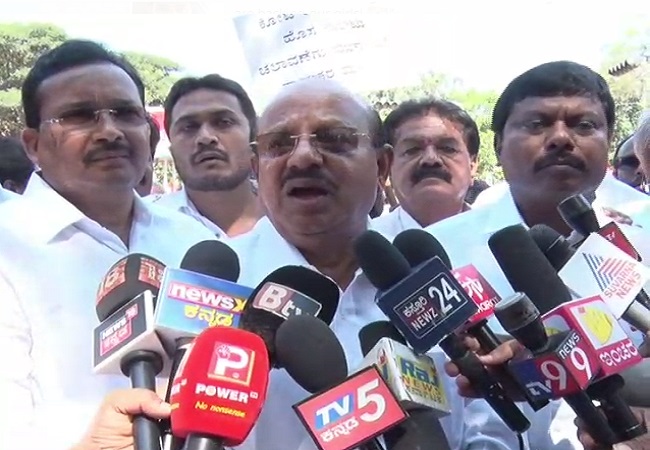 In yet another attempt to demean the post of the Prime Minister by displaying their hate towards PM Narendra Modi, senior Congress leader from Karnataka, TB Jayachandra said that time has arrived to burn down PM Modi, reported ANI.

#WATCH Congress leader and former Karnataka Minister TB Jayachandra says ‘Prime Minister Modi had said (during demonetization) that give me 15 days or you can burn me alive. Now the time has come to do exactly that. If he has any self respect then he should quit and go.’ pic.twitter.com/YFFvLgrmEl

The Congress leader’s open call for ‘burning Modi alive’ is nothing less than a clear incitement to violence against the topmost leader of the country.

Former Minister TB Jayachandra while talking to media during a protest event staged against the NDA government for its decision to ban high-value currency through demonetisation on 8th November 2016, said that the day has come when we must burn Narendra Modi alive.

The opposition leaders such as Mani Shankar Aiyar have frequently abused Prime Minister Narendra Modi by referring to him ‘Chaiwala’ and ‘Neech Insan’ as an attempt to lower the dignity of Narendra Modi. Congress leaders like Manish Tiwari and Digvijaya Singh have often resorted to using derogatory words against the Prime Minister.