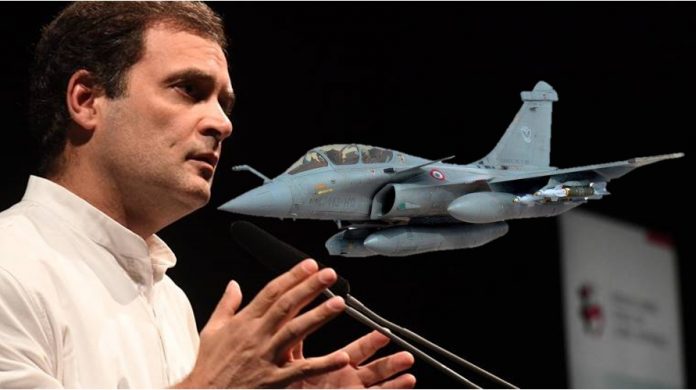 The French Ambassador to India Alexandre Ziegler called out Congress mouthpiece National Herald’s bluff over the new round of lies pedalled by the propagandists with regard to ‘difference in price’ for Rafale jets.

France did not announce yesterday any new aircraft acquisition order! The amount you’re referring to will finance solely the development of the new F4 standard for the #Rafale. The 28 aircraft remaining to be delivered to the ??Air Force are part of previous acquisition contracts

The French Ambassador clarified that amount referred in the National Herald article will only finance the development of the new F4 standard for the Rafale. He explained that the remaining 28 aircraft which are remaining to be delivered to the French Air Force are part of the previous acquisition contracts. He also mentioned no new aircraft acquisition order was announced yesterday as mentioned in the report.

We at OpIndia had already busted the lie earlier today. We had shown how two unrelated deals have been maliciously combined to show that Indian Rafale deal is too costly. This fake news was first spread on Twitter by Ravi Nair, who is associated with propaganda sites like The Wire and Janta Ka Reporter. He has been in the forefront of spreading fake news about the Rafale deal. According to a report published on November 2, he had already published more than 40 articles on the Rafale deal by then.

The lie had been then perpetuated by other propagandists including the usual suspects like Supreme Court lawyer Prashant Bhushan is quite fond of sharing fake news from dubious websites.