Safety is paramount. While investigations are still ongoing in both the crashes and we await the final report, it’s imperative that Boeing addresses the concerns by adding required safety measures to stop any untoward incident in future.

Both flights were brand new clocking somewhere around 800 hours of flying. Both were being flown by experienced captains and first officers (FO) who had 5000-8000 hours of flying between them. Looking at the flight data, it seems both aircraft could not maintain a steady climb after their take off. While the crew tried to pull up, the aircraft kept falling until the crew lost control and both aircraft plunged to ground/sea.

While the full investigation report on the Lion Air crash is not yet published, let’s see what we know so far from the Flight Data Recorder (FDR) + Cockpit Voice Recorder (CVR) together known as Blackbox. Before we understand what went wrong, we need to understand a few aerodynamics forces.

One of the fundamental forces working on an aircraft is Lift. Lift is generated by the high-velocity low-pressure air moving over the top of the wing and low-velocity high-pressure air at the bottom of the wing due to the unique aerofoil shape of the aircraft. Due to the pressure difference, the high-pressure air from the bottom tries to move up to the low-pressure area, hence lifting up the airplane. At any point, the lift force should be higher than the weight of the airplane for the aircraft to keep flying.

Now let’s understand another fundamental principle here. The faster the plane moves, the pressure difference becomes higher. Hence more is the lift generated and aircraft flies higher. As the velocity is decreased, the pressure difference drops and aircraft comes down. In fact, this is how the plane lands (Plus certain other things). However, there is a minimum speed the aircraft must maintain to keep the lift generated at wings higher than its weight. If the aircraft goes below this speed, the lift force will not be able to keep the aircraft in the air. This is known as stall speed.

Modern-day jets deploy various anti stalling mechanisms to keep the aircraft from stalling. Aircraft are tested in adverse conditions to test the anti-stall systems. In fact, a test flight Airbus A320 belonging to XL Airways Germany, to be delivered to Air New Zealand crashed while testing the anti-stall systems killing all 7 crews including the test pilots and flight engineers. Of course, the crew disregarded the altitude and speed limits under which these tests must be conducted. However, this goes on to say how detailed every system is tested on a commercial jet before giving it airworthiness certificate.

Anti-stall generally deploys 2 thing – More power to engines to generate more thrust and thereby increase velocity, Change angle of attack – The angle at which the oncoming air hits the wing tips. Decreasing the angle of attack (Pitching the nose down) increases the lift coefficient but only till a critical point, beyond which the plane may go into an uncontrolled descent. 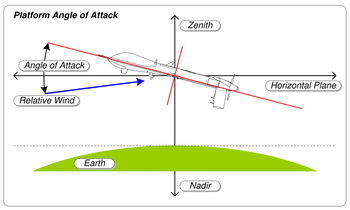 Boeing launched the 737 MAX 8 as an answer to Airbus A320 neo as the most fuel efficient short-haul single-aisle aircraft. To make it more efficient, Boeing incorporated some design changes to the airframe and added bigger engines. To compensate for this, they had to move the engines slightly forward. This changed a lot of aerodynamics in the jet. Read the next lines slowly as this is important to understand what may have gone wrong in both aircraft.

The relocated engines cause an upward pitch i.e. the aircraft nose pitched upward. To compensate for this, Boeing added the “Manoeuvring Characteristics Augmentation System” – MCAS system to help the pilots bring the nose down in case the nose pitches too high up increasing the angle of attack beyond the critical limit bringing the aircraft to a stall. A very important characteristic of MCAS is, it’s activated by flight computers without the pilot’s input.

The below pic shows a horizontal stabiliser at 0 degrees trim. Take a good look at it next time you are boarding an aircraft. The primary job of MCAS is to trim the aircraft nose down. It moves the horizontal stabiliser up by .27 degree per second up to 2.5 degrees. It disengages when the nose is levelled sufficiently i.e. Angle of Attack (AoA) is lowered or pilots override with manual trim.

The doomed Lion Air had a faulty AoA sensor. Which means, it was sending wrong data to flight computers. The faulty data signalled a stall while the aircraft was flying at sufficient airspeed and nowhere near stall. The erroneous stall signal engaged MCAS which Boeing never told the pilots about. MCAS activated and tried to pitch the nose down. Because pilots never knew about the MCAS system, they could not figure out why the aircraft was trimming down on its own. They tried to pull the yoke stick to pitch up but that did not disengage the MCAS.

There is another catch here. If the flight computers detect a stall (Which was due to wrong AoA inputs in this case), the make the yoke stick manoeuvring difficult to pitch up. It means because the computers think aircraft is going to stall, they want to help the pilot in pitching down the aircraft. It means pushing the yoke stick is loosened while pulling it becomes tightened and hence difficult. This is because, to stop a stall, you will want to pitch down and not pitch up.

However, in the case of Lion Air, it was not stalling. The computers thought it was stalling. So in addition to activating MCAS, which started trimming the nose down, the computers also made it difficult for the pilots to pull the yoke stick. This may explain the unsteady climb of the aircraft before it finally plunged. It’s noteworthy here that similar thing happened with the doomed aircraft couple of days before the incident. The pilots could not understand why the aircraft was pitching down without any inputs and they also didn’t know about MCAS. However, they switched off the autopilot and overrode with manual trim. That disengaged the MCAS and saved the day for them. The ill-fated set of pilots were not as lucky.

Boeing 737 MAX 8 made its first commercial flight in 2017. It’s a brand new aircraft. 2 fatal incidents involving a brand new jetliner is not usual. Following these incidents, China has ordered all its carriers flying this aircraft to ground their jets. As many as 18 airliners have grounded their MAX 8 suo motu without any regulatory advice until further instructions from FAA (Federal Aviation Administration) and Boeing.

DGCA has followed a cautionary approach on this. In India, Spice Jet flies 12 and Jet flies 5 Boeing 737 MAX 8. Following the Lion Air incident, DGCA had mandated Boeing pilots to undergo a compulsory training with Boeing to learn new features. After the Ethiopian crash, DGCA has issued an order to update the Master Equipment List (MEL) for Boeing planes. MEL lists all equipment failing which the airworthiness certificate won’t be issued. The list of the instrument to inspect during routine maintenance now includes Stall management and AoA sensors. Additional checks to ensure the NULL position for AoA sensors have been added to the checklist.

Directorate General of Civil Aviation (DGCA) in advisory to B737 MAX operators after Ethiopia Crash: This is 2nd fatal accident to B-737 max aircraft within a span of 5 months. At present, 2 Indian carriers, SpiceJet (12 aircraft) & Jet Airways (5 aircraft) have these aircraft pic.twitter.com/MQpzKM3I93

Jet has given a statement that it is not flying any of the 5 aircrafts until further instructions from Boeing.

Jet Airways spokesperson’s statement following Ethiopian Airlines crash : Jet Airways has five Boeing 737 MAX in its fleet but is currently not flying any of these aircraft. The airline is in contact with the manufacturer and the regulator in context of this development. pic.twitter.com/gdDOp0sKbW

Safety is paramount. While investigations are still ongoing in both the crashes and we await the final report, it’s imperative that Boeing addresses the concerns by adding required safety measures to stop any untoward incident in future. We understand Boeing is working closely with all its customers and regulatory authorities and we hope they make the skies safer than ever before.