In the coming years, it will be interesting to see how the Modi Government will optimise the potential use of culture as a diplomatic tool to influence other countries and leverage Indian cultural diplomacy as a bargaining capital to further promote India’s global image.

India’s global image can be said to be engraved in the notion of ‘unity in diversity’, reflective of the wide mosaic of cultures and civilizations which has, and continues to, intrigued many across the world. As such, ‘Culture’ as an extension of ‘soft power’ diplomacy is recognised as an important instrument of India’s foreign policy in promoting linkages among people across countries.

Recognising the importance of the use of culture to develop a dialogue among civilizations, India, since its independence, has recognised the importance of cultural diplomacy as an instrument to connect to the world. For centuries, Indian arts, culture and religion have fascinated people from around the world. It has aroused curiosity among people, and in the process attracting them towards Indian culture and traditions. Keeping with this tradition, Indian Prime Minister Narendra Modi has taken a big leap further in promoting India’s cultural diplomacy and transforming India’s global image through the five pillars of his foreign policy namely – Samman (dignity), Samvaad (dialogue), Samriddhi (shared prosperity), Suraksha (regional and global security), and Sanskriti evam Sabhyata (Cultural and civilizational links). He has transformed India’s global reach by polishing, in the words of Joseph Nye, the ‘ability to get what you want through attraction than through coercion or payments’.

The most significant accomplishment in advancing India’s cultural diplomacy was the proclamation by the United Nations on 11 December 2014 to designate 21 June as the International Day of Yoga following PM Modi’s call to the United Nations General Assembly. The overwhelming response received every year on the International Day of Yoga reflects that the practice of yoga as part of Indian cultural diplomacy has gained both popularity and acceptance among a large section of people across countries. The effective use of Yoga as a diplomatic tool in India’s soft power projection is revitalising India’s global image in the minds of people abroad.

In promoting Indian cultural diplomacy, the Modi government has also revitalised its institutional mechanisms to strengthen and foster India’s cultural heritage. Under the Modi government since 2014, the work of the Indian Council for Cultural Relations (ICCR) in promoting cultural diplomacy is notable. Through its Cultural Centres, spread in 37 countries, it has been engaged in organising cultural festivals in India and abroad, deputing Chairs of Indian Studies abroad, providing scholarships/fellowships to foreign students/ scholars to study in India and others such activities, thereby promoting not only cultural but broader linkages with countries across the world. To ensure quality and cater to the increasing demand, ICCR also empanels Yoga teachers to send them abroad to teach yoga. Since the celebration of International Day of Yoga formally in 2015, perception about Yoga has taken a new global dimension and promotion of Yoga as India’s gift to the world for the overall well-being of humanity has brought Yoga to the centre-stage. This is demonstrated by the increasing demand for Yoga classes in ICCR’s centres abroad.

ICCR has in recent years, under the current president, Dr Vinay Sahasrabuddhe, introduced various new programmes to promote the country’s ‘cultural identity’ worldwide in alignment with PM Modi’s vision to boost cultural diplomacy. With an objective to increase the global reach, ICCR has been engaged in successfully enlisting experts to the post of Directors of Indian Cultural Centres. The Council has also planned to organise programmes like ‘Understanding India’ and ‘Destination India’. ‘Understanding India’ is a one-week course for anyone who is curious to know about the country and understand its culture. ‘Destination India’, on the other hand, is a conference which is scheduled to be held in Pune in January 2020 to improve the flow of foreign students in the country.

The Council has also started celebrating International Ramayana Festival since 2015 to propagate Indian culture across the globe. Recognizing the importance of connecting with the world through shared cultural heritage, Dr. Vinay Sahasrabuddhemaintained,  ‘Ramayana is a global cultural treasure’ and ‘the festival is part of ICCR’s initiatives to foster global cultural pluralism by facilitating cultural exchanges between international artists participating in the festival and is a perfect gateway for Indian culture to experience it live’.

In another great move in boosting Indian cultural diplomacy, Prime Minister Narendra Modi granted the Department of Ayurveda, Yoga & Naturopathy, Unani, Siddha and Homoeopathy, known as AYUSH, a ministry status in 2014. Ministry of AYUSH has since been responsible for policy formulation, development and implementation of programmes for the growth, development and propagation of Ayurveda, Yoga and Naturopathy, Unani, Siddha and Homoeopathy.

Exporting the products of popular culture in the form of music, art, cinema as well as other tools of cultural diplomacy to create favourable public opinion in other countries has been a priority for the Modi government in advancing its national interest. Considering the global support and growing interest to connect to the rich Indian cultural heritage, there is no denying the fact that PM Modi has been successful in advancing India’s interest through the promotion of Indian culture. This also speaks volumes of the political acumen of PM Modi at both national and global level. He has shown how the use of soft power can yield a long term tangible outcome as against hard power.

In the coming years, it will be interesting to see how the Modi Government will optimise the potential use of culture as a diplomatic tool to influence other countries and leverage Indian cultural diplomacy as a bargaining capital to further promote India’s global image. 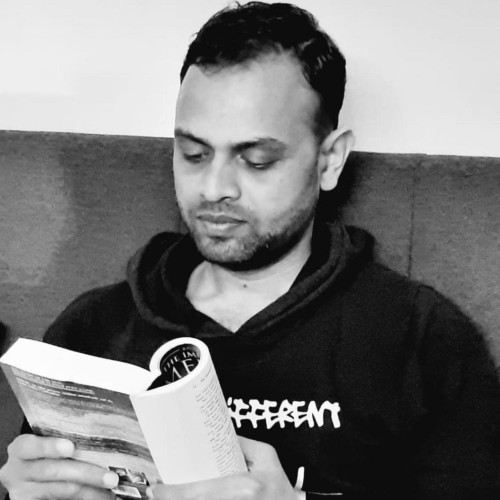 Dr. Mukesh Kumar Srivastava
Dr. Mukesh Kumar Srivastava is Consultant at Indian Council for Cultural Relations (ICCR) (Ministry of External Affairs), New Delhi. Prior to this, he has worked at Indian Council of Social Science Research (ICSSR), New Delhi and Rambhau Mhalgi Prabodhini (RMP). He has done his PhD and M.Phil from the School of International Studies, Jawaharlal Nehru University, New Delhi.