Not just Romila Thapar, all JNU Emeritus Professors above 75 years age are being reviewed as per University rules

Rule 32(g) of JNU says that, after Professor Emeritus attains the age of 75 years, the EC will review the continuation of the status. 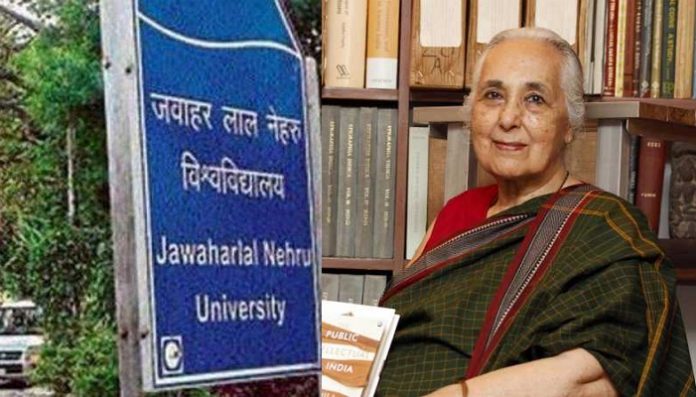 Several media houses had reported that historian Romila Thapar has been asked to submit has CV by Jawaharlal Nehru University (JNU), to evaluate whether she can continue as professor emeriti at the university. Originally reported by The Telegraph, the report had said that this decision had shocked several faculty members of the premier university, claiming that emeritus professors are never asked to submit CVs. The report had quoted professors saying that this is purely motivated action.

The news had generated usual allegations of vendetta from usual suspects, according to whom credentials of left-liberal intellectuals can’t be questioned. It was labelled as “hounding” of Romila Thapar, as a fascist move.

But the fact is, the step taken by JNU administration is a routine move, and not targeted against any particular person. Although the media wants everyone to believe that only Romia Thapar is being evaluated for continuation as professor emeriti, the fact is it is being done for everyone with this status who is above 75 years of age.

Based on their interest to continue, the EC will take a decision.

Although the move by JNU to evaluate Professor Emeritus is being projected as unprecedented, the fact is that it is done as per the Academic Rules and Regulations of the university. Rule 32 deals with conferring the title of Professor Emeritus in JNU, and under it, the rule 32(g) says that, after such a professor attains the age of 75 years, the EC will review the continuation of the status.

The rule says: “Once appointed, E.C. as a appointing authority, will review the continuation or otherwise for each existing Emeritus Professor after attainment of her/his age of seventy five years by considering her/his health status, willingness, availability, university needs etc. so that more positions will be available to other potential candidates.”

Romila Thapar is aged 87 years, which means she has been included for review. Therefore, the JNU has taken a routine decision as per established rules and regulations of the university.