OpIndiabringing the \'right\' side of India
More
HomeOpinionsWhy are comedy ideologues abusing Sadhguru and what is at stake for us all
Opinions
Updated: 27 January, 2020

By impacting young minds and using them as cannon fodder, the political overlords attempt to derail important social initiatives that people like Sadhguru undertake.

Abuse and profanity are the new weapons of attack in India. Those who have contributed nothing for anyone in the society are today trying to drown the voice of those who are doing work that will help save the planet.

A hundred years from now, when we humans have destroyed the planet and its creatures and handed over hell to our kids to live on (if science is to be believed), the work of very few men and women will be remembered because it would have made a difference despite our destruction.

Not words, but work.

People, for example, who have taken up the objective to plant one trillion trees on the planet like Ivan Duque, Marc Benioff, Dominic Kailash Nath Waughray, Jane Goodall, Hindou Oumarou Ibrahim, and Sadhguru. They are the ones who are doing things that go beyond a race, country, creed or group. They are of course undertaking other initiatives that in themselves have transformed the societies they are living in.

Let us look at one such initiative that Sadhguru has undertaken. Cauvery Calling.

Thanjavur district has been known as the rice bowl of Tamil Nadu for centuries, because of the fertile soil deposited by the river Cauvery. That Cauvery river is now just a trickle in that region. Thousands of years of agricultural communities are being destroyed. Sadhguru’s initiative is to revive the lifeline of those communities.

Diverse, even opposing political forces have been brought together to create institutional buy-in. The aim of this whole effort is to plant 2.42 billion trees along the 81,155 square kilometres of the Cauvery basin. So far 47,890,714 or ~48 million trees have been donated to the initiative. Just to get some context, the current number of all the trees in Mumbai is 3.3 million!

Far away from the real work of trees, our future, environment, and rivers, is a make-believe world political one-up-man-ship.  Those who can not achieve anything worthwhile for themselves or the community, make themselves relevant in their own eyes by abusing others.  That is what people like Kunal Kamra and Atul Khatri do.  They package hate, abuse, and profanity and choose to call it humor.  A tool that should have been for laughter and enjoyment is now a tool of shameless ideological vendetta.

For a man who is working on reviving Cauvery, taking up the almost impossible task of planting 50 billion trees (under 1T initiative), while having a standing Guinness record for planting maximum trees in a day, these are some of the things that Kunal Kamra – a propagandist with no real contribution to society other than colourless political hate speech  – has to say.

A volunteer reached out to an acquaintance…

Quite simply, Kamra is churning out bigoted and profane abuse packaged as comic fodder.

You see, sarcasm and irreverence has sometimes been acceptable as humor, but what these people are dishing out is anything but.

What we are witnessing today are threats, hate speech, and “flaming,” (posting insults online laced with profanity and offensive language) by career trolls to intimidate those whose ideas they do not like.

It is an extreme form of political bullying at work.

Read: Sadhguru was talking about the Kanakadhāra Stotram, but ‘liberals’ expected him to know of acts of sexual deviancy

Sadhguru, for example, has been targeted because some of his views are appreciative of the work by the current central government. To target PM‌ Modi, anyone who backs anything he does is abused and humiliated. All, in order to isolate him.

Targetted abuse is an ideological weapon today. And it comprises of misinformation and abuse. For Kunal Kamra, flaming and abuse become his tickets to first creating a constituency of hate and then feeding it with the matter which is primarily profane. Humor that he aims for comes not from the content, but the imagined connotation of the content to that particular hate group.

Democracies subverted by targeted social media interventions have become societies where small pathological minorities of incompetent and least capable individuals are taking over social narratives for the rest of us.  And, that is dangerous because many young, confused and ill-formed minds can be impacted before they gain maturity.

The political comedy industry is now a potent business and at its foundation are ideological financiers, who have their own goals to achieve.

Read: Sadhguru talks about dismantling the enemy within the country, ‘liberals’ take offense

By impacting young minds and using them as cannon fodder, the political overlords attempt to derail important social initiatives that people like Sadhguru undertake. Apart from subverting the popular will of the people. They look at their gains, the future of our coming generations, polity, democracy, and planet can go to hell.

Those are the stakes at hand! 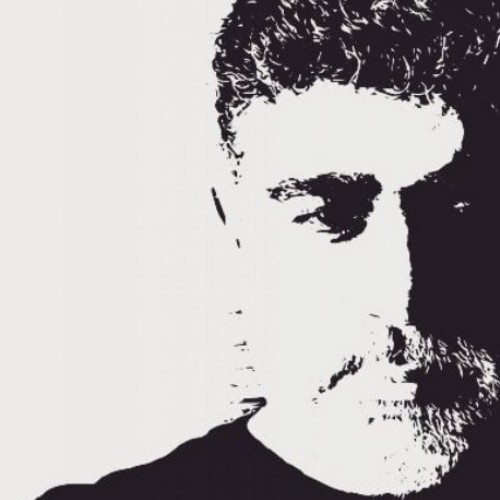 drishtikonehttps://drishtikone.com/
Desh is a blogger who writes on politics and spiritual topics on Drishtikone.  He uses the power of his pen to create thought-provoking commentaries on contemporary issues and events from an Indian civilizational perspective.

Aurangzeb remains a "hero" for Islamists who believe the Mughal tyrant was fulfilling the Islamic prophecy of 'Ghazwa-e-Hind'.
OpIndia Explains

With the placement of the Shivlinga in the centre, the plan of the old temple seems to be a one-of-a-kind arrangement for a Hindu temple; while the conventional design demands a linear progression of activities planned from Mandapa to the Garbhagriha.