‘This is how the Christoislamist lobby behaves’, says journalist abused on social media for speaking out against Azaan in Chennai’s Marina Mall

Pandey also believes that the culture of inclusiveness in the country is being destroyed by the influx of money from the Gulf countries. 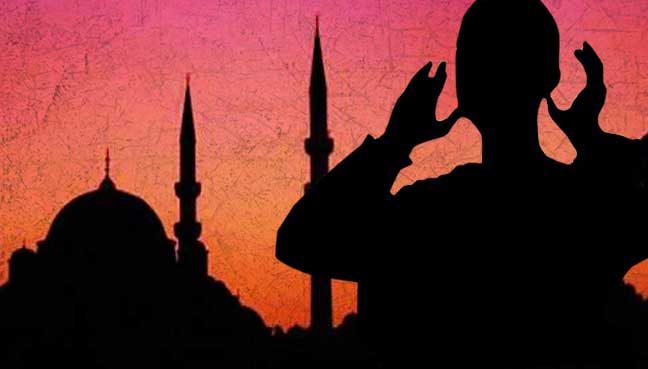 Sanjay Pandey, a journalist who has been associated with FirstPost and Reuters in the past, on Sunday shared a short video on Twitter where the Azaan can be heard playing in the background. He said that the Azaan was being played through the internal sound system of the Marina Mall where the video was recorded. He noted that the mall’s usual music resumed after the Azaan was completed.

Welcome to secular India! Azan playing on internal music system of The Marina Mall @Marina_Chennai.
I am curious is even legally allowed? Interestingly, the mall’s usual music resumed after the prayer call was over. pic.twitter.com/Yc6aiAvwyL

In the caption, Pandey said that he wondered if it was even legal in the first place. In the video shared he says, “This is insane and ridiculous. I have never heard anything like this; at least in India. I don’t know what kind of mindset is this. Next time you’ll see Church prayers and Bhagavad Gita playing in malls. Welcome to Secular India.” Immediately, Pandey was showered with abuses and some even told him to ‘Get the f**k out’ of Chennai.

OpIndia got in touch with Pandey to understand the situation. He told us that he had gone to the Marina Mall to watch a movie and the incident happened after he had come out after the show was over. “I am a journalist and I have travelled to every nook and corner of the country. I have worked in all the four metros. I have never had such an experience. This is something new. And this is an indication that we are probably headed towards a situation where such things will happen more and more frequently. They are basically trying to normalize it.”

He continued, “They have normalized five times Azaan from Mosques, nobody objects to it now. And if somebody objects like Sonu Nigam, they have to shave their head. Also, get threats from people. I have talked to my friends from Dubai, it doesn’t happen there also.” Pandey further said that he doesn’t even tweet too much and he had tweeted for the first time in more than a year because he felt it was something that more people should know and care about. “A mall is not a religious affair, it’s a business establishment. In today’s society, a mall is probably the most secular place that you can think of.”

Pandey said that after recording it for thirty seconds, he went and talked to a few people in the mall and asked them whether it happened on a daily basis. He said that he was told that it is indeed the case. He said that in order to ensure that the Azaan was not coming from a nearby Mosque, he checked to see if there were any nearby and he found out that it wasn’t the case. He also tried to talk to the manager but he wasn’t able to. He talked to a few security guards but they said they could not speak on the matter. He also said that initially, they admitted that the Azaan was indeed connected to the internal sound system but backtracked later.

The journalist was taking the slew of abuse lightly thus far. Pandey said that he ‘pretty much expected the abuse’. He said, “The way that the Leftists and Christoislamists lobby behave, it’s their way or the highway… But I believe if something is wrong, then I have to say it. And if the abuses come my way, I take it in my stride. This is helping me understand the psyche of these people and what they think about this country.” Pandey also said that he was not a Sanghi as he has never been associated with the Sangh, contrary to what the abusive people in the comment section were alleging.

Pandey also believes that the culture of inclusiveness in the country is being destroyed by the influx of money from the Gulf countries. “The Radical Islam that has been exported to our country, it has ruined the culture of inclusiveness. There is so much venom in people.” He also mourned the disappearing civility in public discourse. “People are ruining their relationships, just because of disagreements on social media. I do not usually tweet but this was something that caught me by surprise and I couldn’t restrain the urge to share it and let the world know this is what we have come to. What’s next?”