The Imperial Cholas, Part I: An Introduction to the longest ruling Dynasty in India

Cholas are also mentioned in the ancient Greek nautical logbook used by traders and sailors as the ‘atlas’ of those times, Periplus of the Erythraean Sea, which was written in the 1st c. CE. 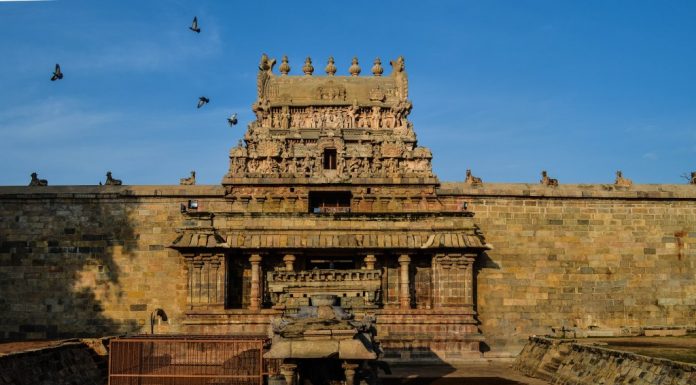 The power of the Cholas

From a study of the annals of Indic studies, it is quite clear that the Imperial Cholas of south India claim the record for being the longest ruling dynasty in Indian history. It is undoubtedly also one of the grandest empires that the country has ever seen. The earliest datable historical record of the Cholas is in the form of epigraphical evidence, where the dynasty finds a mention in the 13th Ashokan edict, dated 3rd century BCE. Besides this, the Cholas are also mentioned in the ancient Greek nautical logbook used by traders and sailors as the ‘atlas’ of those times, Periplus of the Erythraean Sea, which was written in the 1st c. CE.  The 5th century CE Buddhist literary text Mahavamsa talks of frequent wars between the Cholas and Ceylonese in the 1st c. BCE. As one of the Three Crowned Rulers, or the World of the Three, known as Moovendhar, the Cholas along with the Cheras and Pandyas controlled the political world of Tamilakam, the ancient Tamil country.

While the main power centre of the Cholas was located in the Kaveri river valley when this mighty dynasty had reached its zenith in the 9th to 13th century CE, its imperial territories stretched across Kerala, Tamil Nadu, Andhra Pradesh, and Andamans. The lands south of the Tungabhadra river was brought together as one territory under the Chola sway, and they remained so from 907-1215 CE when the Chola kings were the military, socio-economic, and cultural superpower of the southern states. Under their famous king, Rajendra Chola, a victorious Chola army also crossed the Tungabhadra border and marched into eastern India, to the banks of the river Ganges in Pataliputra; and as per the Chola inscriptions, also defeated king Mahipala of the Pala dynasty.

However, the Cholas did not remain limited to just controlling the Indian states; they also held strong military and cultural sway over the islands of Maldives, Indonesia, Sri Lanka, Lakshadweep, parts of Myanmar, Srivijaya (Sumatra &Java), and the islands in the Eastern Archipelago. This is evident from the records of their naval raids on Srivijayan maritime cities, and their embassies to the Chinese court. The Chola naval fleet was considered as the strongest Indian sea power of ancient times.

Besides being mighty warriors and seafarers, the later Chola kings were also prolific builders, and they commissioned many beautiful temples across their empire. Highly influenced by the Pallavan temple art (who were their predecessors), the Chola era monuments stand as a symbol of the power and ingenuity of Cholas and their craftsmen. Some of the Cholan temples are now considered among the finest examples of south Indian art and architecture.

Historically very little is known about the early Cholas, though there are references to the dynasty in various texts collectively known as the Sangam literature. Without much available historical information, the tales associated with the early rulers such as Karikala, have now acquired the statuses of grand semi-legendary tales. While the Pandyas and Pallavas came into historical limelight from the end of the 6thc. CE, the Cholas reappeared only around the mid-ninth century under their king Vijayalaya, and it was under him that the imperial Cholas fanned out from Thanjavur. Starting with Vijayalaya, the Chola dynasty ushered in a grand revival of religion and literature in the southern part of India that continued unabated until the 10th c. CE. Again, in the 10th century CE, the Cholas saw a weak phase in their rule when some of their rulers were killed in different wars, one king was assassinated, and power seized by the Rashtrakuta ruler, Krishna III, who took over Tondai-mandalam.

Finally, in 985 CE, Rajaraja I came to power, and under him, the Chola dynasty rose to heights never achieved before. Titled as Rajakesari Arumolivarman, Rajaraja I (985-1014 CE) is considered as the most powerful Chola king, and during the three decades of his rule, the Cholas established themselves as a formidable power. Rajaraja I is unmatched in his war triumphs (across India and foreign countries), administrative skills, as a great patron of art and literature, and as an epitome of religious tolerance. Rajaraja I was succeeded by Rajendra I (1012-44 CE), who was as brilliant as his father. Based on the foundations made by his father, Rajendra I further raised the stature of the Chola dynasty to such levels where it was considered as the most extensive, influential Hindu kingdom of that time.

By the turn of the 9th century, CE Shaivism became the dominant religion of the Chola empire. Started by Parantaka I (an early Chola ruler), the Shaiva theology was further reinforced by Rajaraja I and Rajendra I. Owing to this we see the frenzied building of many Shiva temples in Dravida style architecture, and an attainment of lofty levels in paintings, bronzes, and sculptures, which were expressions of great devotion. The Chola centres of religion and learning were mostly centred around Thanjavur, Gangaikondacholapuram, and Darasuram.

After a succession of many good rulers, the last two great Chola rulers were Rajadhiraja (1166-1180 CE), and Kulottunga III (1178-1218 CE). Kulottunga III made great efforts towards stemming the decay that had slowly started affecting the once great Chola empire. He was also a prolific builder, which is seen by his various additions to the Chola monuments, as seen in the Kampaharesvara temple at Tribhuvanam, and also in other temples at Madurai, Kanchipuram, Tiruvidaimarudur, Chidambaram, and Darasuram.

The Cholan dynasty, which continued to rule various parts of southern India, slowly came to end in the 13th century CE, when their arch rivals, the Pandyas, took over the control.

[In the next part, The Imperial Cholas- II, I will take up the administration and governing details seen under this mighty dynasty].