What is a Hindu Temple: Their Symbolism and Vastu Shastra

A Hindu temple is not essentially only a place to perform religious rites; it is more of a teerth, a place where one goes to seek union with the Supreme Consciousness or Divinity and attain moksha.

A Hindu temple is not essentially only a place to perform religious rites; it is more of a teerth, a place where one goes to seek union with the Supreme Consciousness or Divinity and attain moksha. In Hinduism and other Indic religions, life is itself viewed as a journey (a teerth) from birth to death, where death is just a part of a longer journey that ultimately aims at attaining moksha.

This vision of the life as a journey is beautifully expressed in the Bhatiyali songs of the fishermen folks from undivided Bengal, where these simple people living on their boats away from their loved ones for months, would seek the meaning of life and existence with the only companion they had: the endless river, its waters merging with the deep blue sky in the distant horizon.

These rivers were so integral to these fishermen and those that lived on their banks that their waters came to symbolise the meaning of life itself in their songs. As one rowed through life, the river banks or ghats became allegorical to various stages in life, starting with birth, moving on through love, pain, happiness, with the final ghat or station being death: O Majhi Re, Apna Kinara Nadiya Ki Dhara Hai… However, death is just another ghat or station, and does not bring in moksha; the final release is achieved only through the attainment of Brahmavidya or Supreme Knowledge.

While the great ascetics can hope to achieve release in their lifetime (jivan mukti) or in death, for the common people other ways remain open to help them move towards the Centre or Moksha. Going for a teerth is one such way, which not only brings happiness but also helps the devotee to take a step forward towards the divine union; similarly a visit to a temple is a spiritual journey, a pilgrimage or teerth that seeks union with the Supreme Divinity, with the temple acting as a medium to help the devotee unite with his preferred God.

Teertha or sacred sites refer to pilgrimage places that are often seen located beside water bodies, such as a river, sea, or lake. The word teertha, which means a passage, is closely associated with the river of life that helps one in self realization and crossing over to reach the Centre. It is a sacred ground or an active energy field, where one can achieve moksha or the final release.

Thus, a teertha is not the end goal by itself; it is where the journey to the Centre starts. That is why there are so many teerthas spread across India, and the whole of India is considered as a sacred site of divine energy; while the Garudapurana mentions seven such special cities that help to attain moksha: Ayodhyā Mathurā Māyā Kāśī Kāñcī Avantikā| Purī Dvārāvatī caiva saptaitā mokṣadāyikāḥ.

It is also the same reason why one need not even undertake the the teerth yatra at all and still achieve self realization through control and training of the mind and faculties. Manasa-teertha or an inward journey leads one towards his inner soul, where he can bathe in the pure deep waters of Truth and Brahmajnana, thus being able to see the real nature of the world around him.

Teerthas being energy sites where one senses the presence of divinity, it is natural that temples would be built on such sites. According to Brhat Samhita the “gods always play where lakes are, where the sun’s rays are warded off by umbrella of lotus leaf clusters…gods always play where rivers have for their bracelets the sound of the flight of curleys and the voice of the swans for their swans for their speech …gods play where groves are near rivers, mountains, and springs, and in towns with pleasure gardens… it is such places that the gods love and always dwell in” [play here translates to ‘being present,’ which means the presence of celestial beings that act as an intermediary between man and the Supreme Consciousness/Brahman].

Thus, these are places where gods are installed and temples are built, whose towering shikharas lead the devotee’s eyes from this world to the other worlds above. While temple designs may vary based on time and location, there is one basic regulating factor that remains unchanged: the plan, known as the Vastupurushamandala.

Vastupurushamandala is the ritual diagram that regulates the site plan and the ground plan, and is drawn on the ground before temple construction starts, over which the temple will stand. It is always a square and records what is known as an architectural rite, and as per Samaranganasutradhara, the precise drawing of this rite is the first step in Indian architectural science.

The temple thus built over this well levelled intellectual plane is where the entire world exists, which is the meeting point of Heaven (para prakriti- beyond Existence) and Earth (apara prakriti- Existence), and is accessible to man. Vastupurushamandala is also considered to be a Yantra, where the latter is a geometrical method to bind an aspect of the Supreme Principle for the purpose of worship.

When it is decided that a temple will be built, there will be three involved in the initial process: the Yajamana (the donor or the sacrificer) on whose behalf the temple will be built; the architect or Sthapati who builds the temple; and the Sthapaka or the architect-priest under whose guidance the sthapati will work. Once temple building activity starts there will be four classes of craftsmen or silpin involved: Sthapati (designing architect and the foremost one), Sutragrahin (surveyor), Taksaka (sculptor), and Vardhakin (builder/painter/plasterer).

“The shape of the Vastu for gods and Brahmanas is square” ~ Mayamata.

The square is the fundamental form in Indic architectural sciences; the perfect and integral form of Indian architecture. It presupposes (implies the presence of) of a circle and results from it, and both became a part of Indian architecture from the Vedic fire altar, or Agni. As per Satapatha Brahmana, the sacrificial ground is called a Vedi as the gods obtained the earth by performing sacrifices on four sides, thus making the sacrificial ground symbolic of the earth.

The square does not refer to the outline of the earth; but connects the four cardinal points; East, West, South and North. Thus, earth is chatusbhristi or four cornered (Rig Veda, 58. 3), symbolically represented as Prithvi mandala; however when considered in itself, the earth is circular (Rig veda, X. 89). It is this square Vedi which forms to be the sacred ground for temple building.

Indian temples should adhere to Vastu as much as possible, because it is the place where people come to seek divine blessings in order to fulfill their wishes. It is a place of peace and harmony, where a darshan of the divinity is the uppermost thought in everyone’s mind. There are many temples which have been constructed with Vastu non-adherence, and it has been observed that in many cases such temples fail to prosper in terms of harbouring peace and possessing the divine energy or essence.

Any improper orientation in the temple construction is believed to bring in chaos and mishaps that may have adverse effects in the lives of those associated with it, especially on that of the Yajamana. Thus it is imperative that the prominent features of Vastu be considered while constructing a temple.

1. Every shrine must be constructed facing East, with entrance in the same direction. East direction is sacred in Vastu because sun rises from this direction, and the Sun is the sole energy giver. Therefore according to Vastu the shrine and main entrance should always be East facing, while the chief deity must also face the same direction as well.

2. The temple plot should have a regular shape; and irregular shapes while constructing a shrine should be avoided, as plot shapes in a triangle, circle, or oval are prohibited & considered inauspicious. Before the architectural rite of drawing the Vastupurushamandala can be done the land must be made absolutely level and firm, with no parts rising out.

3. The place to keep shoes in the temple is best located in the Southern side, while a tank for drinking or a water resource can be built in the Eastern side.

5. Building an entrance gate in the South direction must be avoided, and the main door must be stronger and bigger than the other ones in the temple.

6. Provision for a window should be made on the Eastern side only.

7. Place for God’s image must be higher than the ground and all the murtis must placed in a manner that they face East; only Lord Hanuman, Lord Dakshinamurti, and Goddess Kali can also face South.

9. Water storage must be located in North-east corner if underground, and over-head tank must be placed in the South-west.

10. Kitchen temples must be situated in the South-east corner as this is the place for the Fire element.

11. Charity/donation boxes must be kept in East or North direction.

12. A temple is best built on the site where there is a river, sea, or mountain in the East or North direction. 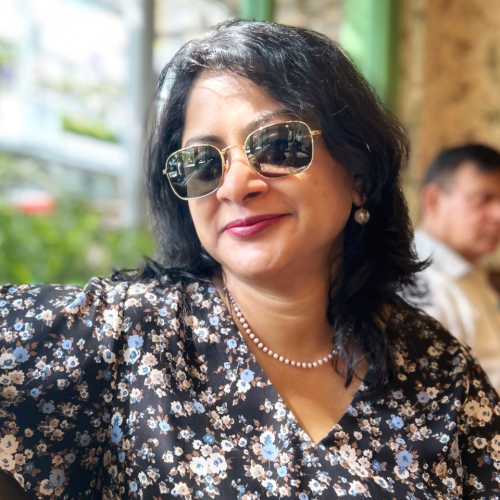