OpIndiabringing the \'right\' side of India
More
HomeOpinionsYasin Malik gets life imprisonment: How Leftists have always been the ideological backbones of...
Editor's picksOpinionsSocial Media
Updated: 26 May, 2022

Yasin Malik gets life imprisonment: How Leftists have always been the ideological backbones of Islamists and how that saga continues

Despite funding terror activities in the Kashmir valley at the peak of insurgency, killing Kashmiri Hindus and forcing them out of their homes, many 'liberals' in India have had a soft spot for Yasin Malik

Hours after the terrorist and Kashmiri separatist Yasin Malik was sentenced to life imprisonment by the Special NIA court for terror funding activities in Jammu and Kashmir, the leftist cabal in India joined the Pakistani citizens to shed tears over the decision by the Court.

Characterising Malik as a ‘martyr’, Aakar Patel, the former head of Amnesty International India stated on Wednesday that the Indian Court had convicted despite him not having contested the charges levelled against him and that this was a serious issue. “Yasin malik’s conviction despite not contesting charges against him is serious moment. A Kashmiri has martyred himself saying that India’s judiciary is bigoted and skewed against him. Remember that SC (mishra) didn’t release mufti on habeas. It can redeem itself only through action”, he said sharing his thoughts on the social media platform.

Also, one Gaurav Sabnis, an Associate Professor at the School of Business at Stevens Institute of Technology, refused to call Malik a terrorist. He also called the Modi-led government a fasict government and slammed it for leveling ‘flimsy charges’ against the terrorist. “Yasin Malik has been a complicated figure for decades in the middle of a complicated situation in Kashmir. One thing he’s not been, at least since 1994, is a ‘terrorist’. Giving him life imprisonment over blatantly flimsy charges is a straightforward fascist move flexing muscles”, he tweeted.

He also blatantly cornered the Modi-led government and the Indian judiciary for taking action against the Bhima Koragaon case accused Sudha Bharadwaj, Anti-CAA riots case accused Umar Khalid, Aryan Khan and many more criminal heads like these. He remarked that the Indian Courts and the government could label anyone as a criminal who oppose the Rashtriya Swayamsevak Sangh (RSS) and its ideology.

“Just like with Sudha Bhardwaj or Umar Khalid or Munawwar or Aryan Khan or many many such cases in the last 8 years, this is them saying you don’t even need to anything criminal for us to make you a criminal. Just opposing their sanghi agenda is a crime, and courts will agree”, he added in the series of tweets.

It must be noted that Sudha Bharadwaj, amongst other things, had condemned the hanging of Parliament attack convict Afzal Guru and Umar Khalid has been accused of instigating 2020 Delhi riots. Munawar Faruqui, the ‘comedian’ Sabnis mentioned had mocked the Hindus burned alive in 2002 Godhra carnage and Aryan Khan, son of Bollywood superstar Shah Rukh Khan was involved in drug scandal which was being probed by Mumbai Police, which is under the Congress-alliance government.

Aakar Patel and Gaurav Sabnis are just a sample of the entire left-liberal cabal in this case who probably also think that punishment to Malik for terror charges is a grave injustice to him. It is one thing criticising the government, not agreeing with it and even hating the democratically elected prime minister. It is all part of the democracy. But your hatred must not blind you that you stop seeing a terrorist as one. This is exactly how the wounds inflicted on Kashmiri Hindus were kept raw by previous governments by giving patronage to people like Yasin Malik who had mercilessly killed them and forced them to leave the valley.

Sabnis in his tweet refused to call Malik a terrorist ‘especially after 1994’. “One thing he’s not been, at least since 1994, is a terrorist”, he said. This is juts like saying that 26/11 Mumbai terror convict Ajmal Kasab who was hanged to death was innocent as he was in jail and could not operate weapons after 2008 and hence Kasab ceased being a terrorist.

On May 25, terrorist and Kashmiri separatist Yasin Malik was sentenced to life imprisonment by the Special NIA court for terror funding activities in Jammu and Kashmir. On May 10, he had pleaded guilty to all charges, including those under the stringent Unlawful Activities and Prevention Act (UAPA), before a Delhi Court in a case related to terrorism and secessionist activities in Jammu and Kashmir that convulsed the Valley in 2017. He had admitted that he was involved in terrorist activities, had also hatched criminal conspiracies, and that the sedition clauses against him were also correct.

He has been active in Kashmir politics and is one of the key instigators and secessionist leaders in the Kashmir valley. He is the chief of the Jammu and Kashmir Liberation Front (JKLF), an outfit that was banned shortly after the Pulwama attack. He was accused of kidnapping former Union Home Minister Mufti Mohammed Saeed’s daughter Rubiya Saeed in 1989 and of killing 5 IAF personnel in early 1990. He also was involved in the killing of Justice Neelkanth Ganju, the judge who had ordered the death sentence for JKLF terrorist Maqbool Bhatt, and the murder of the former director of Doordarshan Kendra in Srinagar, Lassa Kaul.

Terrorist Yasin Malik has been one of the primary figures who led the Kashmiri Hindu genocide in the 1990s. Despite his terror links and his involvement in the genocide of Kashmiri Pandits in the valley, the erstwhile governments, and the left-liberal media establishment have often tried to portray Yasin Malik as a peace icon and ‘messiah’ of the Kashmiris. The ‘secular-liberal’ intelligentsia has time and again attempted to whitewash the crimes committed by Yasin Malik and often considered him to be a legitimate stakeholder in the Kashmir peace process.

In the year 2008, a terrorist responsible for the killing of several thousand Kashmiri Pandit was dressed up by the media as some sort of a ‘hero’. He was invited by the India Today Group and was sold to the public as a ‘Youth Icon’. The India Today group gave a platform to a terrorist to further his anti-India propaganda. In his 12-minute speech, Yasin Malik was seen pushing the separatist agenda live on television.

Also, controversial NDTV India anchor Ravish Kumar had once referred to the terrorist as ‘Yasin Sahab’, and had showed him respect. Ravish Kumar had dialed terrorist Yasin Malik, who at the time was on a visit to Pakistan to meet and greet Lashkar-e-Taiba chief Hafeez Saeed. During the show, the BJP had raised its objection against inviting terrorists like Yasin Malik. However, Ravish Kumar defended his choice of inviting Yasin Malik to his show.

in year 2006, the then Prime Minister Manmohan Singh had invited him to a meeting in his official residence in New Delhi. Singh had also held crucial talks with terrorist on the part of his crucial outreach programme with the Jammu and Kashmir political leaders, separatists and other groups. The images of Singh happily merrymaking with terrorist Yasin Malik has become one of the most dismaying images of the recent past.

Recently, in year 2019, after the NIA arrested Malik on the charges of receiving funds through various illegal means, including hawala transactions and funding separatist and terrorist activities in the state of Jammu and Kashmir, several Jammu and Kashmir mainstream politicians had jumped into the support of the terrorist. Soon after his arrest, the National Conference president Farooq Abdullah had demanded the immediate release of the Pakistan sympathiser. He had saluted Jammu and Kashmir Liberation Front (JKLF) chairman Yasin Malik for “choosing death over bowing before New Delhi”. Abdullah had also congratulated Malik for his strong willpower and praised his unwillingness to sell the self-respect of Kashmiris. Joining the chorus, PDP chief Mehbooba Mufti and Abdullah’s son Omar Abdullah also demanded the Centre to release terrorist Yasin Malik from the NIA custody immediately.

It is important to note that while Malik has been receiving support from Pakistan Ministers and several other ‘intellectuals’ from India, the scenario of the representative of the leftist liberal cabal in India, Arundhati Roy sharing a merry laugh with Malik cannot be erased from memory of any Hindu. Roy and Malik, who share a camaraderie, have been at the forefront of instigating Kashmiri youths to wage war against the Indian state.

On Wednesday, following the National Investigative Agency’s demand for the death penalty for Yasin Malik, several Pakistan Ministers and politicians extended their support to the terrorist by seeking his release from the custody. Politicians like Naaz Baloch, former Pakistan PM Imran Khan, Actor Shaan Shahid, journalist Hamid Mir, Cricketer Shahid Afridi stood by Malik and demanded UN interference in the case. They all maintained that the Indian governmnet was doing injustice to Malik by convicting him under ‘falsified’ charges. 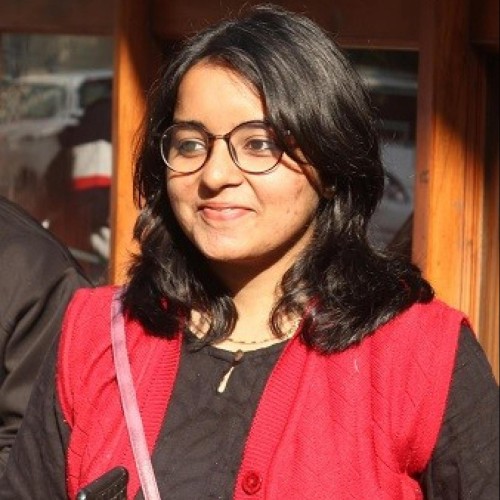 Many in India are receiving death threats by Islamists for extending support to Nupur Sharma over allegations of 'blasphemy' after Alt News' cofounder Mohammed Zubair dog-whistled and led online mob of radicals against her.

Maharashtra Assembly: BJP’s Rahul Narwekar elected as the new speaker with 164 votes, 107 MLAs voted against him