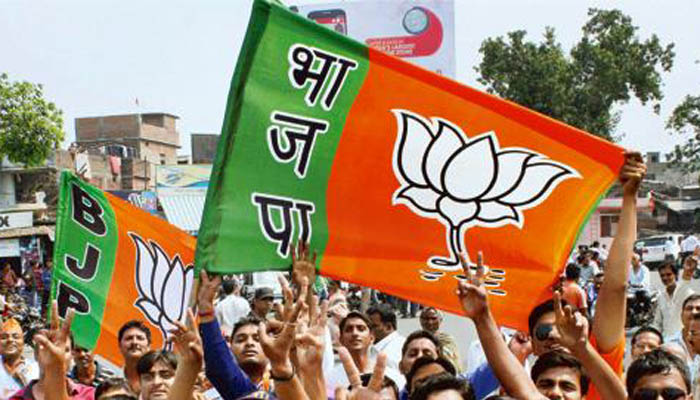 In 2003 at the Wanderers stadium in Johannesburg, it wasn’t the power batting of the Australians that snatched the World Cup from India. It was ghosts in the mind of the Indian team, which had lost the game long before they stepped on to the field.

Understandably, the word “Mahagathbandhan” has a chilling effect on the psyche of BJP workers, leaders and supporters. It’s a ghost, much like the ghost of 2004. And I am here to tell you that BJP can conquer this ghost. All it needs is rational thinking.

(1) First, the BJP needs to recognise that the SP+Congress+RLD alliance in UP is not even a Mahagathbandhan in the first place. It’s not even remotely in the same league as the RJD+JDU+Congress Mahagathbandhan in Bihar. The BSP still controls a big chunk of the opposition vote. The opposition in Uttar Pradesh is still divided, just not as much as the BJP perhaps was hoping it would be.

(2) Secondly, Akhilesh is offering the BJP a huge number of sitting ducks. We still don’t have official confirmation, but Akhilesh Yadav is going to offer the Congress some 80-100 seats. Some estimates say this number could be over 100. That is about 100 seats where the party that is contesting has zero cadre and zero ground presence.

The BJP has to relentlessly target these weak seats and a sweep here can guarantee a victory in the Assembly. This was the magic formula behind Jayalalitha’s victory. The strike rate of the DMK and AIADMK was exactly the same whenever they contested each other, but Jayalalitha’s party gobbled up all the seats allotted to Congress.

(3) With Mayawati vanishing from view, the time is ripe for BJP to approach Dalit voters for a 2014 like endorsement. No one likes to vote for a party that is a sure loser. The Dalits, especially the non-Jatav Dalits, have voted for BJP in 2014. With the BSP out of contention, these voters can be convinced to go for the BJP again. Here is a very profound statement I read on Twitter:

What people don’t realise is that BJP has today become first or second choice of nearly every Hindu caste group. Y, Jats, Dalits every group

Unless blocked by a caste leader in an Assembly election, every group of Hindus whether Jats, Dalits or Yadavs would go with the BJP. Should Lok Sabha polls happen tomorrow, the SP would lose large segments of its Yadav voters and the BSP would lose large segments of its Dalit voters to Modi. In an Assembly poll, where a leader of their own caste has a chance of becoming CM, these voters are held back by traditional loyalties.

Dalits won’t move to SP and Yadavs won’t move to BSP, but BJP is acceptable to both of them. If BJP can successfully remind Dalit voters that Mayawati stands no chance, the Dalit voters would migrate to their obvious second choice. In this effort, the emotional connect between Mayawati and her Dalit voters stands in the way. This is where it can come in really handy for the BJP to point out that Mayawati has given 97 tickets to Muslims and only 87 to Dalits. Perhaps Mayawati is not as emotionally attached to Dalits as Dalits are emotionally attached to her?

(4) Let us come to Akhilesh Yadav’s so called “image”. Here is just a gentle reminder: Brand Akhilesh was built over 6 months, while Nitish Kumar is credited by every Bihari for saving the state over a decade of hard work. Yet, Brand Nitish did not get the Mahagathbandhan even 1 vote over and above its Lok Sabha vote share. Worse, Nitish Kumar’s JDU won 10 seats less than Lalu Yadav’s RJD. The lesser said about Lalu Yadav’s “development image”, the better.

Is there a good reason to believe that 6 months of branding by Akhilesh can give better results than the 10 years of Brand Nitish in Bihar?

When it comes to effects of branding, let’s talk about where it all started. Let’s talk about Brand Modi in Gujarat. Actually, the BJP lost votes in every successive election in Gujarat: it’s voteshare dipped between 2002 and 2007 and again between 2007 and 2012. So what did Brand Modi achieve? It merely slowed down the erosion of votes due to anti-incumbency. Branding can help a ruling government hold on to a big vote gap from the previous election. Branding cannot save a ruling government that is hanging on by the skin of its teeth.

Akhilesh Yadav cannot win Uttar Pradesh by slowing down the erosion of SP votes, he needs to actively add at least 2-3% votes (more likely 5%) to win the election. Is his branding really that good? Is he really a bigger icon than what Nitish is to Bihar and what Modi was to Gujarat?

The two people the BJP needs to learn from are the (late) Jayalalitha and more ironically, Mamata Banerjee. Both of them saw Mahagathbandhans taking them on, but they were unfazed. They laughed off the desperate efforts of their opponents. They went around electioneering with the confidence of a victor. A simple confident and clear headed campaign won them the election.

That’s how you slay a ghost. You just use rational thinking to figure out that it doesn’t exist.