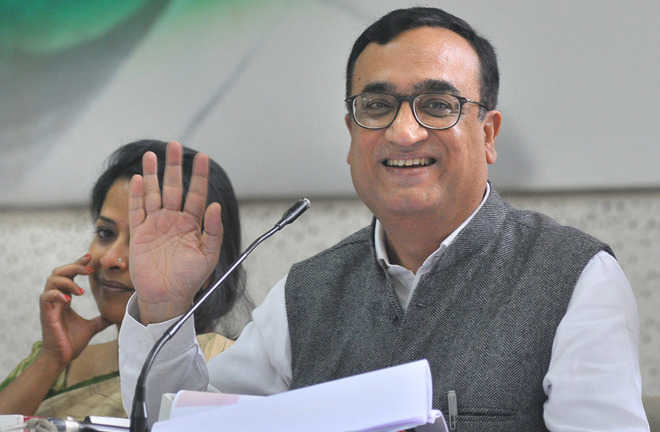 Sachdeva has alleged that the various acts by the trio has resulted in mental harassment, criminal intimidation and even a threat to her life.

He complaint states that the entire thing started when she, with around hundred supporters, protested in front of Rahul Gandhi’s house on 26th March this year, after being fed up of Ajay Maken allegedly demanding huge sums of money from his cohorts for the upcoming MCD elections. Rahul Gandhi heard her grievances and asked her to come the next day with proof, her complaint informs.

She claims to have handed over the proof to office personnel the next day, and further states that while she was waiting outside Rahul Gandhi’s residence, Maken arrived and asked for her mobile number which she gave. He then allegedly threatened her and even said ”I will see you after the elections”.

After the accused returned to the party headquarters in Delhi, she alleged that she was stopped by Shobha Oza and Netta D’Souza. She further alleged that they made her sit alone and then proceeded to abuse and threaten her. She alleged that the harassment didn’t end there and since that day she has been receiving phone calls from random numbers which made threats against her and her family’s life.

Now as a remedy, she has requested the Station house officer of the Tughlaq road police station to lodge an FIR against the accused under sections 503, 504 and 506 of the IPC which deal with criminal intimidation. As she feels there’s a threat to her life, she has also asked for police protection.

As per a report, there has bee no response from Ajay Maken regarding the allegations but Shobha Oza called it a conspiracy against the Congress ahead of the MCD polls.

You can read the whole complaint here[1][2]