OpIndiabringing the \'right\' side of India
More
HomeOpinionsWhy are intellectuals like Ram Guha so lopsided in their views?
Opinions
Updated: 6 April, 2017

Why are intellectuals like Ram Guha so lopsided in their views?

Yes, the Indian society can be quite racist. Yes, there are fragments of intolerance in the nooks and corners of the country. Yup, how ‘fair’ you are, can decide at many places whether you are going to be liked or not. Yes, among 1.25 billion people there are bigots, fundamentalists, opinionated and criminal-minded people.

There have even been instances of calls to “throw out” Nigerians due to various mistaken perceptions (drugs, crime, ‘unethical’ acts, etc.) that our biased minds eagerly lap up. And yes, just like almost all the places in the world, we have our very own xenophobic streak we don’t seem to be able to get rid of.

But how fair is it to tar the entire population with the same gloomy brush based on a few instances of unfortunate acts of racism often triggered by some local incident gone awry? How fair is it that the issues of racism, homophobia and religious intolerance are raised only selectively to send only a particular section of the population on a guilt trip? Again, yes, there are some cultural problems, but show me one society where such problems don’t exist.

It doesn’t mean these problems shouldn’t be pointed out or they should be brushed under the carpet and we should refuse to acknowledge them. No, these are serious problems in need of serious, prolonged solutions with multiple approaches.

Because of the way our conventional media highlights these news (I’m not saying these crimes should be ignored or the news should be suppressed) understandably there is lots of worry and anger among the African countries from where these students come to get better education, and this is a topic that the writer Ram Guha has covered in his recent article titled ‘The racist in the mirror‘, indicating that as a nation, as a community, we need to look ourselves in the mirror and question our values. He has quoted text from the joint statement issued by senior African diplomats, severely deploring what has recently happened.

The statement rightly says that such incidents have been happening frequently and the problem hasn’t been taken seriously by the law enforcement agencies. The African diplomats, Ram Guha quotes, “unanimously agreed that those accumulated attacks against Africans are xenophobic and racial in nature.”

According to a statement made by India’s External Affairs Minister Sushma Swaraj in the Parliament, any formal investigation still has to establish that the attacks are actually “xenophobic” and “racial”. But if these attacks are proven to be xenophobic and racial, special punishment should be given to the culprits to send a very strong message not just to the prospective criminals, but also to the countries from where students and professionals come to India.

Oddly, Sushma Swaraj has said that only premeditated crimes can be termed as racial, a statement that seems to have no logic, because even sudden, spontaneous attacks can be racial due to cultural conditioning.

Even last year some African students were attacked in or near Vasant Vihar. And who can forget that midnight raid by Somnath Bharti of AAP during which he made African women nationals pee on the road to check if they were taking drugs?

Here, I’m using the name of Ram Guha as a generalisation of a particular group of authors and intellectuals who find their muse only for certain topics and social, political and religious events, and when something happens that doesn’t carry forward their leftist agenda, they turn a blind eye and don’t find the topic worthy of their eminent attention.

Did anyone belonging to this leftist group of intellectuals and writers write an article or even a blog post shaming entire India while lamenting the attack on those poor African women who were made to publicly pee in the open and humiliated? Why is this “ashamed as a society” guilt reserved only for instances where a particular political point can be scored?

The true benefit of writing and publishing such articles accrues only if the BJP and the rising Hindu consciousness somehow can be blamed for the violence. No article was written on the racial attacks in Delhi because there is no BJP government in Delhi and the public of Delhi had done a holy deed of voting for the AAP.

The instances of intolerance and racism become a serious issue only when somehow the BJP and its associated organizations can be dragged in and blamed for them. Otherwise, it’s not worth the exercise.

The landslide victory in Uttar Pradesh and the sudden elevation of Yogi Adityanath as the Chief Minister of the State gives perfect opportunity for raking up issues such as xenophobia, religious intolerance and racism. To make the matter totally clear, Ram Guha writes:

“This societal racism has been intensified by a politically induced xenophobia, which stokes a suspicion, and even hatred, of those whose culture, faith, ways of life, and (not least) skin colour is different from ours. There is a familial resemblance between the demonisation of Muslims and Christians across the country, the harassment of students from the Northeast in Bengaluru and Pune, and the attacks on Africans in Greater Noida.”

If you have been sensitised towards this legerdemain, you will be easily able to understand that the entire article has been written to write this particular portion.

Despite the fact that there is no major religious strife in any of the states where the BJP has formed governments, despite the fact that there is no data to prove any law and order deterioration when the BJP forms governments (and I’m not canvassing for the BJP, I’m just stating the facts), and despite the fact that the BJP mostly implements the laws set up by non-BJP governments (and then they become controversial), people worry about the rising incidence of intolerance only when the BJP is in the picture and only when Hindus can be squarely blamed for what’s happening. Otherwise, let the hell break lose in other parts of the country (say the killing fields of Kerala) and nobody cares.

It’s a very clever play on words. In the article, Ram Guha covers the all of India. He talks about our inherent bias towards colour and skin. He also mentions incidences of intolerance and racism in other non-BJP states. He also brings in Nelson Mandela and Mahatma Gandhi to make sure he is not writing a one-sided article. And then BANG! All the minorities are feeling insecure. There is a general air of intolerance. Why? The answer is obvious.

People like Ram Guha will never write articles and give speeches on religious persecution of Hindus in West Bengal, Kerala, Uttar Pradesh (under Samajwadi party) and even as blatant a case as the exodus of Kashmiri pandits. No. You can search for yourself. There’s not a single article by Ram Guha on the plight of Kashmiri pandits.

What about Hindus not being allowed to celebrate their festivals because it offends Muslim sensibilities or those Hindus who happen to be living in Muslim-dominated areas? No, not a single article. What about Hindus in West Bengal having to take permission from the High Court to celebrate Ram Navmi? What about a school teacher being beaten up for singing Vande Mataram? Your guess is as good as mine. And this is just a minuscule representation of all the outrageous things happening in the country and not being taken up by Ram Guha and his buddies.

Due to decades of following just a single agenda, some of these intellectuals are not able to understand that they have totally destroyed their credibility by expressing their outrage selectively. After all you can milk a tactic only to a certain level. The problem is that they don’t even pretend to be unbiased and try to intellectualise their bias with theories like ‘majority communalism is more dangerous than minority communalism’.

The rapid growth of the BJP shows that what these intellectuals want, exactly the opposite is happening. While they try to polarise the country against the BJP, the country is getting polarised in favour of the BJP. Their micromanagement is being beaten by Narendra Modi’s macro-management. While sweeping all the indiscretions of the various minority groups and political entities that benefit from a divided and backward India under the carpet, they blow out of proportion even the small mishaps that have the possibility of having the BJP’s back against a wall. They go on globetrotting missions talking about how minorities are being targeted and the backwards are discriminated against while totally defenestrating objectivity and sense of fairness.

They still think that, or don’t want to accept that the public is well informed these days and even if not well informed, it has access to numerous opinions on the same topic and then consequently, have the ability to formulate their own opinions. They still think that they are the big uncles and aunties of conscience and morality in India, ever ready to preach the unwashed and unreformed masses. 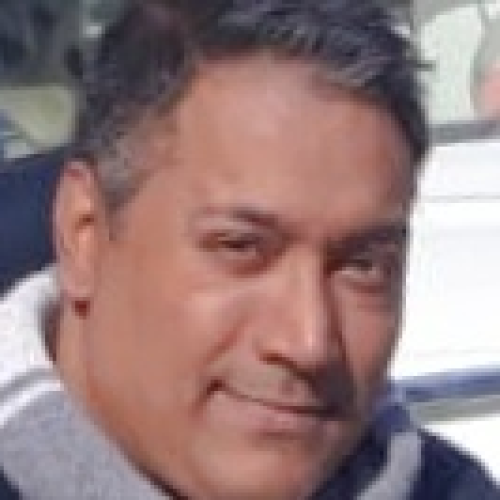