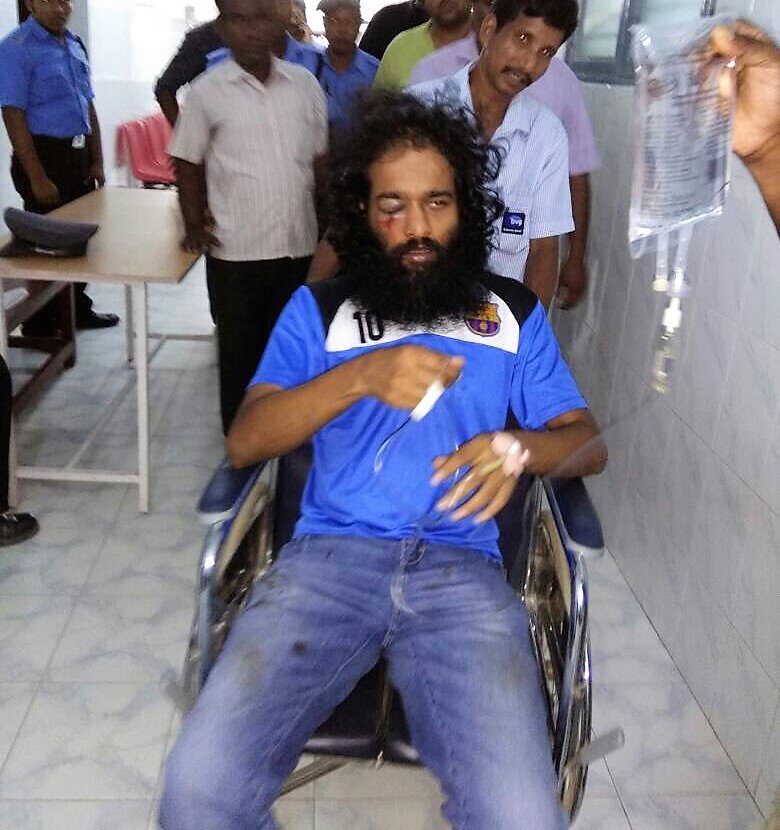 Ever since the Central Government issued a notification that restricted the sale of cattle for slaughter purposes in cattle markets, various groups seem to be hell bent to carry out various attention grabbing antics even though the notification does not ban either beef or cow slaughter in states where it is allowed.

On lines of Youth Congress workers slaughtering a cow in full public view, some students of IIT Madras too wanted to do their bit and reportedly organised a beef eating ‘festival’ at the campus on Sunday night. Following it, reports in the media emerged that a PhD student by the name of R. Sooraj, who had taken part in that beef fest, was attacked on Tuesday by certain students with allegiances to Right Wing groups.

The reports claimed that R Sooraj, who was part of a Ambedkar Periyar Study Circle, was ironically having lunch at a vegetarian mess with a friend when a student named Manish asked him if he had eaten beef at the festival. He was then suddenly surrounded by 7-8 students and before he could react, was hit behind the head by Manish. Picture of him with a swollen eye was splattered across media platforms.

However, that appears just one side of a story which the media chose to highlight. According to SG Suryah, the Vice President of the BJP’s Tamil Nadu youth wing, Sooraj himself is an aggressor who has injured Manish in a much worse way. Suryah pointed out that the Ambedkar Peryar Study Circle, of which Sooraj was a member, had a history of indulging in violence at the campus. Suryah also denied the reports that it was Manish had any links to Right Wing organisations.

Suryah then put forth the version of events which he claims were largely ignored by the media. He claims that Manish saw Sooraj at the Jain mess and asked him what he was doing there after organizing a beef party. This evolved into a verbal spat in which Sooraj made some provocative statements. This resulted in a fight between the two and unlike what the media reported, Manish suffered a fracture on his hand while Sooraj suffered injuries below his eyes.

According to the BJP leader, Sooraj had made provocative statements like he would feed Manish beef and even cut Manish to pieces and eat him. The BJP leader also posted the picture of an injured Manish who had to go through an operation:

Hue & cry for thug Suraj. But here is Manish who was brutally attacked & is being operated with steel rod in his hand.Will media flash this? pic.twitter.com/yBUim2ecfz

This version of events as narrated by the BJP leader were reiterated in this report which carried a quote from an IIT Madras spokesperson. The spokesperson also claimed that it was an altercation between two students and both suffered injuries.

After this version started coming out, people expressed their anger over a large section of the media not reporting the whole story:

The actual truth of IIT-Madras. It wasn’t an attack by RW students. Media presenting only one side story. pic.twitter.com/lnokU1K6et

So, it was a scuffle between two college students and not a targeted attack! Not the first time, this victim template has been used. https://t.co/ZP5THwhMKT

This is the present condition of Manish from IITM who was attacked by Sooraj and his leftist goons yesterday. But no MSM reports it. pic.twitter.com/4uIIh5tmW5

One commented on the possible root of the problem:

This was started as part of the game-plan under #UPA to start subverting IITs next. SS department started at IIT M, staffed by ultra-left. https://t.co/gkPrEobrRs

The incident also reminded people of the fracas at Ramjas college in Delhi University earlier this year, where media had not reported about violence by leftists goons on the campus. In fact, the goons were paraded as victims on many occasions.