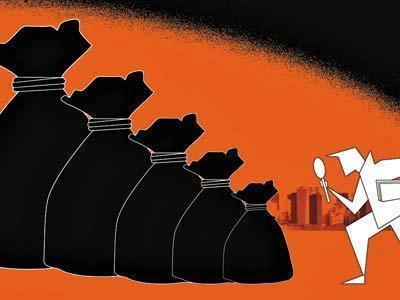 In a significant development, Switzerland on Friday ratified automatic exchange of financial account information with India. This will facilitate immediate sharing of details about suspected black money. However, the country sought to adherence to “strict confidentiality” and “data security”.

According to reports, adopting the Automatic Exchange of Information (AEOI) – a global convention on tax matters – the Swiss Federal Council said the implementation is planned for 2018 and the first set of data would be exchanged in 2019. The Swiss Federal Council will soon notify the Government of India about the exact date from which the automatic exchange would begin.

The development came following hectic parleys between India and Switzerland for introduction of the AEOI on tax matters under the guidance of G20, OECD (Organisation for Economic Co-operation and Development) and other global organisations.

The decision is not subject to any referendum, which means that there should be no further procedural delay in its implementation, according to a draft notification approved by the Swiss Federal Council.

The Swiss Federal council said the proposal to introduce AEOI with India and 40 other jurisdictions “met with widespread approval from the interested parties who voiced their opinions in the consultations”.

“In concrete terms, the AEOI will be activated with each individual state or territory by means of a specific federal decree within the framework of this dispatch,” it said.

The exchange of information will be carried out based on the Multilateral Competent Authority Agreement (MCAA) on the Automatic Exchange of Financial Account Information.

Once automatic exchange of financial account information with Switzerland ratified, India will get access to the black money stashed in tax heavens and do the needful to bring them back and act against the black money hoarders.

The size of India’s black money economy is estimated at 23 and 26 per cent. In the run up to the 2014 elections, the BJP had promised to bring back black money stashed abroad into India. From forming an SIT to demonetisation, the government has taken various steps to curb black money, and this development is expected to further help in this mission.