More
Home News Reports In the presidential election, many MLAs rebelled and voted for Kovind, find out how...
News Reports
Updated: 22 May, 2018

In the presidential election, many MLAs rebelled and voted for Kovind, find out how many 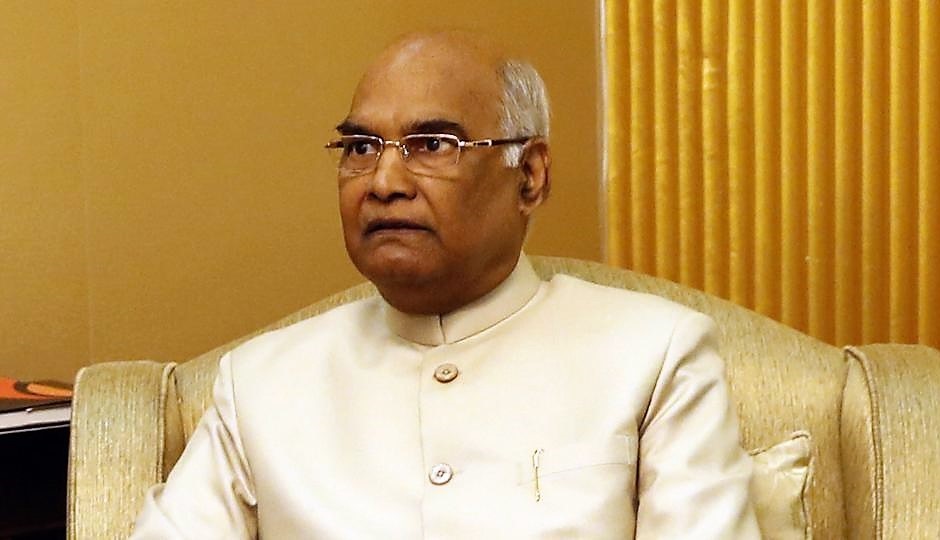 Earlier today, Ram Nath Kovind was elected the 14th President of India after winning 65.65% of the total value of votes, thus registering a pretty comfortable victory.

Though a victory for Mr. Kovind was considered guaranteed after many non-NDA parties, including Nitish Kumar’s JD-U extended their support to his candidature, some MLAs belonging to the parties that had officially declared support to opposition’s candidate Meira Kumar, decided to further shore things up for Kovind by voting for him. And there were also instances of a few rebelling against Kovind.

This supposed rebellion is possible in the Presidential elections as here the anti-defection law doesn’t apply. According to this law, it is mandated that lawmakers vote according to the wishes of their respective political parties (known as party whip) otherwise they lose their house membership. Since presidential elections involve secret voting, anti-defection laws don’t apply, and this makes it possible for MPs or MLAs to vote against party line.

So here is a data from some of the states where cross voting took place, based on the total tally of votes:

Disclaimer: We would like to point out that the analysis presented below is based on educated guesses as party wise voting trends are never revealed, for presidential election follows secret ballot system. Also, votes of independent, small parties and invalids have been attributed to the BJP in some cases, to put out the least number of possible defections. So the actual defections can be even more.

In Assam, the AGP, BPF had sided with the NDA and AIUDF had decided to back Meira Kumar. So looking at the numbers Meira Kumar should have got support of 39 members but got 35, hinting at cross voting by 4 members.

Bihar interestingly saw cross voting in Meira Kumar’s favour. In the run up to the election, Nitish Kumar had announced his support for Kovind. So taking JD-U out of the equation, there were 107 MLAs left with the opposition. But Meira kumar received support of 109 MLAs.

Here Meira Kumar received support of 35 MLAs. Going by the data, the opposition had a total of 40 seats, so there was cross voting by 5 MLAs in favour of Ram Nath Kovind.

This was one of the disappointing aspects of the election as many were expecting a lot of drama in the state. According to analysts,  just 2 AAP MLAs voted for Kovind. While one of those have to be the rebel AAP MLA Kapil Mishra, it remains to be seen who the other MLA was. It in the end turned out to be a relief for AAP as many people had previously claimed that about 10-12 MLAs could vote for Kovind.

But Delhi saw another drama when votoes of 6 MLAs were deemed ineligible due to wrong procedure of voting. This number was very high considering the size of the assembly.

The coastal state of Goa too witnessed cross voting. Kovind had 25 MLAs voting for him in the state, while Meira got 11, while 2 were invalid. So after doing all the calculations it turns out that 6 Congress MLAs cross-voted.

This was one of the first state where cross voting was reported. According to reports at least 8 Congress MLAs here voted for Ram Nath Kovind.

The total opposition strength in this state is 62. Meira Kumar received support of 57, so cross voting of 5 MLAs.

Meira Kumar received support of 77 MLAs, but opposition has 83 MLAs, so about 6 people might have swung to the other side. This might come as a relief to the BJP as there was no rebellion of sorts by Shiv Sena, which is its complicated ally.

Punjab joined Bihar in this trend, and it saw a token swing of 2 cross voted seats in Meira Kumar’s favour.

Tripura saw Kovind getting support of 7 MLAs. We had reported that he may get 8 votes based on the fact that 6 TMC MLAs and 2 Congress MLAs had rebelled.

Here Meira Kumar polled votes of 65 MLAs. Her backers had about 74 seats in the assembly, so there was a cross voting of about 9 MLAs in favour of Ram Nath Kovind.

In West Bengal, Kovind received support of 11 MLAs. Now the state has 3 BJP MLAs. Assuming Gorkha Janmukti Morcha voted for Kovind, there was a cross voting of 5 MLAs.

Of the other major states we checked, Haryana, Odisha, Tamil Nadu, Kerala, Jammu and Kashmir didn’t show any marked change.