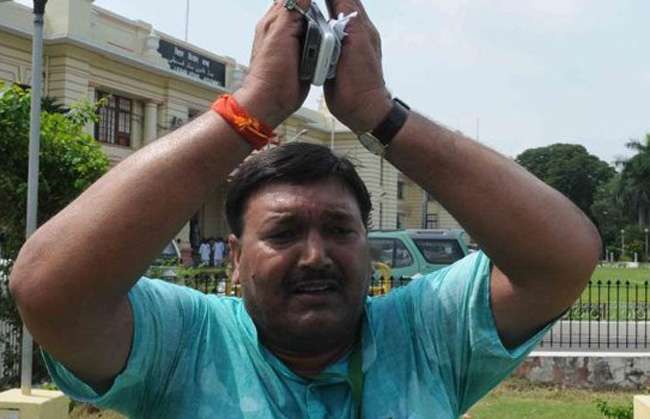 Khurshid Alam, the Minority Affairs minister in the Bihar government had on Friday chanted ‘Jai Shri Ram’ in the Bihar Assembly premises while talking to the media. He had also shown the media persons the sacred thread he wore on his wrist.

Kuhrshid then stated that he prays to both Ram and Rahim. He also claimed that the foundations of Islam were laid in brotherhood and that there was no room for hate in the religion.

This led to the Minister apologising for his statements and proclaimed beliefs. This came as a kind of u-turn as earlier the Minister had stated that he was not afraid of any such fatwa.

The Mufti also later clarified about the technicality of his fatwa by stating that the main problem was the Minister stating that he prays to both Ram and Rahim; a good Muslim must pray only to Allah and reject all other gods.

Now according to latest reports, some Islamic clerics feel that the apology of the Minister is still incomplete. Mohammed Salim Noori, the mufti of Darul-ul-Deoband, Saharanpur feels that such half-hearted apologies are not enough. While Sajid Rashidi, the chief of All India Imam federation, has reportedly stated that after being ostracised from Islam, one’s marriage also gets annulled. Hence the Minister has to again utter his wedding vows as soon as he reenters Islam. Apart from that the Minister has to again read the Kalma (religious verses).

Only yesterday we saw how an Islamic organisation had declared APJ Abdul Kalam a non-Muslim as he like Hindu gods and respected various gurus. However, there have been muted response to both the events from the secular-liberal ‘intelligentsia’, which likes to talk about ‘composite culture’.