After Vipassana, Kejriwal returns to Delhi but leaves again for Chennai to meet Kamal Haasan 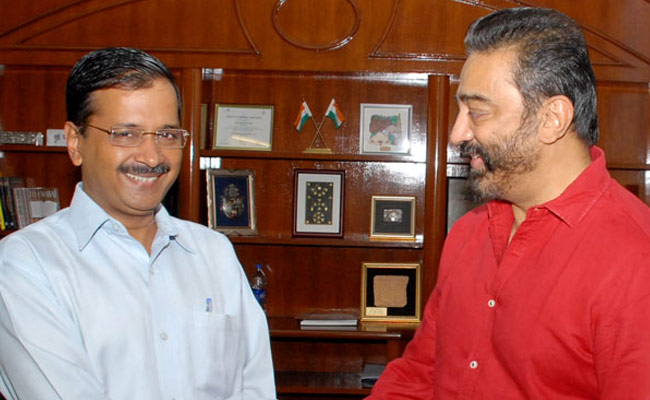 Chief Minister of Delhi and Aam Aadmi Party supremo Arvind Kejriwal has concluded his 10 day long Vipassana session and claimed that some day he wishes he and his wife could fully immerse themselves in medidation.

Jst finished Vipassna meditation course. Its bliss. Hope someday, me n my wife will fully immerse ourselves in meditation

However, instead of getting back to work on returning to Delhi, he has chosen to go to Chennai to meet superstar Kamal Haasan today. Speculations are rife that Kamal Haasan might join an alliance with the Aam Aadmi Party.

Soon, Twitter was abuzz with jokes of the two meeting.

One is certain @ikamalhaasan will congratulate @ArvindKejriwal on the unparalleled acting skills of the latter! https://t.co/7XpNgda7xp

Match made in heaven https://t.co/WgN88DKZPA

AAP rebel leader Kapil Mishra, too, took digs at him.

Two years back, Delhi CM Kejriwal had met Kamal Haasan to discuss ideas related to promotion of the film industry and easing the process of shooting in the capital.