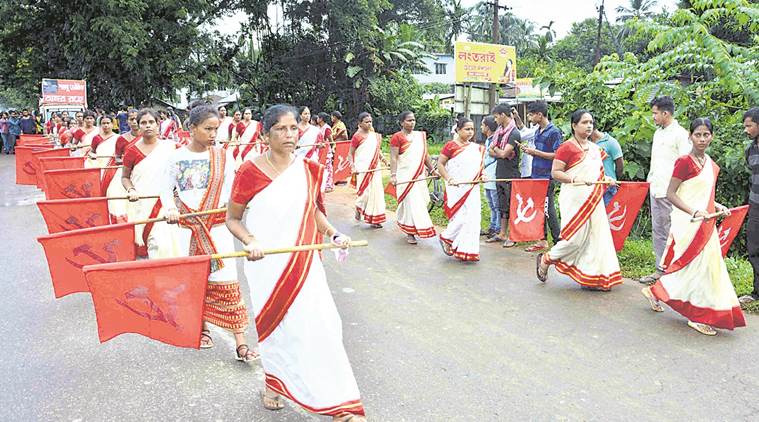 The brutal murder of Journalist Shantanu Bhowmik on Wednesday in Tripura during a clash between Indigenous People’s Front of Tripura (IPFT) and the Tribal wing of the CPM, had left many shocked. It prompted a strong reaction from the journalist fraternity in Tripura, who on that day created roadblocks to demand action against the murderers. Later they were also scheduled to hold a silent funeral procession in memory of Shantanu, which most likely was scheduled to take place on Friday.

There were early indications of political interference by the left in the whole matter after local outfits had reported that Tripura’s PWD minister had made a clear political statement by giving a “Red Salute” to the body of the slain journalist.

Now this aspect of “political hijacking” has been strengthened by reports which claim that journalists in Agartala took out a second silent protest on Saturday after many of them complained that the original protest on Friday had more CPM workers than journalists.

The CPM as a response to the criticism, labelled the criticism and protests as agenda of BJP supported newspaper-owners.

Whatever the CPM might say, this isn’t the only time their party or the left as a whole has hijacked such protests. During the aftermath of the Gauri Lankesh murder it was reported  how the presence of politicians during a protest at the press club of India had left many journalists disappointed. The politicians mainly included leftists like Sitaram Yechury, Mohammed Salim, Atul Anjan and leftist student leaders like Kanhaiya Kumar and Shehla Rashid.

In February the ABVP had also alleged that the leftists had attempted to hijack a protest march inside the campus.

Such a behaviour of the leftists might be prompted by the fact that their party is rapidly losing relevance in the larger political spectrum and by trying to hog the spotlight during such protest meets, the communists might be attempting to pivot themselves into public eye.