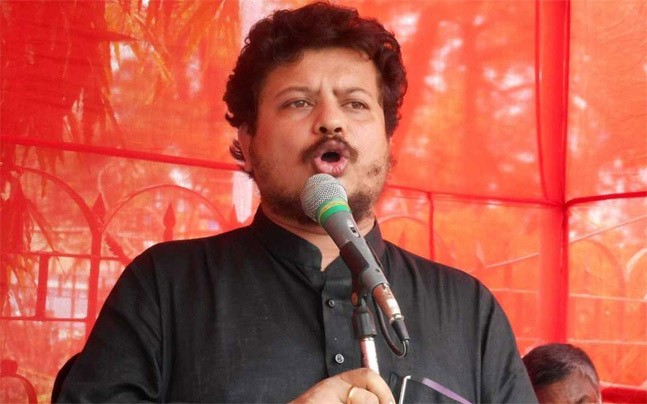 Expelled CPI-M Rajya Sabha member Ritabrata Banerjee was served a notice following a complaint by a woman that he established physical relationship with her by promising marriage. In a series of tweets, the woman had reached out to West Bengal Chief Minister Mamata Banerjee, Swati Maliwal, Delhi Commission for Women Chairperson and various so-called journalists like Swati Chaturvedi, Rana Ayyub and Sagarika Ghose amongst others accusing Ritabrata of rape and sexual exploitation by promising marriage. 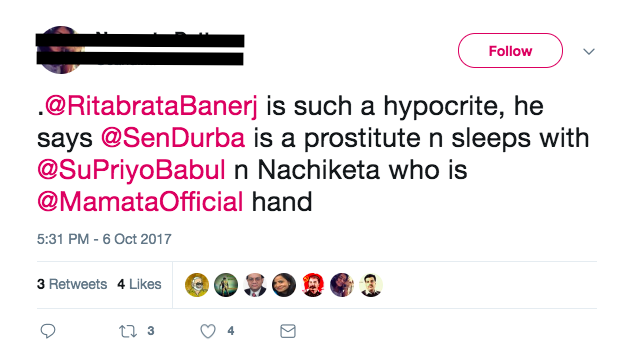 She had earlier also posted pictures of male genitals allegedly of Banerjee, which she has now deleted.

As per reports, the West Bengal Police on Wednesday referred to their Delhi counterpart a case registered against expelled CPM leader Ritabrata Banerjee on a woman’s complaint that he had established physical relationship with her by promising marriage. Earlier in the day, the West Bengal police served a notice on Banerjee following the woman’s complaint. The notice asked Ritabrata Banerjee to turn up before CID officers on Friday.

Reports say the complainant has undergone medical test on Wednesday, following which the summons were issued to Banerjee.

Earlier, Banerjee had filed a complaint against the woman for blackmailing him and alleging she is asking him to pay her. “Please take necessary action and rescue me from her evil clutches,” Banerjee is reported to have said in the complaint.

While the police has decided to summon both the complainants and cross examine them, the woman has now threatened to commit suicide.

In September, Banerjee was suspended from CPI-M following the allegations that his lifestyle was too lavish for a Communist party worker. Other than the Apple watch, Mont Blanc pen, FabIndia kurtas and being a frequent flier, he was also accused of having various romantic liasions within the party circle. His bank statement with showed ‘disparity between income and expenditure’ had also come under scanner of the party.