When India got independence in 1947, Lord Mountbatten, the last viceroy of India, was appointed to supervise the freedom process & smooth transition of power. British offered all the 565 princely states the choice of becoming part of either India or Pakistan. Most of the 565 princely states found it reasonable to become part of either India or Pakistan based on their geographical location and went about signing Instrument of Accession. Some of them saw this as an opportunity of regaining their bygone glory. Nizam of Hyderabad was adamant on remaining as an independent state ruled by own Government.

While other princely states were small in size and not self-sufficient, hence it made sense for them to become part of India (or Pakistan), Hyderabad was already very prosperous and was recognized as the richest state. The state was actually self-reliant, had its own currency (Hyderabadi Rupee), its own army, railway network, radio network, postal system etc. The Nizam Osman Ali Khan was the richest man in the world, regularly being featured in international magazines like TIME.

Hyderabad of that time consisted of parts of today’s Andhra Pradesh, Telangana, Karnataka, Maharashtra, Madhya Pradesh and Chattisgarh. But it was completely land locked (It was surrounded by Indian land from all sides).

Tasked with the integration of Indian states and kingdoms, Patel made his stand clear that Hyderabad has to merge in India. But Nizam refused to sign treaty of accession. After much intervention by Lord Mountbatten a standstill agreement was signed between India and Hyderabad according to which status quo will maintain for 1 year. According to the agreement, Hyderabad will keep functioning as it was earlier. India cannot interfere in its matters unless there is a state of internal emergency. But Patel was relentless in his pursuit of making Hyderabad part of India and he kept pushing from his side. Patel very clearly told Laik Ali (Nizam’s representative in Delhi) that Hyderabad has to be part of India like all other kingdoms. He sternly said that India will never agree for an independent Hyderabad. When Laik tried to disagree, Patel plainly told him there is no point in discussing this any further. Patel had realized that polite requests would not bear fruit in this case.

Nizam of Hyderabad realized that India can try similar tactic with Hyderabad. But Nizam was assured by his advisors that Indian forces were occupied in Kashmir and cannot come down to Hyderabad for any military action. So he kept playing the hard ball. During a meeting with Patel, Nizam’s representative Kasim Razvi in his arrogance threatened that he will wipe 1.2 Cr Hindus in Hyderabad if Government of India tried to interfere with Hyderabad’s functioning. The threat was dangerously real since Razvi commanded an army of 2 lakh Razakar’s (who were guerrilla militants) could run havoc in Hyderabad on his one signal.

There seemed to be no way out of this deadlock other than using force. Patel was not willing to let an 82,000 Sq. Km. area right in the middle of India remain a separate state. Allowing this would make it a permanent internal security threat for India. He termed it an ulcer in India’s belly. But Nehru and many other political leaders were not in favor of using force to include Hyderabad. Nehru even wanted to take this to UN to avoid direct confrontation. Patel wanted to avoid taking any direct military action because this could force Hyderabad to go with Pakistan or take the matter to UN. He was firm with his opinion that Hyderabad has to merge with India eventually.

By September 1948, reports of atrocities on civilians started coming from Hyderabad. It was also found that Hyderabad gave a loan of Rs 20 crore to Pakistan (which was against the “Standstill Agreement”). Since Pakistan was already fueling unrest in Kashmir, it was clear that money sent by Nizam will be used for funding the war against India in Kashmir.

India didn’t need any another reason to act. Patel, who was not well at that time immediately wrote to Nehru requesting him to send the army to Hyderabad. A quick and fast action was required so that Nizam doesn’t get time to involve UN or Pakistan. And India did exactly that. In the early hours of 13th September 1948, under the code-named “Operation Polo”, Indian troops started marching into Hyderabad. It was a two-pronged advance, with the main force along the Sholapur-Hyderabad road, and a smaller diversion along the Bezwada-Hyderabad road. Hyderabad did not anticipate this and was clearly not prepared for a war with India.

With “state of the art” military equipment (of the 1940s), the Indian Army was generations ahead of Hyderabad Army and the Razakars. Within 100 hours, “it was all over”.  On 17th September 1948, the Nizam went on air & announced ceasefire. On 18th September 1948, the formal surrender ceremony was held at 4 pm in which the Hyderabad Army, led by Major General El-Edroos, surrendered to General Chaudhari leading the Indian Army. This was followed by a high level meeting between Sardar Patel & Nizam Osman Ali Khan, in which the Nizam assured that in spite of all that happened in the past, he shall now be loyal to the Indian Union and work in the closest collaboration with the Government of India for the benefit of his people.

And that’s how within span of 4 days, Sardar Patel forced Hyderabad to becomes part of India while completely avoiding the issue being dragged in UN. Had he not acted with urgency, Hyderabad could have gone Kashmir’s way. 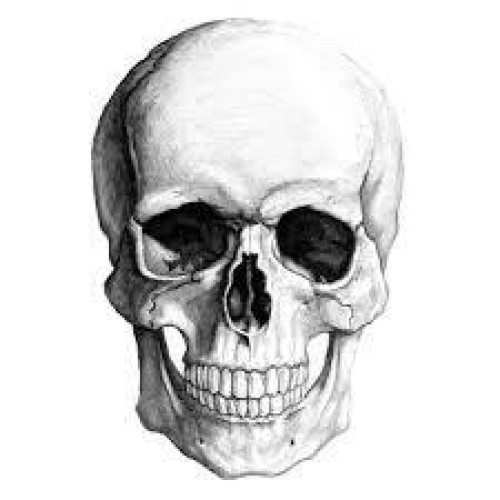 Bizarre: Kamal Haasan’s party announces merger with Congress on its website, deletes the announcement after some time

The India Today’s Mood of the Nation survey indicated that 53 per cent of the over 1.40 lakh respondents believed that Muslim men indulge in love jihad.

Bizarre: Kamal Haasan’s party announces merger with Congress on its website, deletes the announcement after some time

‘Why should not religious places be left to religious people?’: Supreme Court dismisses Andhra govt’s plea to take over Ahobilam Temple administration

Sindhi Hindus to adhere only to Sanatani practises and return all copies of the Guru Granth Sahib back to Sikhs: Top Udasi Seer