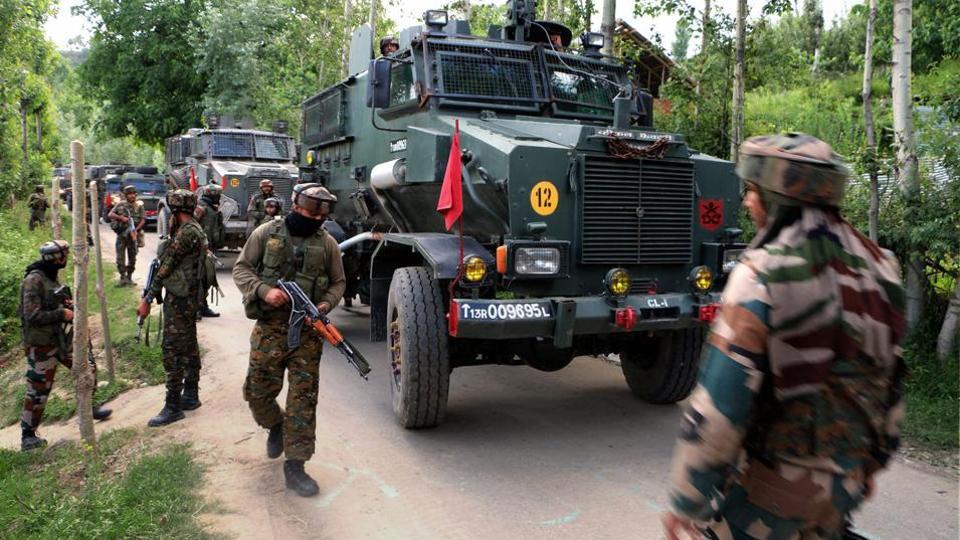 On Sunday a local Kashmiri named Majid received a shock, after he found that various media houses on Sunday were carrying his photograph to depict one of the 6 Lashkar-e-Taiba terrorists killed by security forces.

This encounter had taken place in Bandipora on Saturday and had resulted in the deaths of 6 terrorists including a nephew of Zakiur Rehman Lakhvi who is one of the masterminds of 2008 Mumbai terror attacks.

Such a successful encounter has meant that security personnel have neutralised about 190 terrorists this year and have been successful in turning 60 boys away from following the path of terror. This claim was made by the General Officer Commanding (GOC) of 15 Corps Lt Gen J S Sandhu, during a press conference on Sunday. But rather than uneventfully celebrating the victory of the security forces, a few media houses managed to plunge into a controversy by using a wrong photograph to depict the nephew of Zakiur Rehman Lakhvi.

As per the local named, the media houses downloaded his picture from his Facebook account and circulated it as the nephew of Zakiur Rehman Lakhvi. Majid sells barbecues and is associated with a religious group which preaches Islam, hails from Khatika Talab in Jammu. He as a result called it a negligence of the media, the state administration and demanded that his name be cleared at the earliest. He also claimed that he filed a police compliant in this regard.

The Jammu & Kashmir police has as a result booked two newspapers named Dainik Jagran and Amar Ujala with regards to this photo publication. As per the FIR, a case has been filed against the newspapers under the sections 505 and 153 of state’s Ranbir Penal Code. As per this report, what makes these newspapers’ mistake more glaring is the fact that it was made despite the security forces having fully established the identity of the 6 slain terrorists.

Even the Smriti Irani led Information and Broadcasting ministry has recently been seen taking action against such erring media houses.

We had recently reported how the I&B Ministry issued a show cause notice to Radio Mirchi for its anti-India campaign in the aftermath of the attack on Swiss tourists in Agra. Even ‘The Hindu’ was issued a show cause notice by the press council for its fake Elphinstone molestation story, seemingly as a result of the I&B ministry having expressed their displeasure at the whole turn of events. Irani herself has slammed PTI not once but twice for spreading fake news and posting a derogatory tweet respectively.