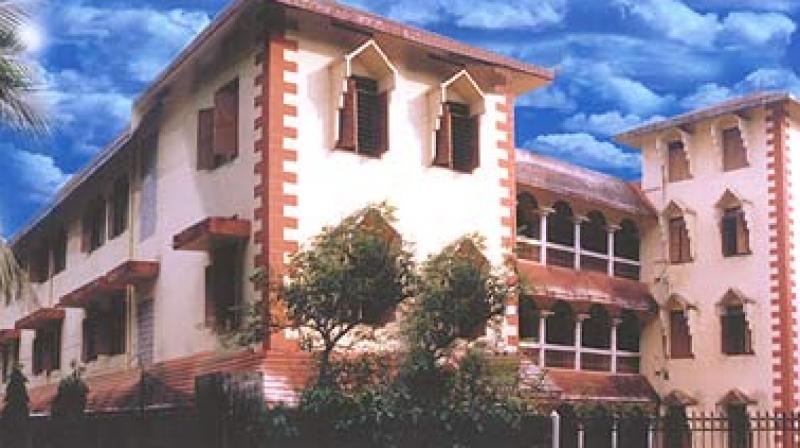 The St Thomas Central School in Thiruvananthapuram, Kerala has managed to embroil itself in the media glare, after it had been reported that a boy and a girl studying there were suspended by the school authorities for hugging each other.

This St. Thomas Central School seems to be part of a Marthoma Church Educational Society, which in one of its objective states that it wishes to, uphold an integrated view of life based on Christian values and to promote the all-round development of students.

The boy and the girl reportedly hugged on 21st August during an arts festival which was held at the school. As per the boy, it was a congratulatory hug after girl sang impressively at the festival. They subsequently apologised to the vice-principal for this act.

The issue seems to have escalated a few days later when the boy posted their photographs on Instagram, which the school administration seems to have noticed. The school as part of some disciplinary action, thus decided to suspend the students.

The boy decided to fight this decision and as a result petitioned the state’s child rights commission, which ruled in his favour. The school though decided not to give up and petitioned the Kerala High Court regarding this matter.

The High Court ruled in the school’s favour by upholding the suspension. In his order, the judge observed that, some photographs of the duo shared on social networking sites portrayed them in a ‘compromising position’ and if it had the effect of publicity, the issue hampers the school’s reputation. The ruling also observed that the action taken by the school management wasn’t illegal since it was taken to maintain the ‘school’s reputation’.

Now the boy too is in no mood to back down and as per latest reports, will move an appeal in the High Court’s division bench.

Reacting to this affair, the principal of this school named Sebastian T Joseph, has commented that all have to accept the verdict of the High Court. As per a tweet by ANI, the principal has claimed that the hug lasted for 5 minutes which was also witnessed by various teachers. The boy on the other hand has claimed that it was a mere 3-5 seconds friendly hug which was given a spin by the teachers.

He has also alleged that the school secretary used sexual slurs in front of his parents to describe this situation, and also tried to force the girl to give a false statement against him. The boy also pleaded that he be allowed to appear for his class XII exams, so that he doesn’t have to lose a year.

But the school’s principal has asked the boy to get a certificate from CBSE for his lack of attendance (which was caused due to the suspension imposed by the school), if he wants to appear for the examination.