Blood of ABVP activist murdered in Kerala was his final dissent 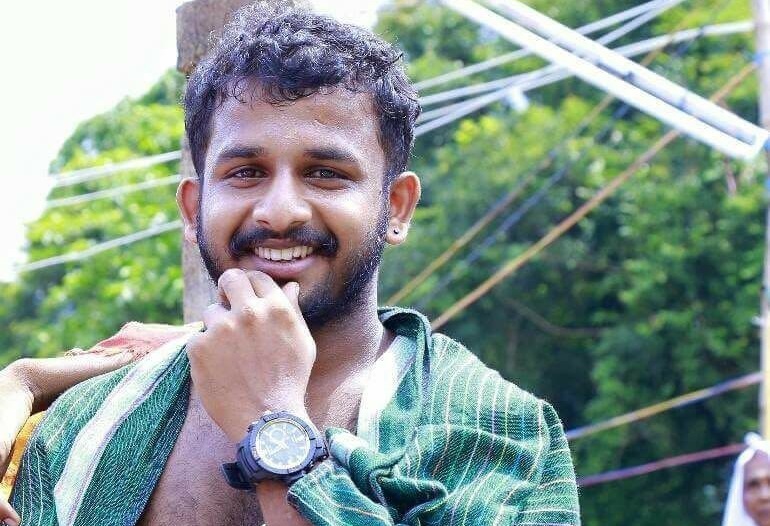 An ABVP activist was hacked to death in Kerala yesterday. You know, that thing which like other boring, mundane and routine stuff, was NOT trending on Twitter. This is his overturned motorcycle lying on the side of the road where he has attacked.

These people think they can shake the conscience of this nation by taking the dead man’s name, by seeking to humanize him.

Cute. You folks must have been born yesterday. I wasn’t.

In the circles of New Delhi, “dissent” is a big business. There’s always a thinkfest or a “Yuva Hunkar Rally” to go to, from where they will put you on every TV screen in the country screaming about how your voice is being suppressed.

Do you realize what we are rounding off here? Dead bodies of people, bodies of people who were once living, breathing human beings just like you and me before the brutal Communist rule snuffed them out forever.

The true dissenter is the young man in Kerala who joins ABVP with the fire of idealism in his belly. Perhaps he knows at some level that he is signing his own death warrant. That one day it will probably be his turn to face the blade of the Communists and Islamists who rule Kerala. It might come any moment, while he is with his parents at home or driving his motorcycle on the road. The cold hard blade will come, slicing through his body, spilling his organs out.

See that hammer and sickle? The Communists are not afraid to use them.

He could even be a schoolteacher, standing in the classroom, teaching little kids. For those who were born yesterday, you might not have heard the story of K P Jayakrishnan Master.

The RSS worker in Kerala doesn’t get to make a living out of complaining about abusive tweets he gets on social media. He doesn’t  get to speak, or be heard. Then some day the blade comes and he is no more. Some outraged right wing Twitter handles put out a few angry tweets and get a couple hundred retweets. His blood on the ground is his final dissent. Meanwhile, the tinkling of wineglasses at Lutyens’ dissent parties continues unabated. Is it red wine, by the way?

So why does he join RSS in the first place? Is it because he wants death? No! I will tell you why.

This is the Kremlin flag, up for display at Checkpoint Charlie, the infamous border crossing on the now dismantled Berlin wall. The Communist soldiers posted at the border were under orders to shoot at sight any dissenters trying to escape. Hundreds died trying.

No, the boy in Kerala rebels against the Communists because he wants freedom. He will risk dying to avoid living a life worse than death.

No matter how many years it takes, the red flag over Kerala will come down someday. Make no mistake about it. The tattered flag will be on public display just like this so that we never forget.