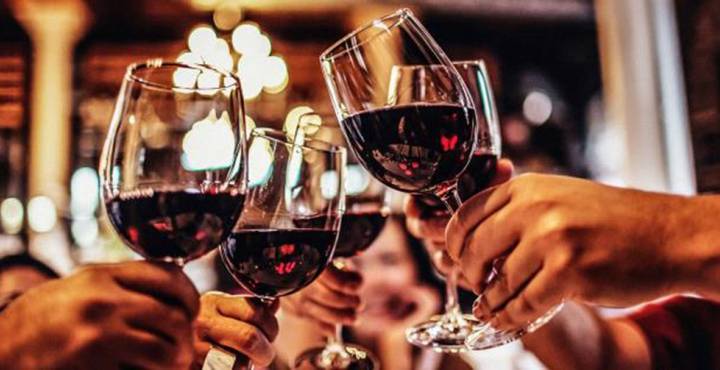 The four entered their usual restaurant in Delhi after more than a year. The manager, who knew them quite well, beamed the usual gracious smile and escorted them to their usual corner table.

The bald and bespectacled man ordered the usual, and said to others, “boire un coup!” The others ordered the usual, a 2002 Napa Valley vintage for R_______, a Beefeater for Sa______, and Pimm’s Iced Tea for A____. While R______ was dressed up in a dapper suit, Sa______ was looking chic in a plain green saree, her hair coiffed to resemble an ex-Prime Minister’s. A____ was in his usual faded kurta, and one would have thought that he had no other clothes.

The perspicacious manager noted that the group was more upbeat than when they had met earlier.

Although S______’s face always carried an imprint of a smile, this time it was deep and genuine. “So, my friends, here we are again after a tumultuous year.”

Sa______ was the first to respond, which was not surprising. She beamed her best smile and asked, rather rhetorically, “Did you read my fabulous bestseller?”

“I cannot congratulate you on your staid English,” said A____, ever so gently. She was not amused, but her husband immediately shifted the goalpost. “It was a masterstroke, S______! If not for that potty-mouthed Ai___ we would have got Gujarat too! What do you think?”

S______ was not a man who rested on his laurels, and he knew well that in the new world of social media, praise, like outrage, lasted only 48 hours.

With great humility he said, “It was not exactly rocket science to use caste as the basis for ensuring social justice.”

“Ensuring social justice” was the accepted phrase to indicate breaking the vote-bank by creating or deepening fault-lines through caste and religion. Even within the confines of his friends, S______ believed in using the right language.

Gujarat was just the right laboratory to test the caste waters, and it had given some good insights despite setback. Maharashtra, Rajasthan, Karnataka, Madhya Pradesh, the possibilities were endless, just like the permutations of caste arithmetic. Even Nitish Kumar would have dropped his jaw in awe at this social re-engineering experiment.

A____ remembered the old conversation, and in a voice brimming with sarcasm, turned to R______ and asked, “How is your new true patriot kid working out? Did he win Gujarat for us, or did he just put out his seedy CDs?”

While R______ was wondering whether to punch A____ or maintain his class, Sa______ intervened and quickly shifted the goalpost. “Look at the brighter side! We have the Internet Hindus squawking like headless chicken, pulling each other’s legs, outraging at suspended accounts, and ceaselessly yelling at their own leaders.”

S______ added, with a twinkle in his eyes, “And didn’t I tell you that we may yet have some solid surprises for our Sanghi friends? The courts have been wonderful, and our network is stronger than ever now!”

After a slight pause, A____, as usual, raised the most important incomplete question of all, “How is the…?” and bowed his head. The others too bowed their heads in Reverence to the Supreme Sacrificer, She Who Shall Not Be Named. “Never been happier,” said S______. “With Ra___ G______ turning out to be a delectable blend of charm, confidence, and caustic wit, what is there to worry about? Go Goa Gone!”

On hearing this, A____ permitted himself a rare grin. “I have been saying this for years, that Ra___ is not only good looking and charismatic, but has an uncommon understanding of Indian reality.”

S______ said, “We have them busy laughing and jeering at the calculated gaffes of Ra___, while we continue to do our work unhindered. Surprisingly, even the ministers have fallen into this trap.”

The four knew quite well the reluctance of M___ and his government to do anything even remotely retributive, even where it actually made political sense. After an excruciating lull in the initial half, when nothing untoward really happened to them, they knew that it was time now to up their ante and go full throttle. Every medium of communication was in their control, whether the print media, the visual media, or even the social media.

“M____ bhakts sometimes give us a tough time to ignore them on Twitter,” continued S______. “Occasionally someone like our J____-saab lose their cool, but frankly, Twitter is at best a parallel world with hardly a connection to what happens on the ground. We could use Twitter to keep them all busy with their trends and jokes and facts and outrages while we do some real mobilization through WhatsApp and Telegram and Facebook. The new W-T-F in social media!”

“Newton only told half the story,” said R______, rather enigmatically. “Every action has an equal and opposite reaction, but in politics, the reaction takes considerably more energy than the action.”

“Just a year back, the famous Ghanchi looked invincible,” observed A____, and then added, without an iota of irony, “and now, we are on our way to decimate the caste barriers!”

Once again, Sa______ quickly shifted the goalpost to save her darling husband. “By the way, what is happening down south? Do you think Superstar would spoil our party?”

A____ and S______ laughed gently at her innocence, or perhaps, ignorance. “You should travel to Chennai more often, and not just to launch your books,” said S______. “Also,” retorted A____, “it would help you write better articles than that Tamil Teri Maa atrocity.”

On seeing a bristling Sa______, R______ now shifted the goalpost, “I don’t understand. Doesn’t Superstar have the pull to change the face of politics in the south?”

Surprisingly, it was A____ who answered. “Religion is a powerful political weapon, R______, and it can trump any other passion in people, even in people as movie-obsessed as our Madrasi friends. Remember the brouhaha over the J_____ V____ movie?”

R______ was still confused. “I remember that, and it was heartening to see people raise their voice against the stifling of freedom of expression against M___’s GST.” Apparently, J______ was not responsible for GST as much as M___ was.

A____ coughed a little, indicating that S______ had spoken far more than what was necessary. “Well, let us just say that the days of Superstar are past.”

At this, they clinked their glasses and ordered another round of drinks. For today, unlike the year before, there was no apprehension about who would pay the bill. The Winds of Change had just started blowing from the West.