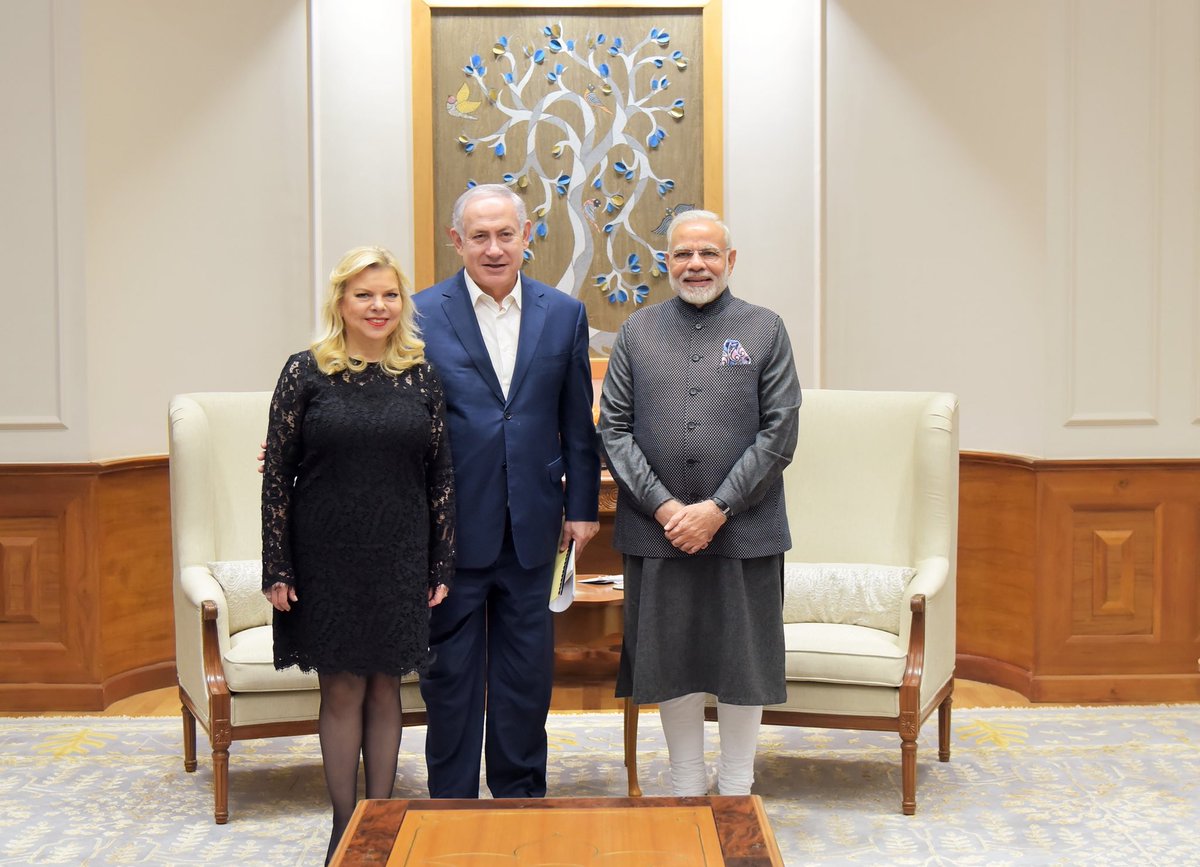 PM Modi’s visit was special in so many ways. Not only because he was the first ever Prime Minister of India to visit Israel, but also because what he planned not to do. Usually, as a step to not offend Arab nations and Palestinian authorities, most world leaders, when they visit Israel, also visit Ramallah, the Palestinian capital. PM Narendra Modi did not do that. The subtle messaging behind the step was not missed by foreign policy experts.

Ever since PM Modi came to power in 2014, India and Israel’s bilateral relationship has come out of the shadows. Vital point here being trade and defence deals have always happened between the two countries after diplomatic ties were established under then PM PV Narasimha Rao in 1992, But India has never highlighted it. The ongoing joke after 2014 was that India was “ready to put a ring on the finger”. Meaning India has started to openly acknowledge the strong relationship between the two nations. PM Netanyahu yesterday reaffirmed it when he stated, “India and Israel are a match made in heaven”

The bonhomie between the two countries is easily understood if one looks at the ease and comfort with which the two respective Prime Ministers greet each other. Both leaders share a very informal and warm bond which also signals the way relationship between the two countries has evolved so far. The Israeli PM has time and again asserted that India is to remain an all-weather friend for Israel.

It began with PM Modi’s historic visit to Israel that created tremendous enthusiasm,it continues with my visit here which I must say is deeply moving for me,my wife&people of Israel.Heralds a flourishing partnership to bring prosperity,peace &progress for our people: Israeli PM pic.twitter.com/tYVAlTZZgG

Yesterday after being welcomed by the Indian PM himself, PM Netanyahu and his wife Sara visited the Teen Murti Chowk memorial which has been renamed to Teen Murti-Haifa chowk commemorating the sacrifice of Indian Soldiers in the Israeli city of Haifa.

Yesterday on 15th, after visiting Rajghat to pay homage to Mahatma Gandhi, Mr Netanyahu attended a grand welcome ceremony at Rashtrapati Bhavan in his honour and met Indian political leaders and diplomats. Later in the day both PM Netanyahu and PM Modi address the media where PM Modi expressed his pleasure over the booming bilateral co-operation between the two countries and called for policy and infrastructure development for facilitating people and business flow between two nations. Mr Netanyahu hailed PM Modi as a revolutionary leader and expressed gratitude to India on behalf of his people. He also pointed out the fact that in the 3000 years of co-existence as civilisations, PM Narendra Modi was the first Indian Leader to visit Israel. He praised India for being tolerant and nurturing and for never letting the Jews face persecution of any kind. He stated that he is the son of a historian and the world’s oldest scriptures are written in Sanskrit and Hebrew.

Later in the day, the two leaders attended the India Israel Business Summit. It is to be noted here that PM Netanyahu has brought with him the biggest ever business delegation of more than a hundred members. 9 MOUs were signed for co-operation on various fields ranging from cybersecurity, film co-operation and Air Transport Agreement to Homoeopathy, oil & gas and space science.

I arrived in India with the biggest delegation of business leaders that has ever joined an Israeli PM on an official visit. The goal: to deepen the economic ties between India and Israel. Prime Minister @narendramodi, thank you for believing in Israel just as we believe in India. pic.twitter.com/dsizuIBtFC

In the Business Summit address, PM Modi emphasised the need for technology and innovation to reach the common man and insisted how Israel, known as the world startup hub can help India’s people to achieve this goal.” India has size and scale, Israel has sharpness and edge”, the PM remarked.

Both leaders also launched a 40 million USD Israel-Indian development fund and urged the participating CEOs to invest and work on it.

Mr Netanyahu is visited Agra today with his wife Sara Netanyahu where they were warmly received by Chief Minister of UP Yogi Adityanath. He was greeted by traditional folk dancers and later proceeded to visit the Taj Mahal.