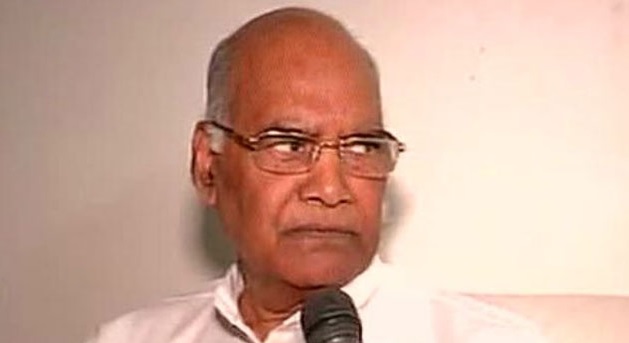 The Aligarh Muslim University Students Union has registered a strong protest against University extending an invitation to President Kovind for having ‘Sanghi mindset that is against humanity’.

Not opposing Pres, we oppose ‘sanghi’ mindset. In 2010 Pres said Muslims & Christians are alien to country, that bothers us till date but we welcome Pres. No other person with ‘sanghi’ mindset will be allowed to enter, those coming as per protocol can come: AMU Student Union Secy pic.twitter.com/8nCs3INxIs

President Kovind is invited to Aligarh Muslim University to be the chief guest at the annual convocation to be held on 7th March. Kovind would be the first President to attend the convocation at AMU in 32 years after Giani Zail Singh.

However, the students’ union warned the university against inviting any ‘RSS functionary’ at the University’s convocation. The union has reportedly warned that the AMU authorities will only be responsible for consequences in case any RSS functionary attends the functioned. AMUSU secretary Mohd Fahad, in a veiled threat, has said, ‘If any Sanghi or anyone associated with Gandhi’s assassination and demolition of the Babri Majid attend the convocation, they will not be treated well as we know how to deal with such elements,’ Fahad was reportedly speaking of President Kovind’s 2010 statement where he had allegedly said ‘Islam and Christianity are alien’ to India. AMUSU, however, said they respect the constitutional position President Kovind holds.

Last year in October, AMU had protested against an invitation extended to a minister in Yogi Adityanath government for inviting a BJP leader.