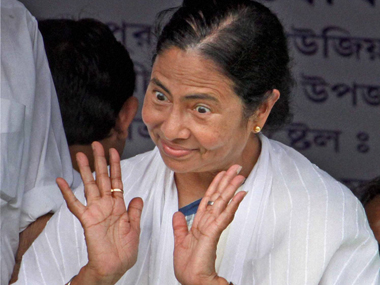 West Bengal Chief Minister Mamata Banerjee, who is on a 3-day visit to the national capital to meet leaders of opposition parties to form an anti-BJP alliance for upcoming 2019 elections, may or may not meet Congress President Rahul Gandhi. She is also expected to meet UPA chairperson Sonia Gandhi later, who hosted all opposition ‘fabulous dinner‘ which was skipped by Mamata.

Mamata arrived in Delhi on Monday night and is expected to meet NCP chief Sharad Pawar over dinner hosted by latter to explore forging an anti-BJP alliance. Sharad Pawar had denied any plans on hosting dinner for Mamata.

There is no meeting, there is no dinner: NCP Chief Sharad Pawar on question whether there will be a dinner meeting with West Bengal chief Minister Mamata Banerjee #Delhi pic.twitter.com/Sz6bQfTOJ7

However, within hours, the duo met in Delhi.

While Mamata sought an appointment with Sonia Gandhi at the last moment, it is still unclear whether or not meeting Congress President Rahul Gandhi is on the cards. Mamata has maintained her meeting with Sonia Gandhi is more personal since the latter is unwell. However, she has not shown any interest in meeting Sonia’s son Rahul, who aspires to be the Prime Minister of India one day, just like his father, grandmother and great-grandfather. However, some media reports say that she will be meeting Rahul Gandhi and even her Delhi counterpart Arvind Kejriwal. Mamata has also reportedly said that she will not meet Rahul Gandhi unless he approaches and invites her.

Even as Mamata Banerjee aspires to take on a bigger role in opposition as the crucial elections come up, it is believed that Congress is strongly advising her against forming a separate front keeping Congress aside as it may just end up helping BJP by splitting votes.