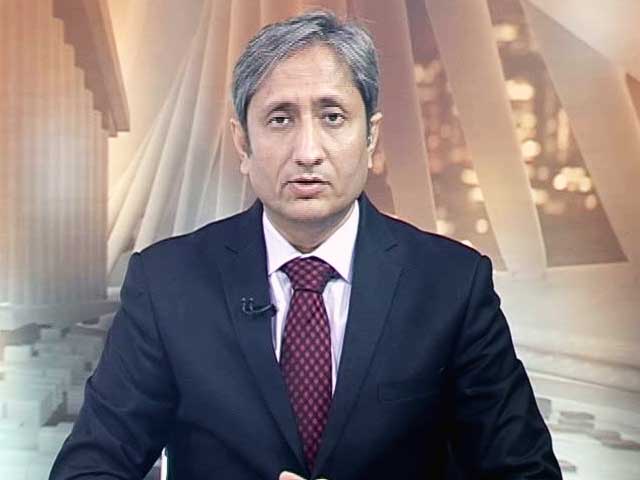 In a recent incident senior journalist and champion of free speech, Ravish Kumar has been allegedly caught not only violating traffic rules but also threatening a person who took the photograph of him doing it. An image of that has gone viral on social media. The Journalist was found to be driving with his earphone, which is a punishable offence under the Indian Road Rules. This is a serious violation as many fatalities have occurred in the past when drivers were using earphones while driving. 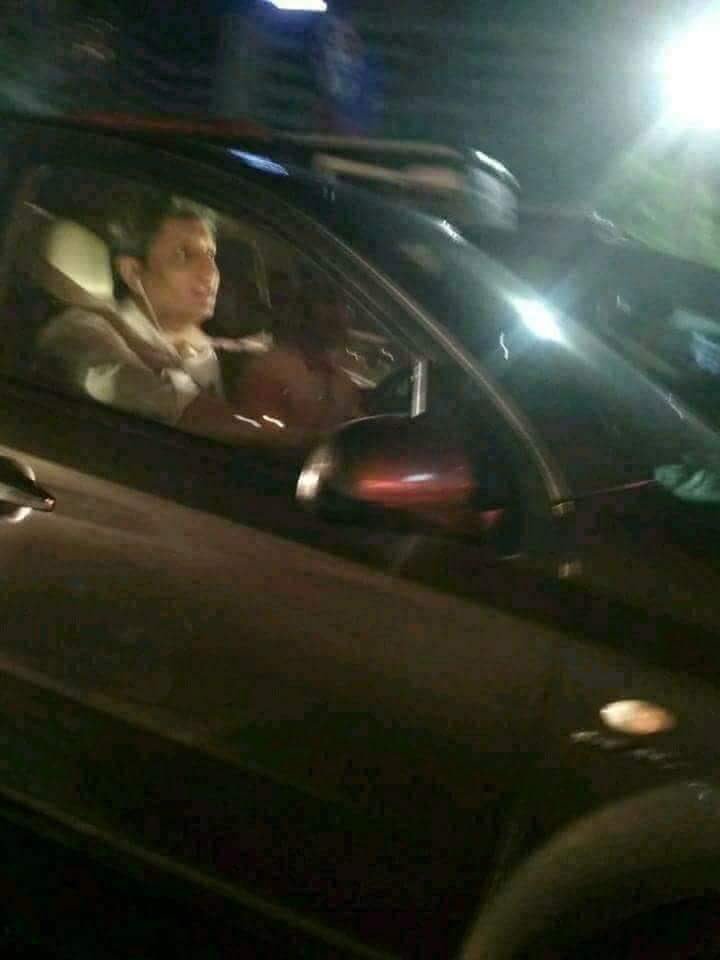 The NDTV Journalist has responded to these allegations in a rather interesting way. Ravish Kumar claims to be under threat. In his post, he said, “My life is under threat as somebody is chasing me and taking pictures. Somebody is following me for a very long time and they are collecting all my personal data”. Ravish also said that he feels that he is under some sort of huge surveillance system and doesn’t offer any credible proof for that. He said that his family too has been under massive surveillance and are feeling threatened by this. In his post, He said he will continue to use the earphones despite it is against the rules. Interestingly, Ravish does not explain how using earphones while driving helps him warding surveillance. 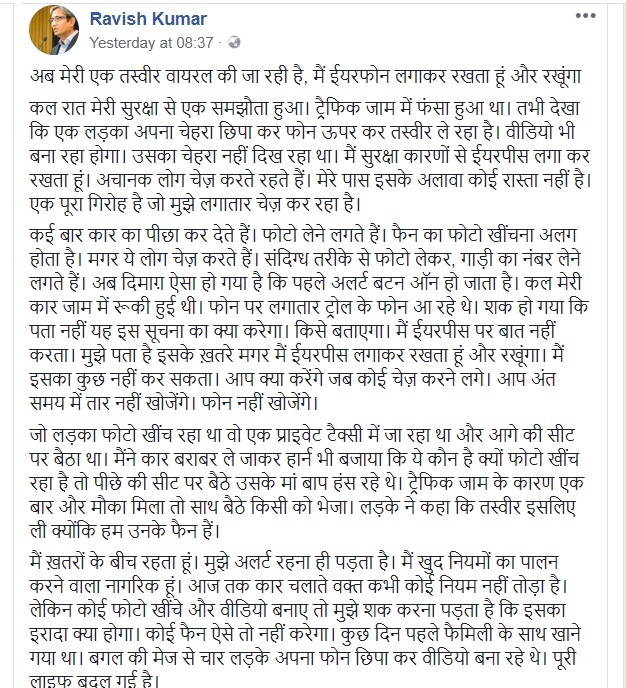 The person who has claimed to have taken this photo has reacted to Ravish’s post. In his post, he claims that Ravish Kumar was using his phone while driving. He even accuses the ‘liberal’ journalist of threatening him and his family and said that Ravish Kumar sent goons to attack him. The person named Anupam also claims that Ravish followed his car for about 40 minutes. In his post, Anupam says he is worried about his life after the photo taken by him has gone viral. It seems that the Journalist has resorted to a Facebook post as soon as the photo of violating the rules went viral. 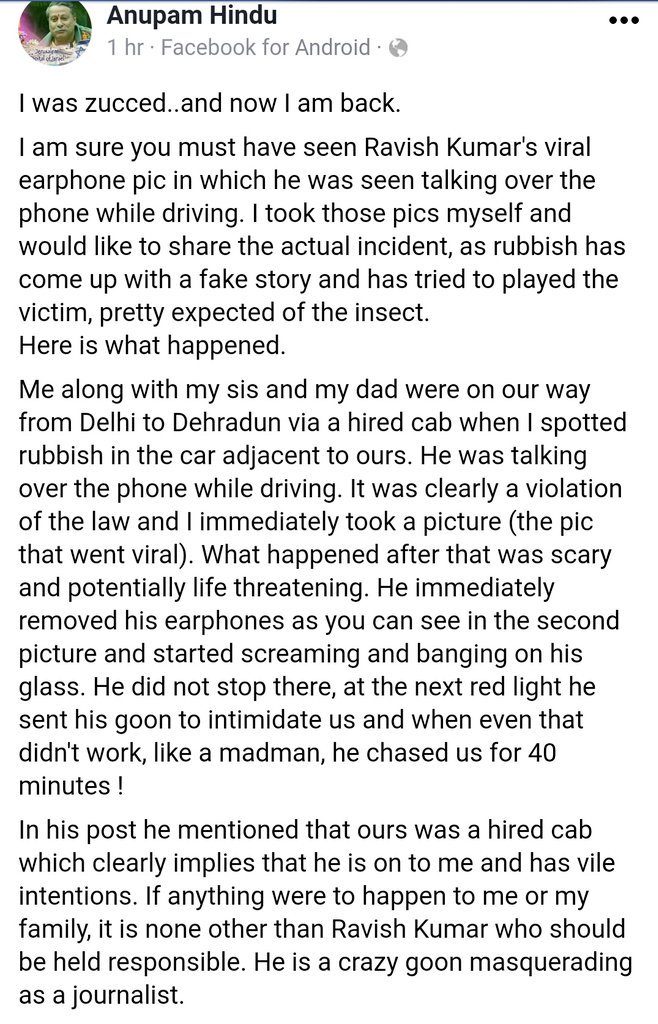 Twitter users mocked him for sheer display of paranoia. The users alleged that the journalist is using the theory of surveillance rather than admitting his mistake of violating traffic rules and threatening people. Some people even questioned his credibility over his facts.

Here is the other side of story of that viral photo of Ravish by the person who took it, He is seriously Paranoid/Schizophrenic or acting as such. He needs Treatment!! pic.twitter.com/574pInClco

Interestingly some even went to the extent of accusing him of doing surveillance and propagating the same narrative in the past.

Remember that schizophrenic loony, James Priya aka Gurgooo, who wrote crazy fictious stories about Ravish Kumar & others? Read her fictious accounts, and then this FB post from Ravish Kumar. Not insinuating anything, but the writing styles…??? pic.twitter.com/Its7nbDtUm

This event has caused apprehensions in public about disrespect for rules and regulations by journalists who claim to be the voice of the people and how easily they get away with crimes citing bizarre theories on surveillance. This changing of goal posts rather than admitting the mistake can be seen as the arrogance of elites in the media and is unfortunate.