OpIndia
Home Opinions China opens trade doors for Nepal, allows access to ports. What does it mean for India
OpinionsPolitics

China opens trade doors for Nepal, allows access to ports. What does it mean for India 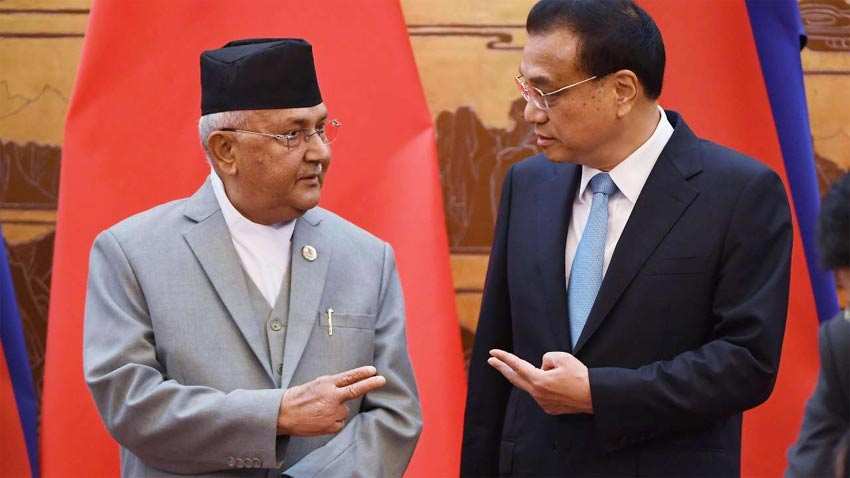 Nepal and China have finalized the protocol text of the Nepal-China Transit and Transport Agreement. This agreement is set to allow Nepal access to Chinese ports, including Tianjin, Shenzhen, Lianyungang and Zhanjiang open seaports and Lanzhou, Lhasa and Xigatse dry ports in China for third country trade.

This agreement is being touted within the Indian media as an end of India’s monopoly over transit rights to Nepal. While such agreements definitely make good headlines provided the popular frame of looking at China’s increasing involvement in South Asia as an act of undercutting India’s influence but ground realities are very different.

Being a landlocked country, Nepal relies on access from neighbouring countries to participate in international trade. With India, mainly two agreements govern the transit: the India-Nepal Treaty of Trade and Transit and the India-Nepal Rail Services Agreement. Nepal uses Kolkata and Haldia ports for its international trade where Kolkata port handles mostly containers and Haldia port handles heavy cargo such as coal and cement. Around 6,000 of Nepalese containers are moved through the West Bengal ports compared to just 150 for Bhutan. According to some estimates, 90% of Nepal’s international trade is routed through these ports. Off late there has also been a trend to route Nepal’s imports through the Vishakhapatnam Port due to importers concern with rising costs at the ports located in West Bengal.

Due to its landlocked status, Nepal is dependent on Indian ports for its trade. There are always minor issues involved with the use of these ports such as cost factors and delays etc. However, a blockade at the India-Nepal border in 2015 where Nepal’s essential supplies were cut-off for a period of two months triggered anti-Indian sentiments at another level altogether. The blockade was caused due to protests by Madhesis demanding a greater representation in the country’s new constitution. But the government in Nepal started viewing it as an “unofficial blockade” by the Indian government in solidarity with the Madhesis who ethnically, in terms of language and culturally have a resemblance to people in the Indian state of Bihar and Uttar Pradesh. This understanding of the Nepalese government led it to look for alternative options for transit trade. Even during the blockade, China came to the aid of Nepal by supplying essential commodities and fuel providing relief to some extent.

While Nepal under KP Oli’s Prime Ministership has taken a number of steps to increase economic linkages with China. There has been a sharp departure in China’s policy as well towards Nepal. While earlier it was content with the Himalayan Kingdom paying lip-service to the ‘One China’ policy and keeping Tibetan activists under a hard watch, now China has started to actively cultivate its influence in every manner possible- investments, outreach initiatives, cultural diplomacy, academic exchanges et al. While this can worry India at many levels but as far as the transit rights are concerned, Himalayas continue to remain the most important challenge to the Nepal-China transit story. Any talk of China allowing access to its ports or a rail-link substituting the existing transit trade must be carefully weighed in on the basis of the facts at hand.

The ports that China has promised to provide access to are roughly more than 3,000 Km away from Nepal. The nearest port is Zhanjiang which is 2,755 km away from Nepal while the rest of the ports are more than 3,000 km away. In trade, every kilometre of transit increases the cost of the final product. Traversing this distance in comparison to Kolkata which is 774 kilometres away and Vishakhapatnam which is 1194 kilometres away would entail exorbitant cost and time. In fact, the road infrastructure, especially from the Nepalese side, would require a high level of investments, something that Nepal might not be able to commit to owing to the size of its economy.

China had earlier expressed its desire to supply petroleum products to Nepal. Nepal also showed interest in importing at least 1/3rd of its requirements from China but difficult Himalayan terrain poses a significant challenge to any meaningful fuel-trade between the two countries. The officials in the Nepal government are also aware of the challenge especially due to the absence of infrastructure on the Nepalese side. There already is an awareness amongst the policymakers that China will not be interested in commercially supplying fuel to Nepal if it is not economically viable for the country. Nepal Oil Corporation even signed an MoU with PetroChina to import fuel for Nepal from China however that agreement has not been implemented commercially. Plus, the Nepalese government has started granting petroleum import license to private firms who have shown a preference to import fuel from India at much cheaper rates instead of considering the Chinese option which is expensive and not commercially viable.

There is also a tendency to place hopes on the China-Nepal rail link through Tibet. China cannot fulfil Nepal’s fuel requirements even if the Tibet railways reach right up to the Nepal-Tibet border. First of all, providing access to Tibet is China’s own security pressure point. One of the reasons why China is interested in a healthy relationship with Nepal is because of the large Tibetan community whose activism if goes unchecked can become a nuisance. Opening Tibet to Nepal on a scale that trade relations normally require would be a security headache for China and it will surely prefer to avoid it.

Secondly, the Kolkata-Raxaul railway line is a much cheaper and less costly alternative to the China-Nepal rail link. Because a rail link in the difficult Himalayan terrain requires heavy investments with mostly bridges and tunnels lining up the entire route. Is it logistically wise to depend on rail links in such difficult terrains for your key supplies? The railway project is clearly fraught with dangers. The contractors needed to work on the project have been tough to find because of health and environmental hazards. More than a 100 died during the construction of a small section only. The cost is again very prohibitive with even a conservative estimate putting it at $16.1 Million per 0.6 miles.

Long story, cut short, the fears of Nepal’s transit dependence on India being replaced by China are not new. The Araniko Highway, connecting Kathmandu to Tibet constructed in the 1960s has been used in the past also to play the China card against India. However, to imagine that it can handle volumes of cargo traffic that can fulfil Nepal’s essential requirement is impossible. In fact, this oldest infrastructural link between modern-day Nepal and China can’t handle Nepal and China trade alone. A huge quantity of goods continues to come from China to Nepal through the Kolkata seaports. This highway has often fuelled many fantasies of China-Nepal trade but it is environmentally vulnerable to the extent that the friendship bridge that links the highway on both sides is reduced to just minor foot traffic after the 2015 earthquake. Thus, this link continues to remain one of the most dangerous roads in the world with frequent instances of landslides blocking access.

In the current scheme of things, it looks very difficult that any transit rights provided by China to Nepal can end the historic relationship of transit and trade that exists between India and Nepal. In fact, Nepal’s own media believes that such agreements provide “psychological boost” at best and might reduce the “excessive dependence” of the landlocked country by India. Even they understand that China cannot replace India or end its monopoly. Nepal’s own foreign policy experts call the transit agreement as posturing by Nepalese elites to please the public back home and send a message to India.